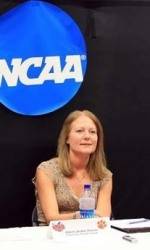 CLEMSON, S.C. – Jolene Jordan Hoover announced the signing of three student-athletes on Wednesday for the 2010 volleyball class in setter Hannah Brenner, defensive specialist Camila Rosado, and outside hitter Moneshia Simmons. The three will be looked upon to help fill voids early, as the Tigers will lose a key player at each position to graduation following the 2009 season.

Clemson is earning a reputation for developing talent early, as the Tigers’ current freshman class has contributed more than 52% of the teams’ offense so far. Three players, Sandra Adeleye, Alexa Rand, and Natalie Patzin are pushing for spots on the ACC All-Freshman team. Adeleye is also the reigning ACC Player of the Week, only the second Tiger freshman ever to do so.

Hannah Brenner is coming to Clemson from Orrville, Ohio as a setter. At Orrville High School, she was a two-time member of the first team all-district, was named first team All-Conference three times and was a member of the Jackson Invitational Tournament team twice. Brenner lettered four years in volleyball.

Hoover on Brenner: “Hannah is a very energetic athlete with a great work ethic. I have been so impressed with our current freshman class and their work ethic, and Hannah will just continue to add to that team strength. Hannah has a distinct advantage with being a left handed setter and being able to be aggressive and attack the second contact. We haven’t had a lefty in the program in a while and are excited about what that dynamic will bring to the team.”

Camila “Cami” Rosado is from San Juan, Puerto Rico and attended Colegio Rosa-Bell High School, and will fill the hole left by senior Didem Ege as the libero. In high school, she was awarded the PRHSAA All-Star team Coaches Award in 2008 as one of the top eight players in the league. She was also the libero for the undefeated 19 & under 2009 Puerto Rican League Champions and for the 2009 Puerto Rico Junior Nationals 20 & Under Championship team, which is the biggest club tournament in Puerto Rico.

Hoover on Rosado: “Cami is a fantastic person with a love of the game. She has traveled to so many places to play and just loves to compete. She has had a tremendous amount of success in the outdoor game and is used to covering a lot of court and handling a lot of responsibility. We are looking for her to succeed Didem Ege as our libero, which will be a tough task, but I like Cami’s chances! She has a long resume with many accomplishments and honors, and she is also very mature and humble, which just makes her that much more special.”

Moneshia “Mo” Simmons comes to Clemson as an outside hitter and will look to fill in for senior Lia Proctor. She is ranked as the #67 recruit overall by prepvolleyball.com and will be a great compliment to current Tiger Natalie Patzin. At Mill Creek high school in Hoschton, GA, she was named first team All-State, was a member of the state All-Star team, and was named Gwinnett County First-team. The six-footer tallied 400 kills, 88 blocks, 48 aces, 182 digs as a senior.

Hoover on Simmons: “Mo is a fantastic athlete with a tremendous amount of potential. She is relatively young regarding volleyball and has focused more on basketball until recently, so we are thrilled about her future. She has been playing middle for her high school and club teams and we plan on moving her to the outside position. I am excited to see her progress and given a little time, could develop into one of the top outsides that we’ve had at Clemson.”