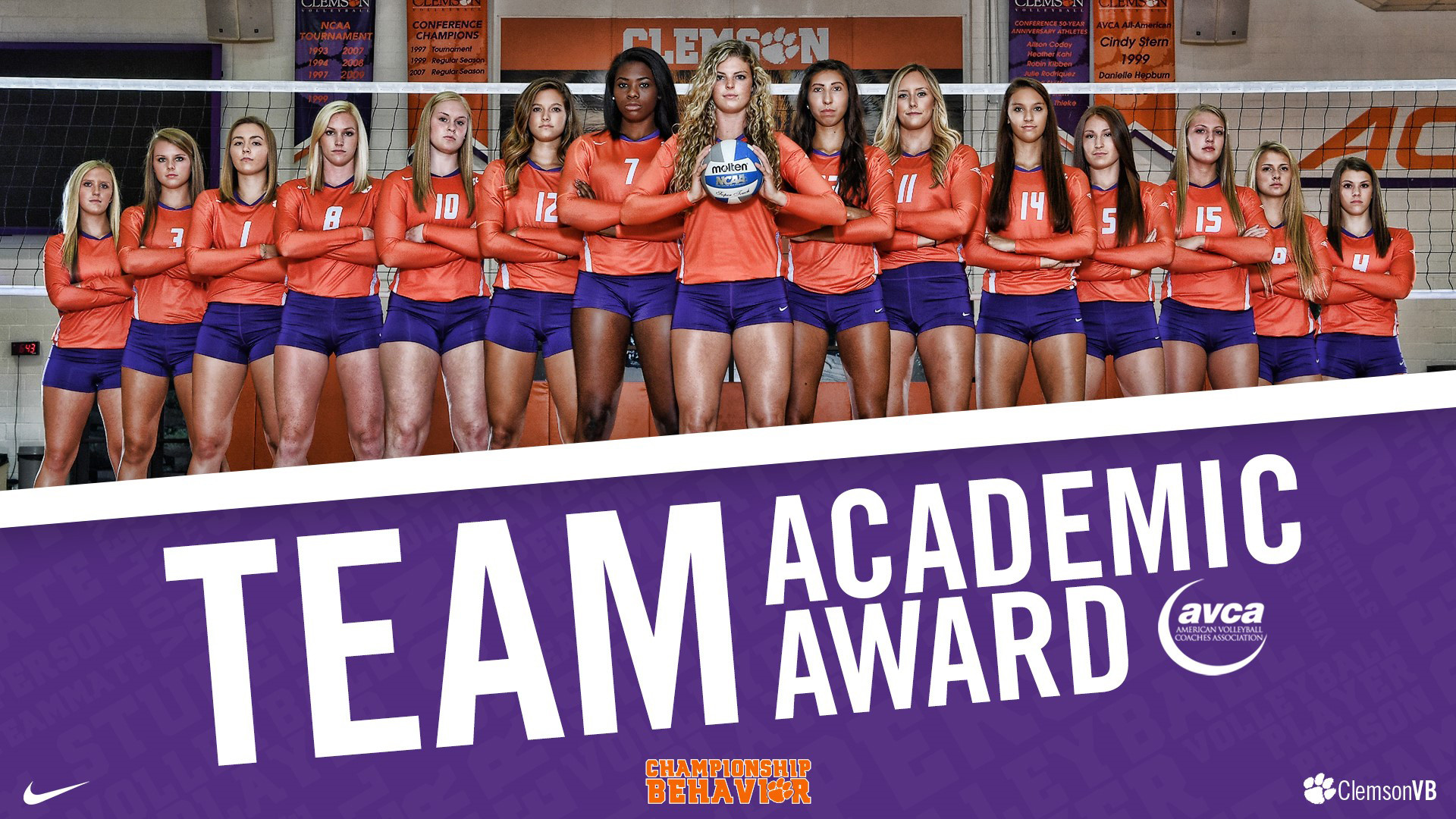 CLEMSON, S.C. – The Clemson volleyball team earned the AVCA Team Academic Award for the 2016-17 season, as announced by the American Volleyball Coaches Association on Monday. This is the first time in program history that the Tigers have earned the AVCA’s team academic accolade. Clemson is one of 145 NCAA Division I women’s volleyball programs to earn the honor for 2016-17.

The Tigers recorded a cumulative team grade point average of 3.35 during the fall semester of 2016 and 3.37 during the spring semester of 2017. The 3.35 set a new program record for team GPA in the fall semester, while the 3.37 was just 0.01 away from tying the all-time program GPA record of 3.38, set in the spring of 2016. Eleven players were named to the Clemson Honor Roll in the fall, while a program-record 17 players earned Honor Roll recognition in the spring, including six Tigers with perfect 4.0 GPAs for the semester.

First-year Head Coach Michaela Franklin and the Tigers open the 2017 season on Aug. 25 and Aug. 26 when they host the Big Orange Bash. Clemson faces Bethune-Cookman on Friday, Aug. 25 at 7 p.m. in Jervey Gym.

ABOUT THE AWARDThe AVCA Team Academic Award, which was initiated in the 1992-93 academic year, honors collegiate and high school volleyball teams that displayed excellence in the classroom during the school year by maintaining at least a 3.30 cumulative team grade-point average on a 4.0 scale or a 4.10 cumulative team GPA on a 5.0 scale.