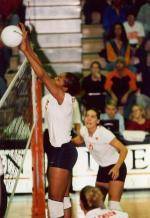 The Tigers will travel to Durham, NC, to play Duke on Sunday afternoon. The match is scheduled to begin at 2:00 p.m.