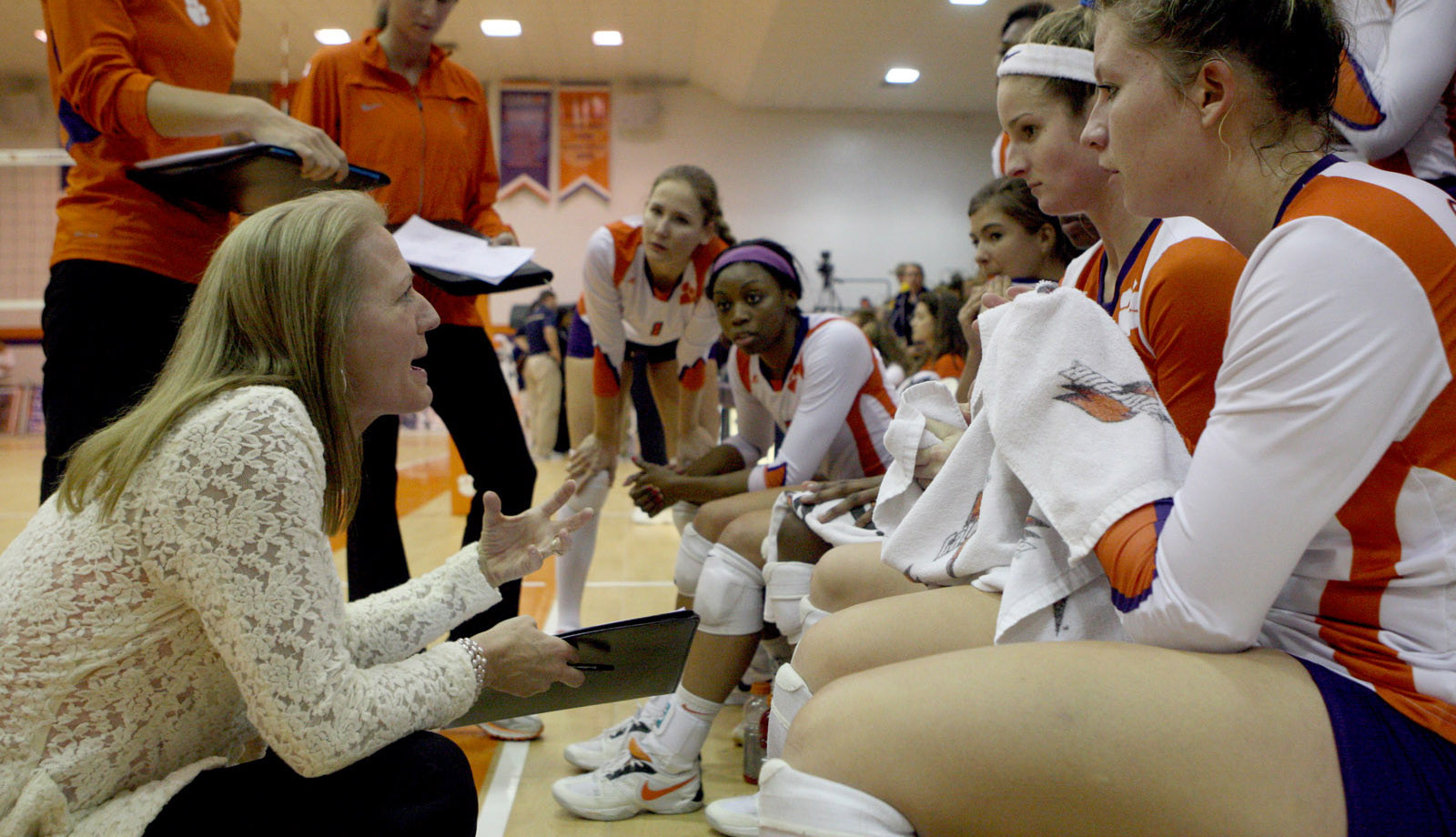 CLEMSON, SC – The Clemson Volleyball team has announced the Spring 2013 exhibition schedule, which includes meetings with Wofford, UNC-Asheville, South Carolina, USC-Upstate, and Georgia State. Head coach Jolene Jordan Hoover will have the opportunity to evaluate her new-look team with these outings.

Clemson opens play on Mar. 14 when they play host to Wofford at 6:00 pm. After spring break, the team will return to action at UNC-Asheville on Mar. 28. South Carolina comes to Jervey on April 5 at 7:00 pm, and they’ll close with USC-Upstate and Georgia State in a tournament on April 13. All home matches will be free to the public.

Clemson graduated four seniors who are among the most productive in Tiger volleyball history. Gone is four-time All-ACC selection Sandra Adeleye, All-ACC performers Alexa Rand and Serenat Yaz, and Natalie Patzin, who finished her career third in school history in career digs.

The Tigers return captain Mo Simmons, as well as setter Hannah Brenner and outside hitter Kristin Faust, each of whom started throughout the 2012 season in which Clemson compiled a 21-10 record.

January additions Beta Dumancic and Niki Collier will participate with the team this spring. Dumancic is a 6-foot-3 middle blocker, while Collier, who transferred from Missouri, is a 5-7 libero candidate.

The matches will not include the three freshman that Hoover has signed for the 2013 season in Megan Giardina, Leah Perri, or Cayley Balser.