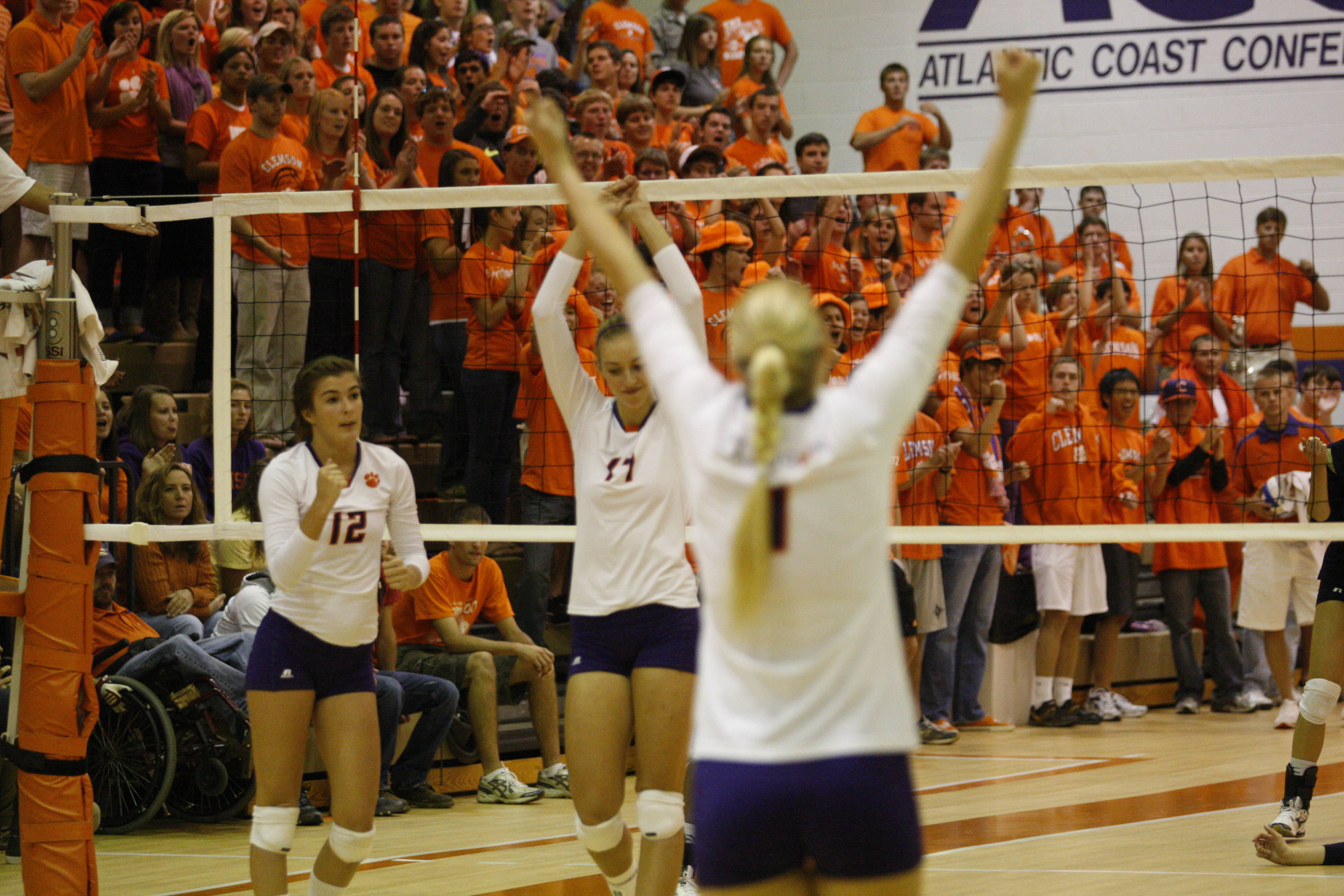 Head coach Jolene Hoover has announced the 2012 Clemson Volleyball schedule on Wednesday. The Tigers open their 36th season on Aug. 24 with the Big Orange Bash, and have two long homestands bookending the slate, including the final five matches of the season in Jervey Gymnasium. All matches held at Jervey Gym are free to the public, and all of the home events will be broadcast live for free on the internet. The Tigers will play 20 league matches, and participate in four tournaments, including the Big Orange Bash and the Clemson Classic to open the season. The Tigers will also take part in the Carolina Clash in Columbia, SC, and the Georgia Tech Classic in Atlanta. After the Orange and White scrimmage on Aug. 17, the 23rd edition of the Big Orange Bash will open the regular season for the Tigers, who welcome Coastal Carolina, South Carolina State, and Xavier during the weekend round-robin. The Slovenian Junior National team will come in for a mid-week exhibition before the Clemson classic starts on Aug. 31. Charlotte, UT-Chattanooga, and East Tennessee State will make the trip. Clemson then plays at Furman before heading to Columbia for the Carolina Clash, where they’ll take on South Carolina, Winthrop, and UAB. The Tigers will close non-conference play at the Georgia Tech Classic against Georgia State on Sept. 13 before starting ACC play the following day against the Yellow Jackets. Clemson alternates home and away weekends in ACC play starting with Sept. 21 and 22 when Maryland and BC come to town. The Tigers will travel to Chapel Hill for a mid-week nationally televised contest with North Carolina on Sept. 26, a match that will air live on ESPNU. They’ll go on to play NC State on the 29th in Raleigh. They’ll then play Virginia and Virginia Tech at home before heading to Duke and Wake Forest. Miami and 2011 NCAA Final Four participant Florida State visit for a Friday-Sunday slate, before the Tigers go on the road for four straight matches. The Tigers will close the regular season with five consecutive home matches from Nov. 9- Nov. 20. During that stretch, they’ll play NC State, North Carolina, Wake Forest, Duke, and Georgia Tech at home. Clemson returns nine letterwinners and all seven starters, including three All-ACC selections, from last season’s team that went 20-11 and 12-8 in the ACC, finishing fifth in the conference standings.