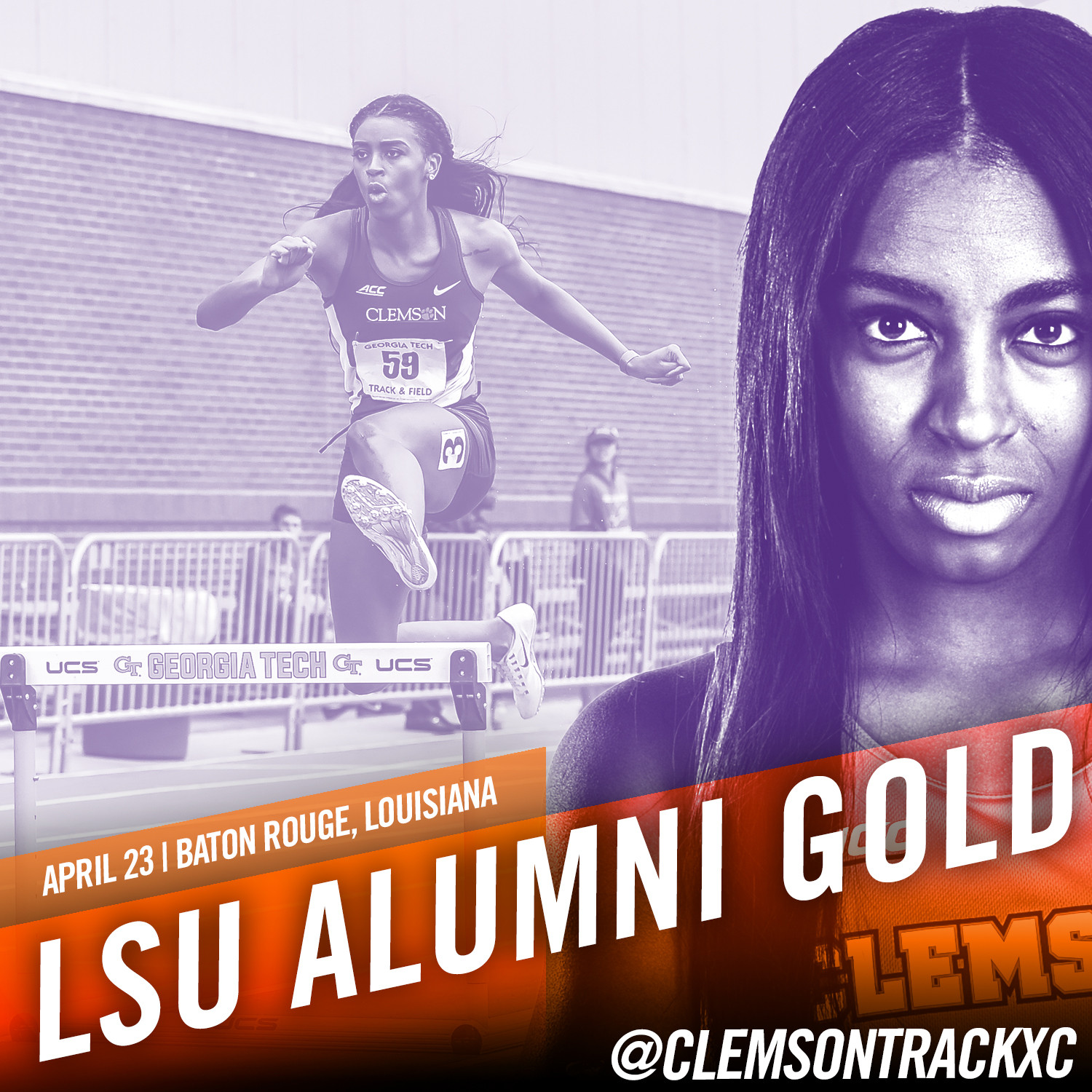 BATON ROUGE, La. – After a two-week hiatus from competition for all but two Tigers, Clemson will head to Baton Rouge, Louisiana for the LSU Alumni Gold meet on Saturday, April 23. Last week, James Dwyer and James Quattlebaum were the only two Tigers to compete as the rest had the week off.

Dwyer and Quattlebaum both impressed in their respective long distance events as Dwyer ran the sixth fastest 5,000 meter run time in Clemson history and Quattlebaum ran the eighth fastest 3,000 meter steeplechase time in program history. Dwyer’s 13:54.57 in the 5K currently stands as the 23rd fastest time in the country.

The rest of the Tigers haven’t competed since Auburn’s Tiger Track Classic on April 8th and 9th. There it was the mid-distance crew that highlighted the meet as they combined for four times worthy of the Clemson record book. Overall, Clemson turned in 26 personal bests in Auburn, Alabama.

John Lewis continued his record breaking freshman campaign when he ran 1:48.19 in the 800 meter run to claim the Clemson freshman record and record the fourth fastest time in Clemson history. The effort ranks him 22nd in the nation currently. Lewis also holds the second fastest indoor time in program history as well as the indoor freshman record in the event.

In the women’s 800 meter run, Ersula Farrow, Tanisha Coppin and Brianna Blanton all ran personal bests. Farrow ran the third fastest time in Clemson history when she crossed the finish line at 2:06.38. The freshman ranks 23rd in the nation entering the weekend. Behind her, Coppin and Blanton’s personal bests of 2:08.01 and 2:08.09 position them sixth and eighth respectively on Clemson’s all-time list.