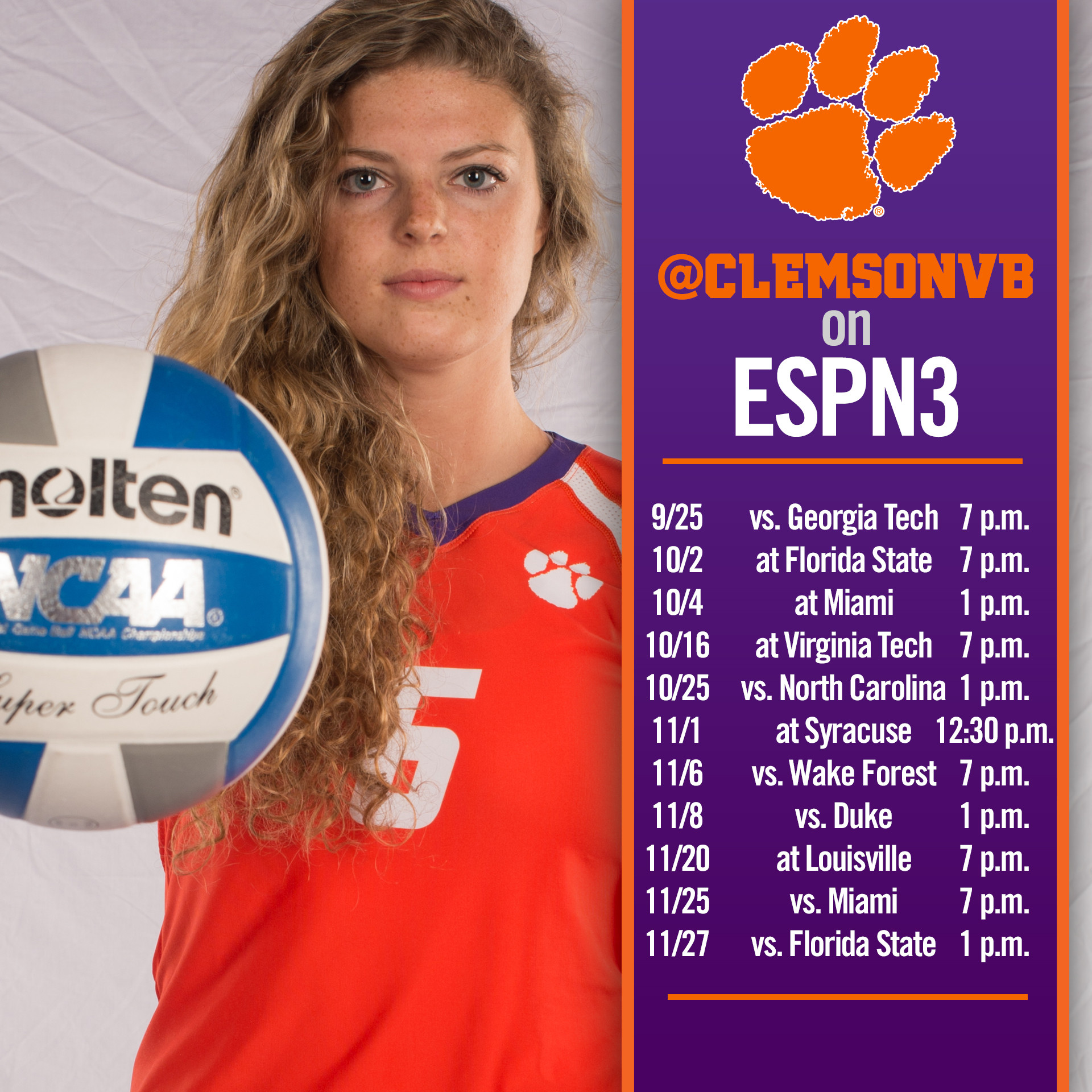 Clemson VB Vs The ACC On ESPN3

CLEMSON, S.C. – This season, 11 of Clemson volleyball’s 32 matches will be aired on ESPN3. Clemson’s 11 matches to be aired are the second highest total in the ACC behind Miami, which will be featured a total of 19 times over the course of its 2015 campaign.

Of the matches set for ESPN3, the Tigers square off with six 2014 NCAA Tournament contenders. All four of Clemson’s matches with Miami and Florida State will be aired as well as its two home contests against Duke and the reigning ACC Champions, North Carolina.

Fans can view the entire Clemson volleyball schedule here. Matches slated for ESPN3 are denoted and linked for viewers.