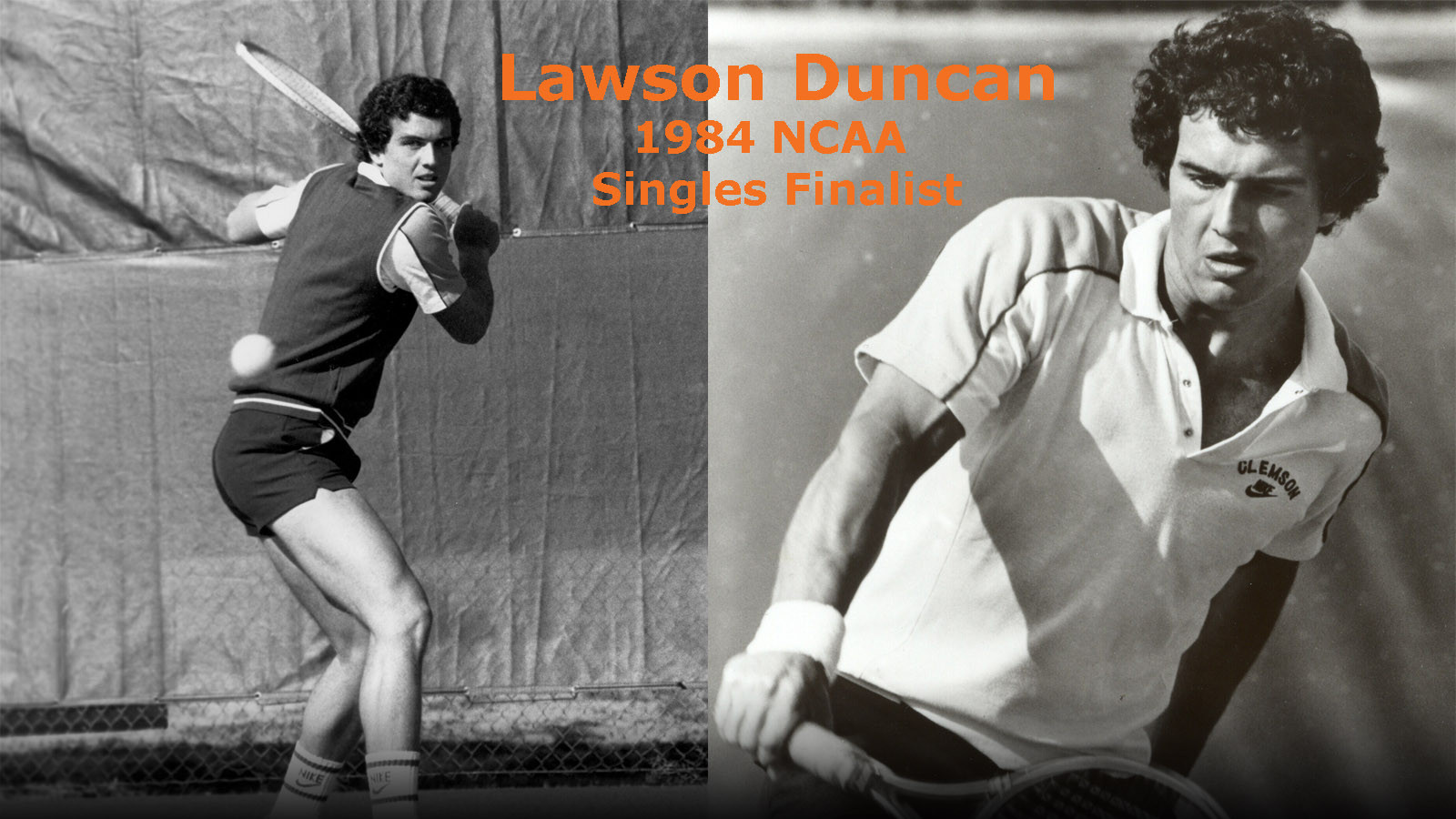 It’s been 30 years ago since former Clemson tennis standout Lawson Duncan played at Clemson. The tall, wiry player was virtually unheard of until late in his junior career. He came to Clemson from the mountains of western North Carolina In the fall of 1983, Duncan’s freshman year in college, he set all of the records in Coach Kriese’s training program at the track by running a 400-meter run in 50 seconds flat and the mile run in 4:41, both phenomenal marks for tennis players. Coach Kriese remembers him as a relentless worker.   “I remember Lawson would practice four hours with the team and then after dinner, you could hear the thump, thump, thump of the backboard as he would hit another hour or two into the night,” said Kriese. “He learned how to play tennis by himself on a backboard in Cullowhee, N.C. With some help from his father, Duncan honed his skills in that mountain town. He is the best athlete for sure that I have ever coached,” said Kriese. During the fall he participated in various tournaments.  He won the USC Fall Invitational in Columbia, and won the ITA Region II Qualifying tournament at Winston-Salem, NC. Later in the winter, at the ITA National Indoor Tournament, he reached the quarterfinals.     In the spring, he continued his winning ways and had a 30-6 mark in dual match play. At the Atlantic Coast Conference Tournament, Duncan won the number-one singles flight in College Park, MD at the end of April.     For his outstanding performance during the course of the season, Duncan was seeded third at the 64-player NCAA Individual Tournament in Athens, GA. In the tournament, Duncan defeated every opponent in straight sets as he played his way to the finals. In the NCAA Finals, Michael Pernfors of Georgia defeated Duncan 1-6, 7-6, 6-2.    He finished the season with a 70-14 record overall in singles in 1983-84 and was the recipient of the ITA National Rookie of the Year award. He was also a singles All-American. The 70 wins are a school record and possibly a national record. In the final ITA singles poll, he was fourth in the final rankings.

In 2004, the Atlantic Coast Conference in its 50th year of operations, selected a golden anniversary tennis team, and of course Duncan was included. After his freshman season, he turned professional and enjoyed a long career. “Lawson used every opportunity possible to become great, and that is why he became a top-50 player in the world,” said Kriese. “Duncan went on to have wonderful career in the pro ranks.”