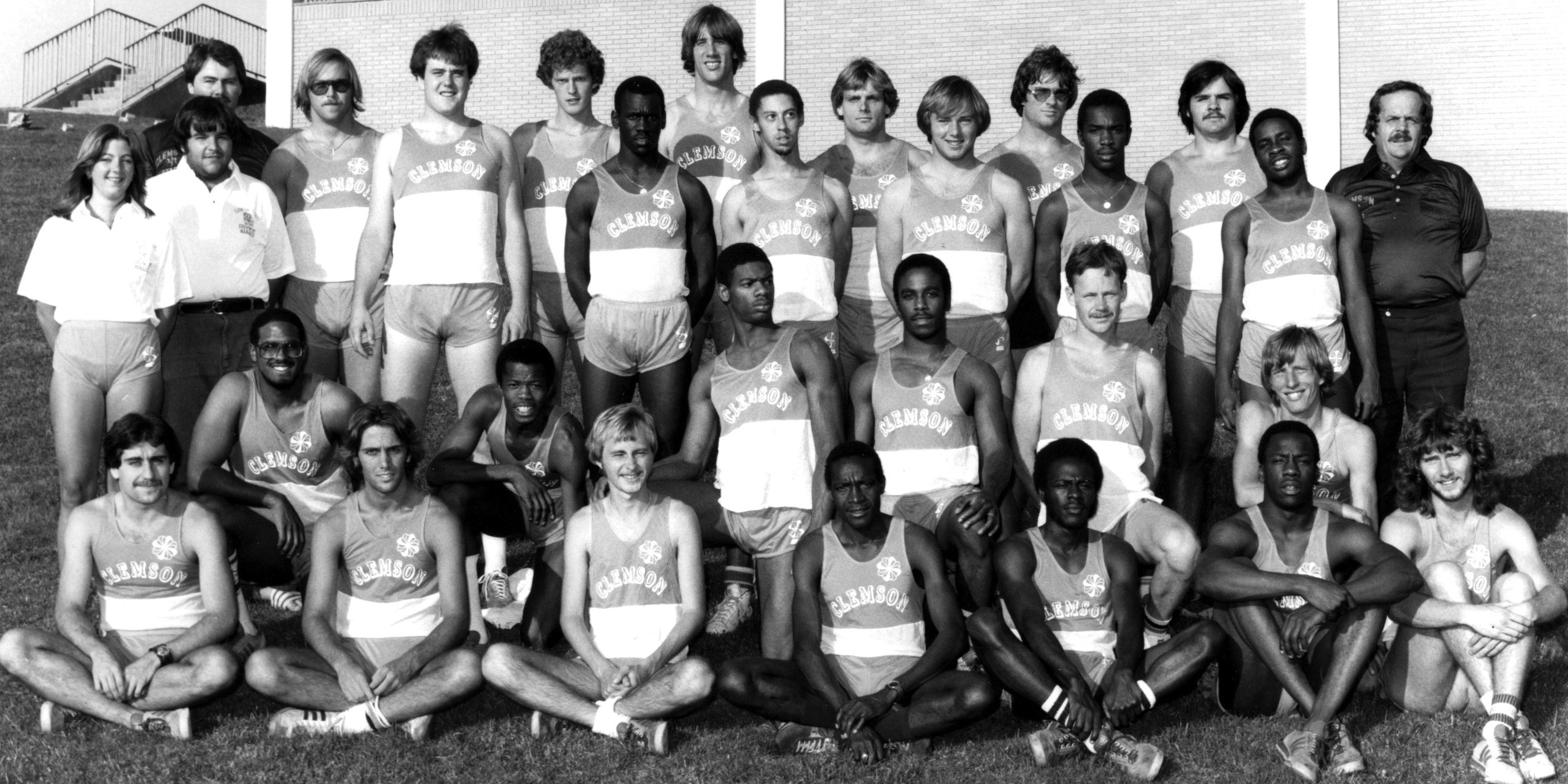 One of the most significant events in Clemson Men’s Track and Field History occurred 34 years ago this weekend. Claiming eight individual championships and amassing 150 points, Clemson won the Atlantic Coast Conference Men’s Outdoor Track and Field Championship for the first time in school history in Raleigh, NC. It was an “upset” of sorts as heavily favored and traditional powerhouse Maryland was looked upon as having the team to win another title. Also, the Terrapins had tradition on their side as they had won 24 consecutive championships heading into the meet and won the ACC Indoor event in Greensboro, NC in February, two months prior. Only one other school had won the conference championship other than Maryland, and that was North Carolina in 1955 giving the Terrapins 25 of the 26 ACC Titles since the conference first started operations in the 1953-54 school year. The Tigers had been runner-ups twice in 1964 and 1965 but simply did not have the depth those seasons to threaten Maryland’s reign.  However, 1980 would be Clemson’s year. Maryland finished second in the meet with 138 points for second place. The other finishes included:  N.C. State 106, Virginia 87, North Carolina 65, Georgia Tech 48, Duke 13, and Wake Forest 12. Clemson’s Julius Ogaro, a junior from Kenya, captured three individual titles and was the Tigers’ hero of the meet.  He posted a time of 8:42.3 to beat Virginia’s Mike Cotton, the 1979 ACC champion by less than two seconds in the 3,000 meter steeplechase. Ogaro followed that with a time of 29:31.6 to outdistance UNC’s Gary Hofstetter in the 10,000 meter run. Ogaro took the 5,000 meter run the next day with a time of 14:07.11. His times in the three and five thousand meter runs were both school records.   Running these three events, much less winning all three in one meet was very demanding and almost unheard of in the track world, but Ogaro made it look easy. “Ogaro’s accomplishments are remarkable when you consider he ran these events in two days,” said former Clemson Head Track and Field Coach Sam Colson. “He and all the guys just did a great job. It was a great performance by our guys.”   For his efforts, Ogaro was named the meet’s most valuable performer.  Other event champions for the Tigers were Hans Koeleman (future Clemson Athletic Hall of Famer) in the 1,500 meter run, and Desai Williams in the 100 and 200 meter dash. Mike Hartle won the Javelin and Mark McKoy finished first in the 110 meter high hurdles. Clemson records were broken by Koeleman as he won the 1,500 meter run and also by Cornell Messam who finished second in the 800 meter run. Winning the 1980 ACC Outdoor meet helped set the stage for future Clemson success in track and field. In the decade of the 1980s, the Tigers finished first or second in the ACC Outdoor Meet seven times and claimed titles in 1980, 1982, and 1989.  (The 1982 meet ended in a tie with N.C. State) Ogaro was elected for induction into the Clemson Athletic Hall of Fame last spring.  During his Clemson career, Ogaro was a 1981 All-American in the 3000 meter steeplechase.  In cross country, Ogaro won the ACC Individual Championship in the 1981 meet and was named All-ACC in 1980 and in 1981. On October 12, 2013 he was inducted posthumously into the Clemson Athletic Hall of Fame.  He died in May of 2013, in his native country of Kenya.