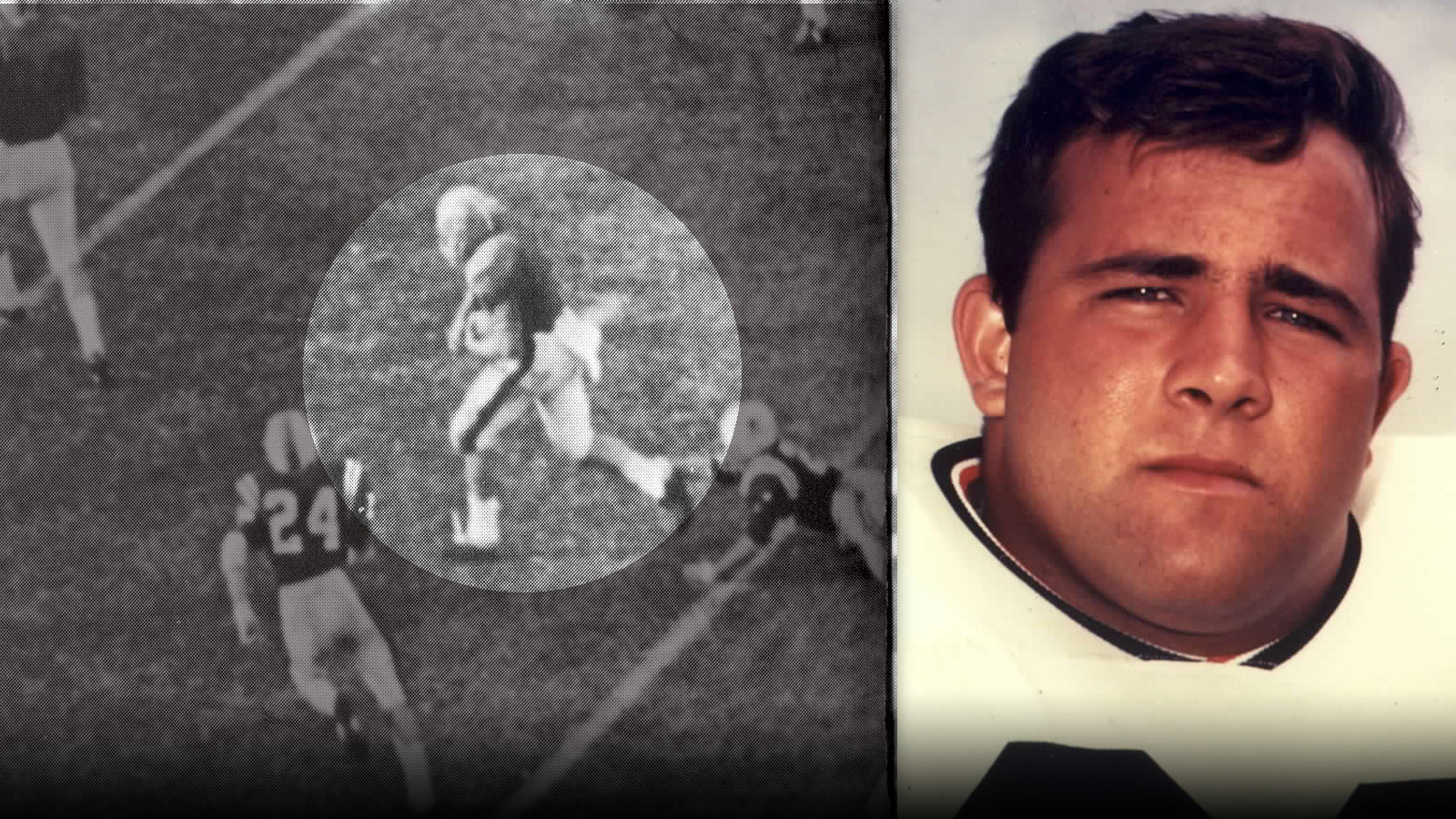 It’s every offensive lineman’s dream. The dream is of one moment carrying the ball and scoring a touchdown. This happened one autumn afternoon 48 years ago in Death Valley in a game against arch rival South Carolina. A Clemson win in this game would mean the second consecutive Atlantic Coast Conference Championship for the Tigers.    The Tigers had a 21-10 lead in the fourth quarter and were driving deep in South Carolina territory.  On a first down play on the Gamecock 12-yard line, Tiger quarterback Jimmy Addison was set to take the snap from center and flip it back to tailback Buddy Gore.  Instead, the ball went straight up in the air, right through Addison’s hands. Without breaking a stride, guard Harry Olszewski who was pulling on the play from the right, grabbed the ball in mid air and rushed 12 yards for a touchdown.  With the extra point, the Tigers took a commanding 28-10 lead. Clemson would score another touchdown and would win the game 35-10. To illustrate how unusual this play was, a Clemson offensive lineman has scored a touchdown just once since Olszewski’s touchdown on November 26, 1966. In the Georgia Tech game on October 30, 2011, Clemson offensive lineman Brandon Thomas recovered a fumble for a touchdown in the fourth quarter.     Olszewski had a noted football career. He was a first-team All-American in 1967 according to the Football Writers Association, the American Football Coaches Association, United Press International and the Walter Camp Foundation. He also was named second-team All-American by the Association Press and Sporting News.  The native of Baltimore, MD was a third-round draft pick of the Cleveland Browns in the 1968 draft.   Olszewski started all 30 games of his Clemson career at offensive guard and the Tigers won the ACC Championship all three seasons (1965-66-67).  He received many honors during his collegiate career.  He was the recipient of the Jacobs Blocking Trophy for the state of South Carolina and for the Atlantic Coast Conference in 1967. He was an All-ACC selection in 1966-67 and was a member of the ACC’s Silver Anniversary team. He was also chosen as a starting offensive guard on Clemson’s Centennial Football team.   Olszewski was also a member of the State of South Carolina Athletic Hall of Fame as well as the Clemson Athletic Hall of Fame.    Known to his teammates as “Big O”, Olszewski earned the praise of former Clemson offensive line coach Don Wade. “He is one of the best offensive linemen I have ever coached,” said Wade in a 1967 interview. “Not only does he play a big part in keeping the spirit high, he also leads a majority of our running plays with his superb blocking.   “His speed and agility are apparent when our offense is pulling his way. He can do it all, block from all sides, pull, slant—you name it. “Things pick up when Harry is in there,” said Wade. “He consistently grades high in his blocking. He always gives 100 percent and isn’t satisfied unless he’s at his best.” Sadly, Olszewski died of a heart attack on April 27, 1998 in Fort Lauderdale, FL at the age of 51. He will always be remembered as one of Clemson’s greats.