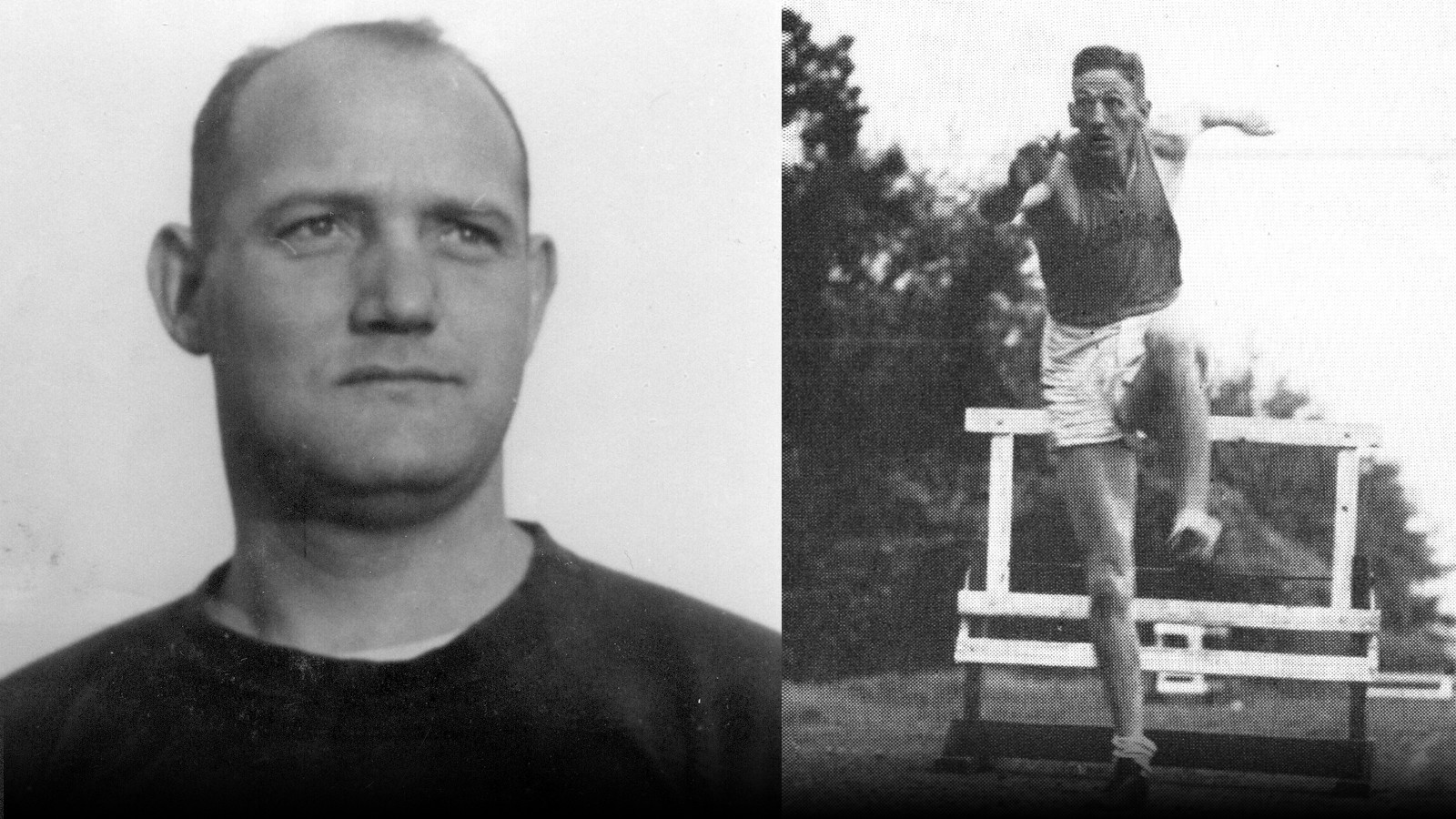 Coach Howard didn’t call Banks McFadden “The Great” for nothing. Howard was not only the head football coach for 30 years at Clemson, but he was also the head track coach from 1931-1940. During this time McFadden was one of his star pupils. On May 4, 1940 at the State Track and Field in Clinton, SC, McFadden (also a Clemson football and basketball All-American), was participating in the long jump. University of South Carolina’s Dick Little had defeated McFadden in the previous two years, and McFadden wanted badly to avoid a similar fate.  Nevertheless, Little broke the state record on his first jump, and McFadden wasn’t close on his first attempt.  McFadden got closer on his second attempt, but he felt something was still wrong and had serious doubts about beating Little’s leap at this meet. Walking away from the pit, McFadden told Howard about his problem.  “I told him I didn’t know if I was over-striding or under-striding, or what was wrong, but I just didn’t feel confortable,” McFadden said. Coach told me, ‘Boy, come on down here with me.’”  They walked back to the pit and Howard took out a tape measure and set one end at the takeoff board and stretched the tape into the landing area.  Howard told him, “Here’s 22-feet. So that you will have a target, I will put this towel right here. What I want you to do is just clear this towel and you’ll be all right.”  I said, “Thanks coach, I appreciate that.” When McFadden turned his back to go back up the runway, Howard took the opportunity and moved the towel further down the pit another foot.   “I was in the right frame of mind,” said McFadden. “I reared back and took off.  I aimed for the towel and I missed it, I was just short.  I was disappointed.  I saw Coach Howard there and he saw that I was disappointed.  I said, “Coach, what did I do wrong?”  About that time, they announced that I had broken the state record and beat Little’s mark. Coach Howard looked at McFadden and said, “You didn’t think I was going to leave that towel at 22 feet, did you?”  Coach Howard was later quoted after telling this story, “Now that’s great coaching!” Clemson won the State Meet for the second year in a row as McFadden not only won the long jump but also won both hurdle events and for good measure finished third in the shot put for 18.5 of the Tigers’ 58 total points. The Tigers doubled South Carolina’s second place total of 29 points.   Howard also introduced McFadden to the track events that consisted of hurdles.  “I had never run the hurdles before and knew nothing about it,” said McFadden.  Coach Howard threw me the book on hurdling techniques and said “Read it, I’m just the football line coach.”  “Coach Howard was a man who really knew how to handle people,” McFadden said.   I had never jumped that far in my life.  I have to believe he thought I was a pretty good athlete, and he tried to get something out of me that I wasn’t getting out of myself.”