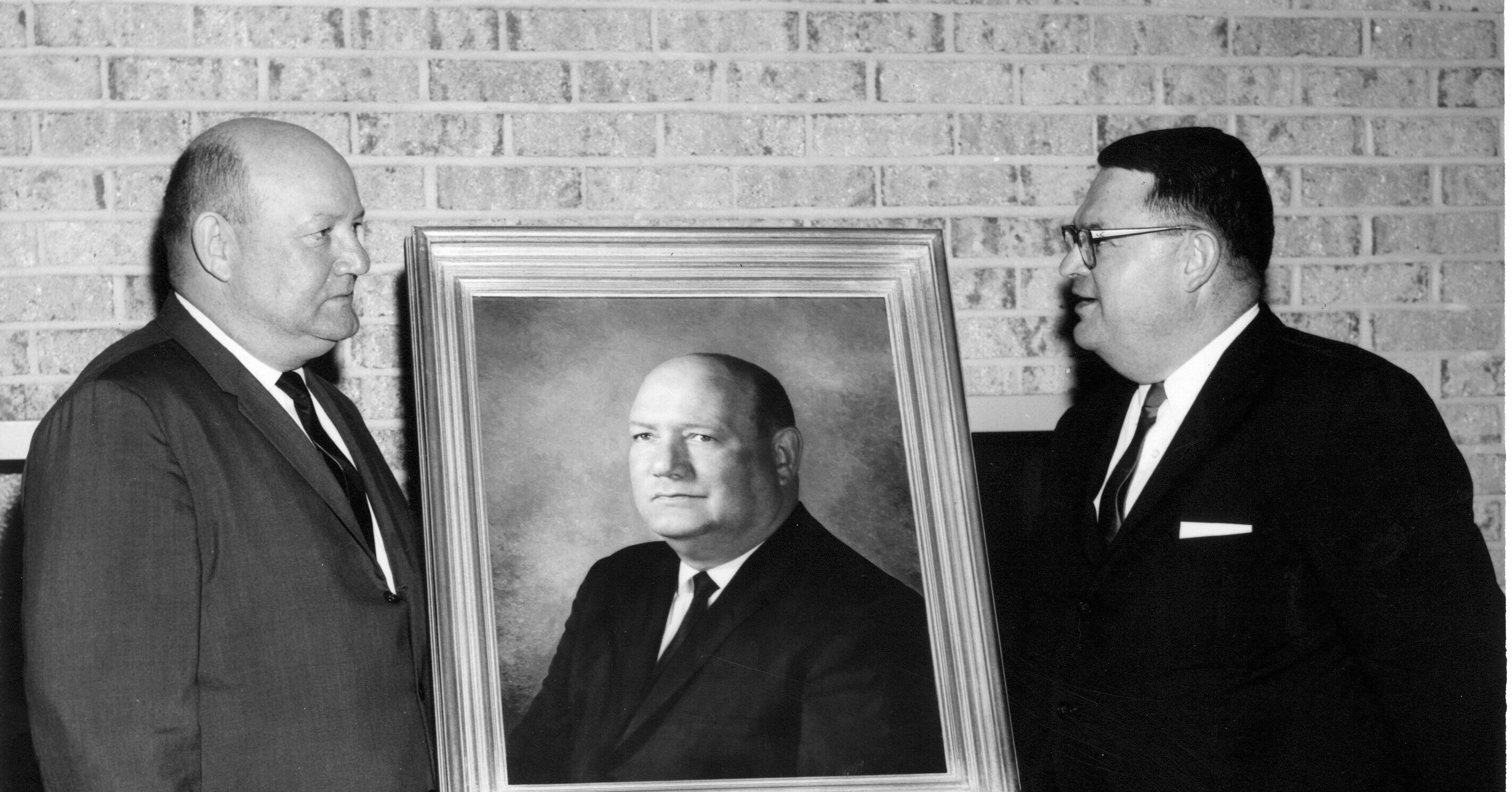 Two famous legends Coach Frank Howard and Dr. R.C. Edwards helped build and shape Clemson as we know it today.  Ironically they shared the same birth date of March 25.   Howard was born in 1909 and Edwards in 1914.  Howard would have been 105 and Edwards 100.   They both loved Clemson, and the impact of their dedication and leadership will be evident for generations to come.

Clemson’s most antimated figure retired from coaching December 10, 1969, after 39 years on the Clemson coaching staff, 30 of which were as head football coach.  He was also athletic director during this time and he kept this position until February 4, 1971, when he was named assistant to the vice president of student affairs at the university.  He held that post until the mandatory retirement age of 65 rolled around in 1974. “I had to do it [retire from football] sooner or later,” Howard liked to joke.  “The reports would get out every year that I was retiring, and it would ruin my recruiting. The only way we’re going to build this place up is to get a coach in here who isn’t retiring every year.” At his press conference when he announced his retirement, he said “I’m retiring because of health reasons; the alumni got sick of me.” Shortly after his retirement when he reached the age of 65, the Clemson Board of Trustees named the playing surface of Memorial Stadium (“Death Valley”) as “Frank Howard Field” in honor of his long service to the university.  It was only the third time that a building or installation had been named by the trustees for a living person. Howard was a charter member in both the South Carolina Athletic Hall of Fame and the Clemson Athletic Hall of Fame.  During his career, he was chosen as a member the NATA (National Athletic Trainers Association) Hall of Fame, the NACDA (National Association of Collegiate Directors of Athletics) Hall of Fame, Helms Athletic Hall of Fame, State of Alabama Hall of Fame, Orange Bowl Hall of Honor, National Football Hall of Fame, Mobile (Ala.) Athletic Hall of Fame, Mobile High (Murphy) Hall of Fame, and the Gator Bowl Hall of Fame. Howard has also been presented the Order of the Palmetto, the highest honor which the governor of the state can bestow.  Clemson University also recognized Howard once more with the presentation of the Clemson Medallion, which is the highest public honor bestowed by the university to a living person who exemplifies the dedication and foresight of its founders. Clemson’s “Legend” stepped onto the rolling hills of Clemson in August, 1931, fresh from the varsity football ranks at the University of Alabama, where he was a first stringer on Coach Wallace Wade’s 1930 team which drubbed Washington State, 24-0, in the 1931 Rose Bowl.  Howard was known as the “Little Giant” of the Tide’s “Herd of Red Elephants.” The bald veteran came to his first coaching post under Jess Nealy as a line tutor.  “At least that was my title,” Howard recalls.  “Actually, I also coached track, was ticket manager, recruited players, and had charge of the football equipment.  In my spare time I cut the grass, lined tennis courts, and operated the canteen while the regular man was out to lunch.” Howard was not only track coach from 1931-39, but also he served as baseball coach in 1943, and his 12-3 record that year is still the best percentage for a season in Clemson history. Howard held the line coaching post until Neely went to Rice University as head coach in 1940 following Clemson’s 6-3 victory over Boston College in the 1940 Cotton Bowl.  When the Clemson Athletic Council met to name a successor to Neely, Professor Sam Rhodes, a council member, nominated Howard to be the new head coach. Howard, standing in the back of the room listening to the discussion after being interviewed by the council, said: “I second the nomination.”  He was given the job and a one-year contract, which he lost after about three months.  He never had another contract his entire career. Altogether, he served Clemson 43 years.  When he retired as head coach following the 1969 season, he was the nation’s dean of coaches, having been a head football coach at a major institution longer than anyone else in the United States. In his 30 years as a head coach, Howard won 165, lost 118, and tied 12 contests.  In addition to heading up the Clemson football program, Howard also had the job of directing the school’s entire athletic program, and at the same time, raising all of the required scholarship funds.  The athletic department was always on a sound financial footing under the guidance of Howard. Howard was named Southern Conference Coach of the Year in 1948.  In 1958 he was named Atlantic Coast Conference Coach of the Year and was accorded that honor again in 1966. Howard, who coached nowhere else but at Clemson, won ACC championships six times (1956-58-59-65-66-67) in the first 15 years of the conference.  He was one of the founding fathers of the ACC and was instrumental in getting others to support the new league. In 1966, Howard recorded his 150th collegiate victory when the Tigers defeated Maryland, 14-10. Howard was born in Barlow Bend, Ala., March 25, 1909. “When I die, I want to be buried up there on that hill [Cementary Hill] behind the stadium,” Howard would say.  “I want to be there so I can hear all them people cheering for my Tigers on Saturday.” Howard died in January, 1996, and left behind a legacy that will probably never be equaled in the annals at Clemson.  His honesty and down to earth sense of humor will be remembered for other generations to pass on.  And, as he wished, he is buried behind Death Valley, where he can hear the roar of the crowd cheering for his Tigers on Saturdays in the fall.

Dr. R.C. Edwards graduated from Clemson in 1933 and rose through the ranks to become a top executive in the textile field.  However, he always wanted to come back to Clemson.  In 1956, Clemson created the office of Vice President for Development,and Edwards got the job of VP.  A year later, the then-Clemson president Dr. Robert F. Poole suffered a sudden fatal heart attack and Edwards was appointed acting president in 1958.  On April 9, 1959, Edwards became the college’s full-time top administrator. The native of Fountain Inn, SC loved Clemson sports.  He was a regular spectator to many athletic events and would be there to see the women’s basketball teams off as they left campus for an out-of-town game. He led Clemson through many changes and monumental events that changed the university forever.  Under his leadership, the school’s name changed from Clemson College to Clemson University.  The first black students enrolled and graduated at Clemson while Edwards was the President.  Also, the first female students received their diplomas during his tenure. Edwards was always ready to serve.  When Clemson went to play Virginia in Charlottesville, VA for a football game, Edwards wandered over to ask Bob Bradley, then Clemson’s Sports Information Director, if there was anything that he could do at the game to bring the Tigers a victory.  Jestingly, Bradley told Edwards that he needed a spotter for the Clemson Football Radio Network.  Edwards sprang at the opportunity, apparently not being influenced by the fact that the job paid only $5.00. He died at the age of 94 on December 4, 2008.