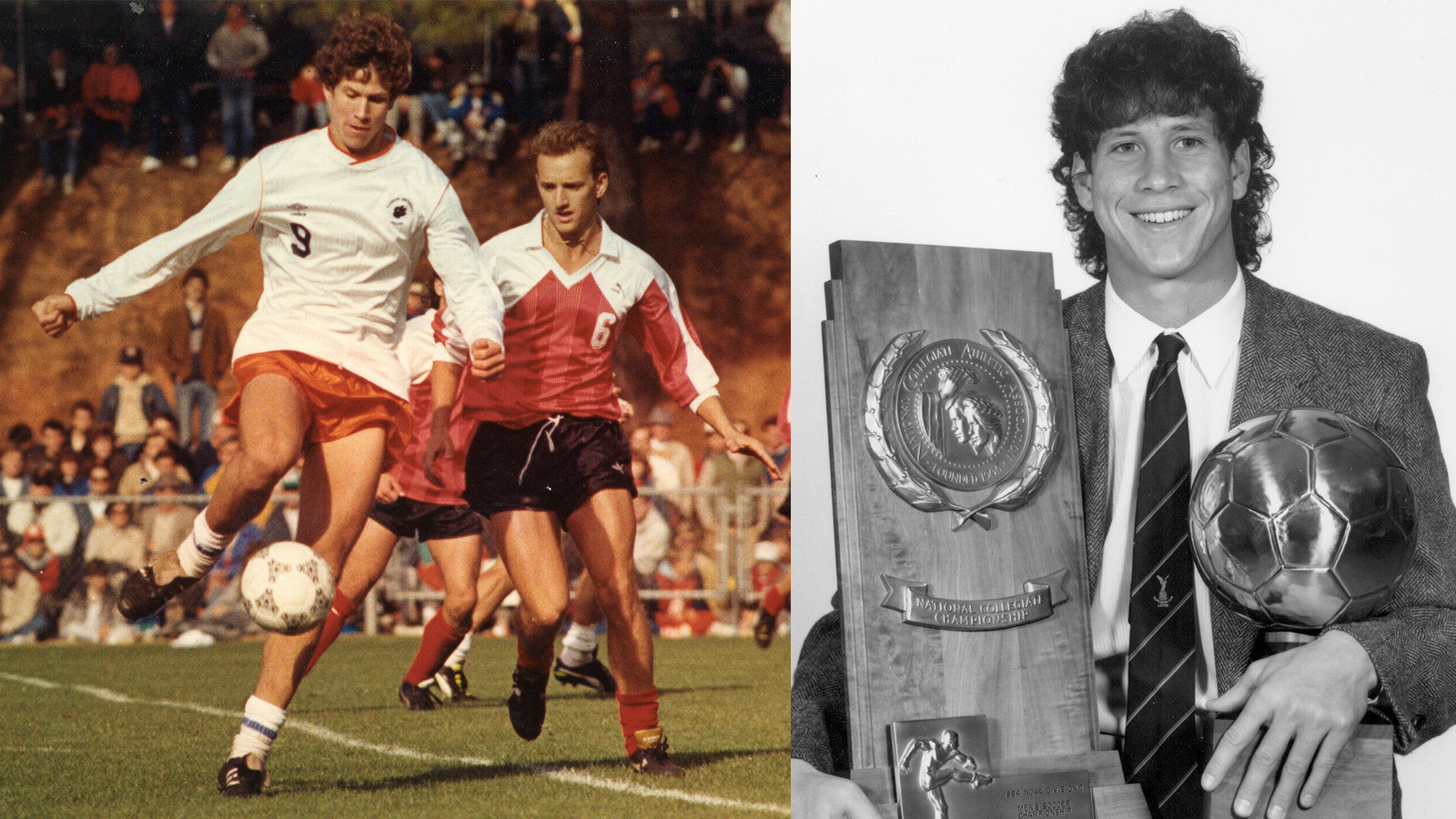 One of the top players, not only in Clemson men’s soccer history, but United States’ soccer history is Bruce Murray.  Murray, a U.S. Men’s National Team midfielder and forward, tallied 86 games and 21 goals during his career for the United States. When Murray retired from the National Team in 1993, he was its all-time leader in both caps and goals. Murray made his first full international appearance against England in 1985 and his last was against Venezuela in 1993. Murray played in all of the United States’ games in the 1990 World Cup, including all 10 qualifiers during 1988 and 1989 and the three games in the finals in Italy in 1990. He scored a goal against Austria in the U.S.’s last game of the World Cup finals.  He also played in all of the United States’ wins in the 1991 CONCACAF Gold Cup and the 1992 U.S. Cup, as well as the 1988 Olympic Games, the 1992 Intercontinental Cup, and the 1993 Copa America. “I remember at the World Cup before we played Italy in Rome, we were about to take the field, and we were nervous coming out,” said Murray. “I grew up a Washington Redskins fan and have been all of my life.  As we were coming out and getting ready to enter the stadium, I saw Dallas Cowboys’ longtime Head Coach Tom Landry and his fedora and Pittsburgh’s outstanding running back Franco Harris near us.  “Coach Landry nodded and winked at me, like he was telling me everything was going to be alright. I gained confidence from that.  I couldn’t believe the Cowboys’ coach was at the World Cup match, and me being a Redskins fan, I was getting confidence from him in Italy halfway around the world! I really respected Coach Landry though. He must have brought us luck, and we played well, but lost 1-0 to Italy in a very close match. We had a chance to tie the match but just missed as Peter Vermise’s shot was deflected. At Clemson, Murray had an outstanding career. He won the Hermann Trophy as the top men’s soccer player in the country in 1987, and was a two-time All-America player. Murray led Clemson to two NCAA Championships in 1984 and 1987. He had the winning goal in three NCAA Tournament matches for the Tigers in 1987 on the way to the National Championship.  When a player comes to the end of his respective career, a crowning moment for that athlete is being remembered and being honored for his past accomplishments. For Murray, he feels as if his career has come full circle by being inducted into the National Soccer Hall of Fame in June 2012. “By being inducted into the National Soccer Hall of Fame, that closed the loop,” said Murray.  “All of the play and hard work paid off, and I was very happy and touched by that prestigious honor. As I entered the Hall of Fame, I took with me several other people, the coaches, and my teammates down through the years on all levels who made this honor possible.” Modestly, Murray may feel as though his career has come full circle and his playing days are behind him, but along the way it has been a tremendous career full of heroics, firsts, and accolades. As far as Clemson fans and U.S. soccer fans are concerned, he has had the kind of career which is well-deserving to be enshrined in the Soccer National Hall of Fame.