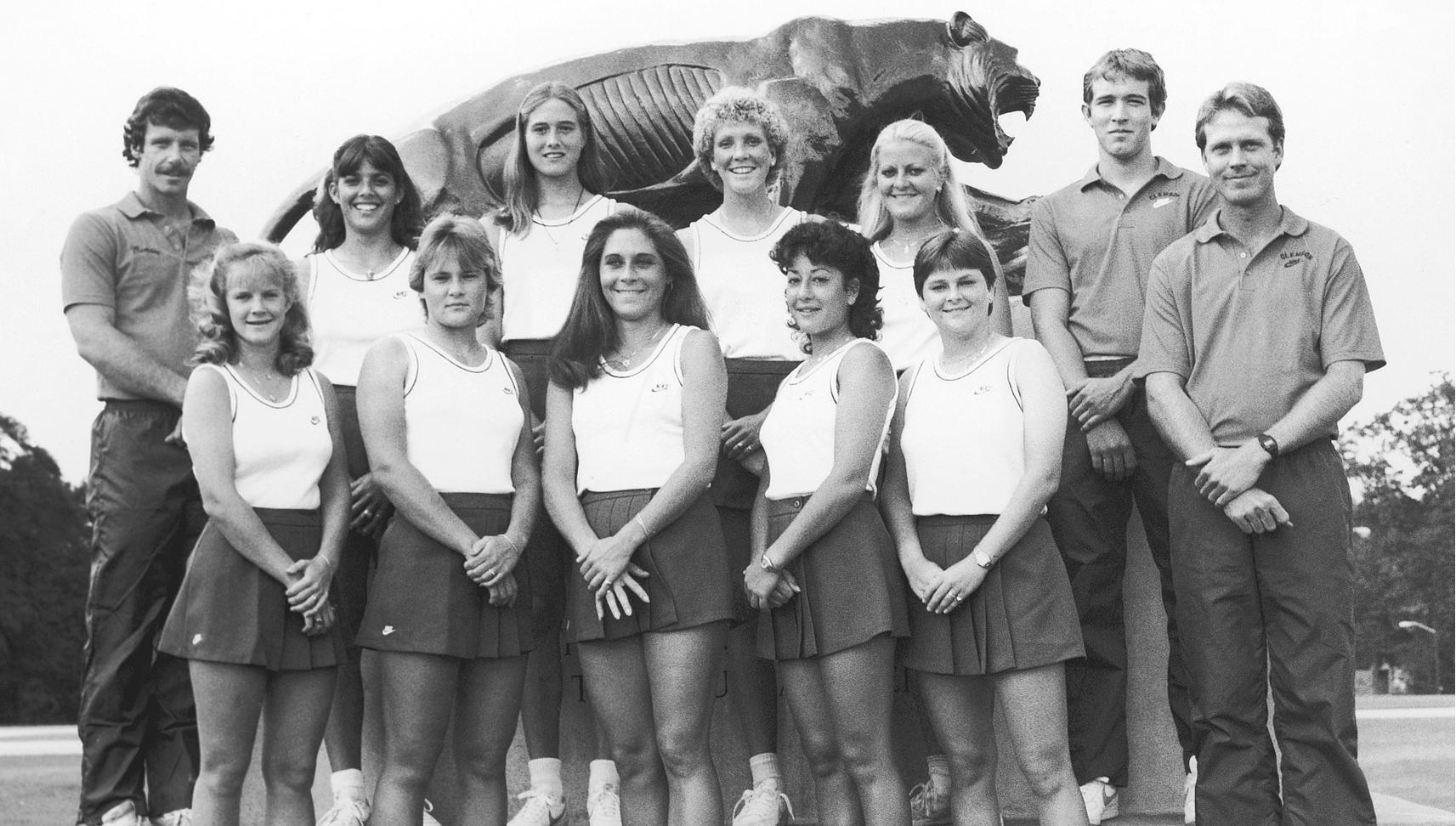 It’s been 31 years ago since the Clemson women’s tennis team accomplished something never equaled by a men’s or women’s tennis team in the history of the Atlantic Coast Conference. On April 15-17, 1983, the Tigers won the ACC Championship in Chapel, Hill, NC, and not only did they win the team title, but Clemson won all six singles and all three doubles individual championships. This is when the conference’s tournaments awarded championships for each flight by having players from each school play in a tournament for each position. Points were awarded for each match won in the tournament and in some years points were awarded for play in the regular season. It was complete domination by Clemson who also won the regular season title.  Members of that team and the flight they won in singles included:  #1 Jane Forman, #2 Gigi Fernandez, #3 Melissa Seigler, #4 Lisa Bobby, #5 Jody Trucks and #6 Jennifer Hirsh. In doubles the Tigers that were ACC Champions were:  #1 Fernandez/Forman, #2 Bobby/Trucks and #3Jane Neville/Seigler. Head Coach Andy Johnston was named ACC Coach of the Year for his team’s accomplishments. “I have a lot of great memories at Clemson as the women’s head coach,” said Johnston. “I would say winning all nine ACC Championships flights in one year is a special memory. Winning five straight ACC Championships and winning the Regional in Columbia, SC in 1996 were other special moments. “Going to the NCAA Tournament as a team was always special. When I first started coaching they only took 16 and later 20 teams, and that made the invitation to the NCAA Tournament very rewarding. We went to the NCAA Final Eight twice, and that was a lot of fun,” said Johnston. The 1983 season was not over with the ACC Tournament.  The Tigers participated in the NCAA Tournament as a team and advanced to the Final Eight that season. In 1983, Clemson freshman Gigi Fernandez advanced to the NCAA Singles Finals.  She had to win a play-in match to qualify for a spot in the round of 64. In that match, she defeated Suzanne Khulman of Georgetown.  In the first round, she defeated Gen Greiwe of Texas, 6-1, 7-6.  Fernandez defeated fifth-seeded Gretchen Rush of Trinity, 3-6, 6-3, 7-5, in the second round. In the round of 16, Fernandez defeated Nina Voydat of Southern Cal in three sets, 6-1, 1-6, 6-1.  Fernandez defeated fourth-seeded Mickie Schillig of San Diego State, 6-4, 5-7, 6-4 in the quarterfinals. The semifinal round featured two tiebreakers, before Fernandez defeated eighth-seeded Heather Ludloff of UCLA, 7-6, 7-6. Fernandez met Beth Herr of Southern Cal in the finals. Fernandez served for match point and apparently had the match won, but a controversial line call forced the match to a third-set tiebreaker, and Herr went on to win the National Title, 3-6, 6-2, 7-6. Fernandez turned professional after her freshman year and enjoyed a long professional career. In the 1983 season Clemson finished the year seventh nationally in the ITA poll with a 30-5 record overall.  The Tigers won the ACC Tournament and finished in the ITA’s top 20 four more times in the decade of the 1980s.