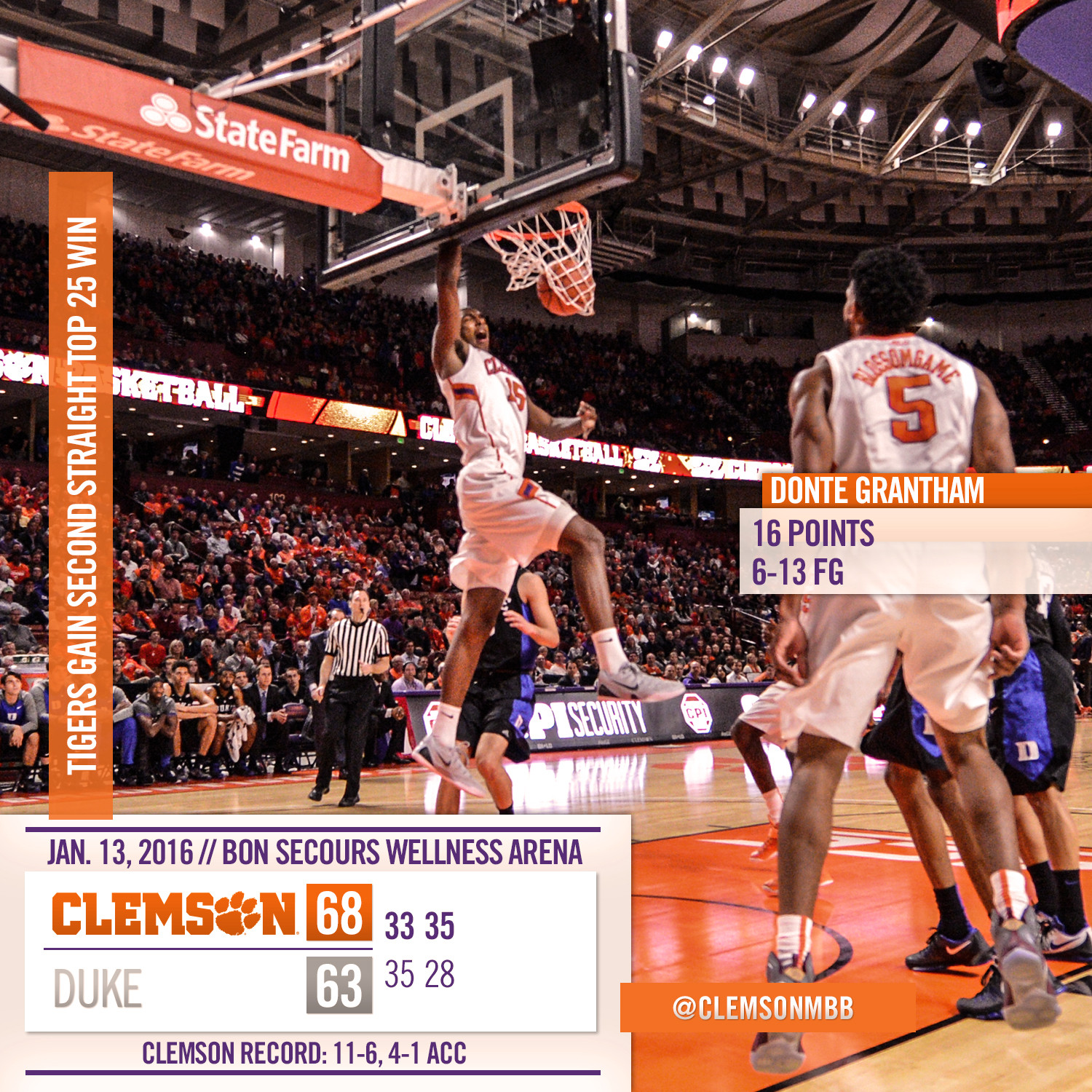 “Momentum is very powerful in basketball, and in young people. Our confidence is continuing to grow. Tonight we just hung in there and fought for it,” said a smiling head coach Brad Brownell.

Clemson started by scoring the game’s first five points, but Duke found its offensive rhythm quickly. The Blue Devils made nine of 10 shots at one point and started 6-8 from three-point range, which led to a 28-16 lead at the under-8 timeout. The Tigers came to life after a steal by Roper that led to a fastbreak dunk by Grantham, part of a 9-0 run. The run also included Grantham’s second three-pointer of the game. With the change of pace, Clemson was able to cut the Blue Devils’ lead to two heading into the half, 35-33.

The Tigers continued to be a force on the glass, outrebounding the smaller Blue Devils to start the second half. But Clemson was not able to connect on any shots, hitting only three of its first 15 shots. Down 48-40, the Tigers put together a 7-0 run punctuated by a three-point play from Grantham. He then followed with his second three-pointer of the half to tie the score at 50. Blossomgame gave the Tigers their first lead of the half with his first three-pointer of the night.

The crowd noise came to a fever pitch with 3:46 to play when Roper buried his first three-pointer of the game, making it 60-55 in Clemson’s favor. He added to it on the next possession when he tipped in a teammate’s miss. In a heartstopping finish, Blossomgame put his team up three with 13 seconds remaining on a thunderous one-handed slam. The Tigers forced a Duke miss and Avry Holmes’ two free throws provided the final margin.

The Tigers return to action Saturday at 2 p.m. against Miami (Fla.). The Hurricanes are ranked eighth in the latest AP poll.