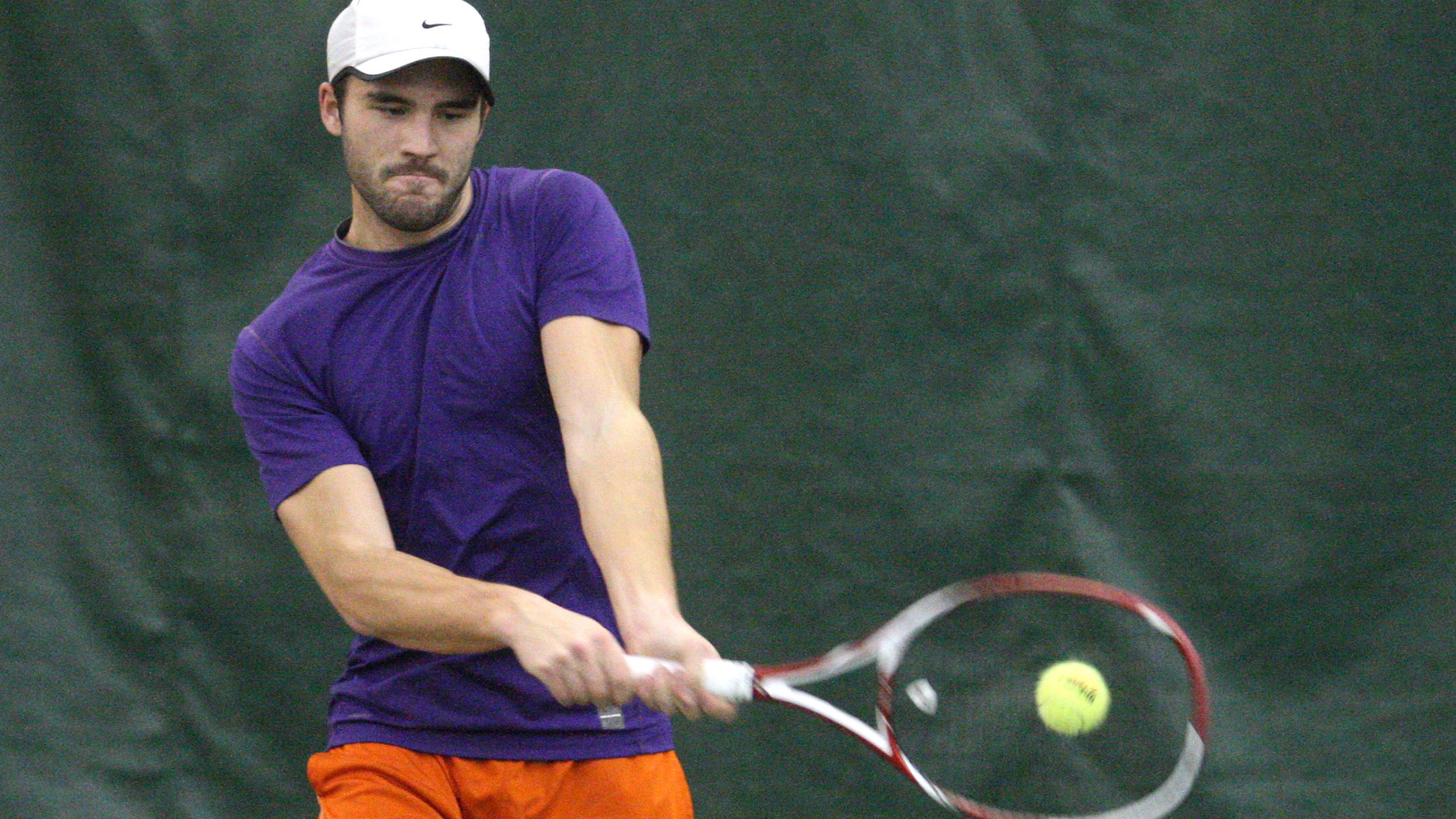 HANOVER, NH – Clemson defeated #51 Brown 4-0 in a men’s intercollegiate tennis match at Hanover, NH Saturday afternoon.  Today’s victory marked the second consecutive match that the Tigers have defeated a higher ranked team.  On Friday evening Clemson defeated 49th-ranked Dartmouth 4-0.Clemson is now 5-0 on the season.  The Tigers are ranked 61st nationally according to the latest Intercollegiate Tennis Association (ITA) poll.Yannick Maden and Dominique Maden remained undefeated in dual match play with a 5-0 record as the duo defeated Brandon Burke and Sam Fife 8-5 at number-one doubles in today’s match.  The Maden brothers are now 15-3 overall in doubles play this season, and are ranked 18th according to the latest ITA poll.Hunter Harrington and Zachary Rigsby defeated Will Spector and Jacob Laser 8-7 (8-6) in a tie-breaker set to clinch the doubles point for Clemson and give the Tigers the early 1-0 advantage.After winning the doubles point, Clemson won three singles matches and the other three singles matches were not finished.  Gerardo Meza defeated Spector of Brown 6-2, 6-2 at number-three singles.  Rigsby of Clemson defeated Daniel Hirschberg 6-1, 6-0 at number-five singles.  The Tigers’ Austin Ansari defeated Lucas da Silveira at number-six singles 6-3, 7-6.”This weekend we became more of a unit by putting the team first,” said Clemson Head Coach Chuck McCuen.  “The guys are starting to understand that as a team we have to leave everything out there each and every day.””Rigsby and Harrington pulled out a big doubles match to give us momentum heading into singles.  Rigsby, Meza, and Ansari did a great job closing out their matches verse a solid team.”Clemson 4, Brown 0