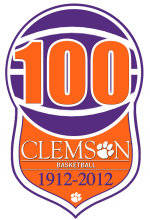 Fourteen of the 25 players have already been inducted into the Clemson Athletic Hall of Fame. Among them, six players who were named All-Americans and three more who received honorable mention were named to the team. Clemson’s only ACC Player of the Year, Horace Grant, was the leading vote-getter among the 25 players. Grant went on to win four NBA championship rings, three with Chicago and one with Los Angeles.

Seven first-round NBA Draft selections are represented by the 25-member team, including 2010 pick and current Washington Wizard forward Trevor Booker. Twelve of the 25 played at least one game in the NBA, including Larry Nance, who went on to appear in three All-Star games; Tree Rollins, who is still ranked in the top 10 in NBA history in blocks; Elden Campbell, who won an NBA title with Detroit in 2004, and; Dale Davis, who played 16 seasons in the NBA and was a 2000 All-Star selection for Indiana.

The complete list of the players that were voted to the team is below.

Demontez Stitt (2007-11)  Only player to start on four NCAA Tournament teams; No. 6 in Clemson history with 419 assists