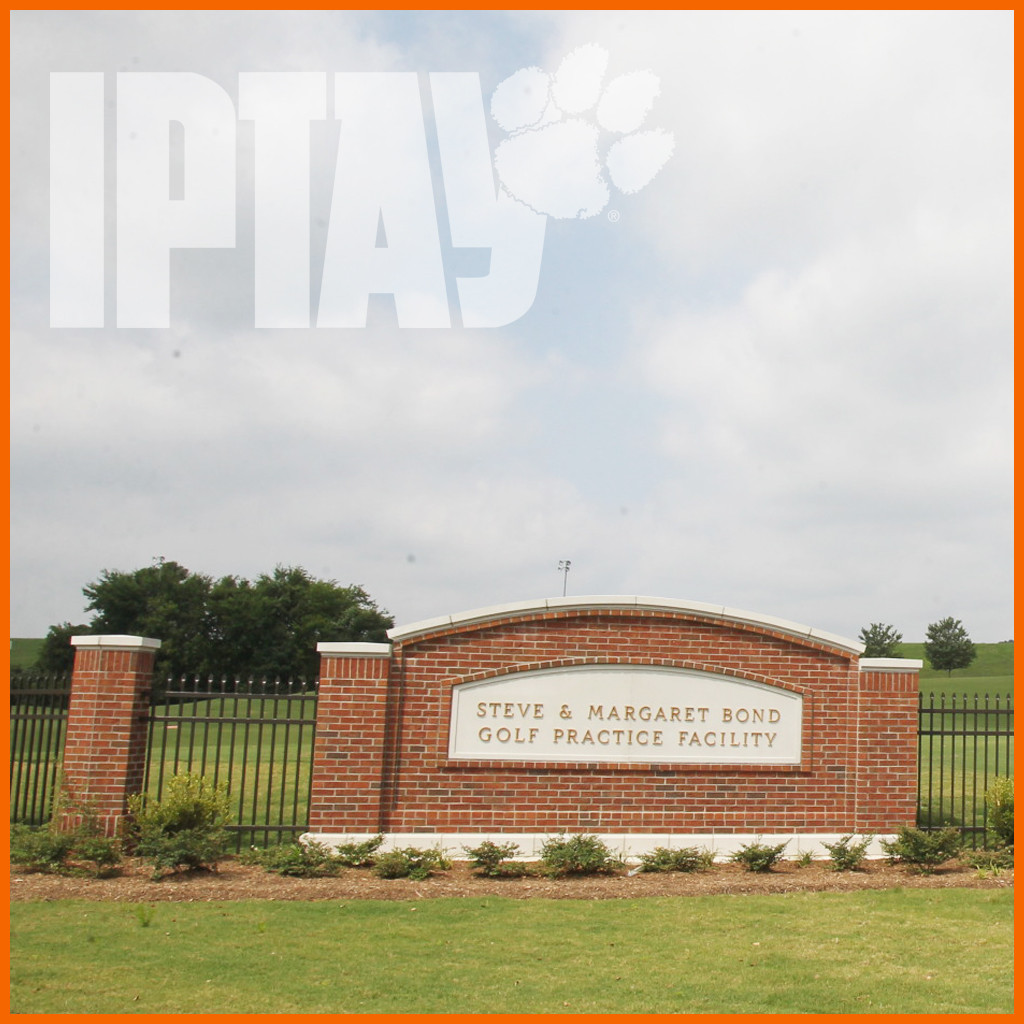 Bond, a 1980 graduate of Clemson University and a varsity golf letterwinner himself, was heavily involved in the Tiger Golf Program. Up until his passing in the summer of 2013, his support of the program was more than just financial. Bond made it his priority to build relationships with all members of the golf program including both current and former players.

In addition to the strong relationships Bond was known for building with many inside the program, he was also the driving force behind the establishment of GOLF PAWS. GOLF PAWS was formed to provide an unrestricted fund for Clemson Golf, so that the program is able to have the necessary funds to maintain its place in college golf as a perennial national championship contender. This fund has had a tremendous impact on Clemson Golf over the years and will continue to serve the program in the future.

This past Thursday afternoon, the on-campus golf practice facility was officially dedicated as the “Steve & Margaret Bond Golf Practice Facility.”  It was a special day as many former and current players and athletic administrators were on hand to celebrate the naming of the facility in the Bonds’ honor. Notable people on hand that were recognized on Thursday afternoon included Dan Radakovich, Bill D’Andrea, Terry Don Phillips, Bobby Robinson, Jim Barker, and Smyth McKissick.

The impact Margaret and Steve have had and continue to have on this program was very evident in the passionate words spoken by current Clemson golfers Hayden Garret and Lauren Salazar. Salazar and Garrett both spoke about their own “Clemson Experience” and how it has been positively shaped by the Bonds. Each noted a specific story about their relationship with Steve Bond and how his mentorship and friendship has had a tremendous impact on molding them into the young adults and golfers they are today.

With the passing of her husband, Margaret has now assumed a role on the GOLF PAWS planning committee and is still very involved in carrying out their passion for Clemson University Golf. The dedication of this facility will forever cement their influence on Clemson University Athletics and future generations of Tiger golfers.

For more information on how to support Clemson University Golf and GOLF PAWS, please click HERE or call 1-800-CLEMSON.