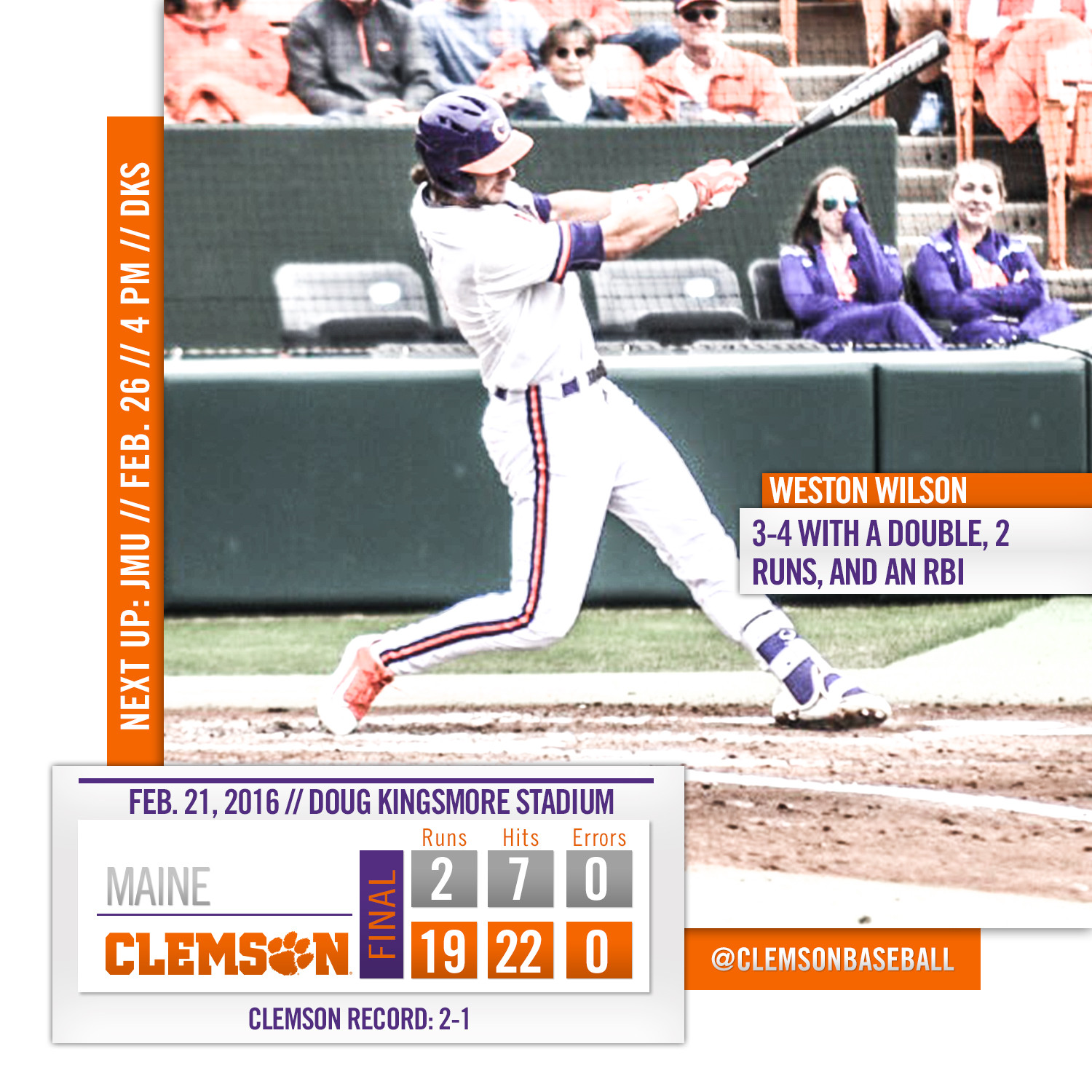 CLEMSON, S.C. – Chase Pinder belted a three-run homer in the fourth inning and Seth Beer hit a grand slam in the fifth inning in Clemson’s 19-2 win over Maine at Doug Kingsmore Stadium on Sunday afternoon. The Tigers, who won the series 2-1, improved to 2-1 on the season, while the Black Bears fell to 1-2.

The Tigers’ 22-hit performance saw every starter with at least one hit and 14 Tigers with a hit in all. Pinder went 2-for-3 with a homer, four RBIs and three runs, while Beer went 2-for-3 with his first career homer. Chris Williams and Weston Wilson added three hits apiece. Clemson’s four-run fourth inning and seven-run fifth inning put the game out of reach.

In his first career game, freshman lefthander Jake Higginbotham (1-0) earned the win by tossing 5.0 effective innings in a starting role. He yielded six hits, two runs and two walks with three strikeouts. Maine starter Jeff Gelinas (0-1) suffered the loss, as he gave up nine runs on 11 hits in 4.0 innings pitched.

The Tigers return to action next weekend when they host James Madison in a three-game series starting Friday at 4 p.m., at Doug Kingsmore Stadium. Fans can purchase four tickets and a $10 concession voucher for only $20. Live video is available for free on TigerCast at ClemsonTigers.com.