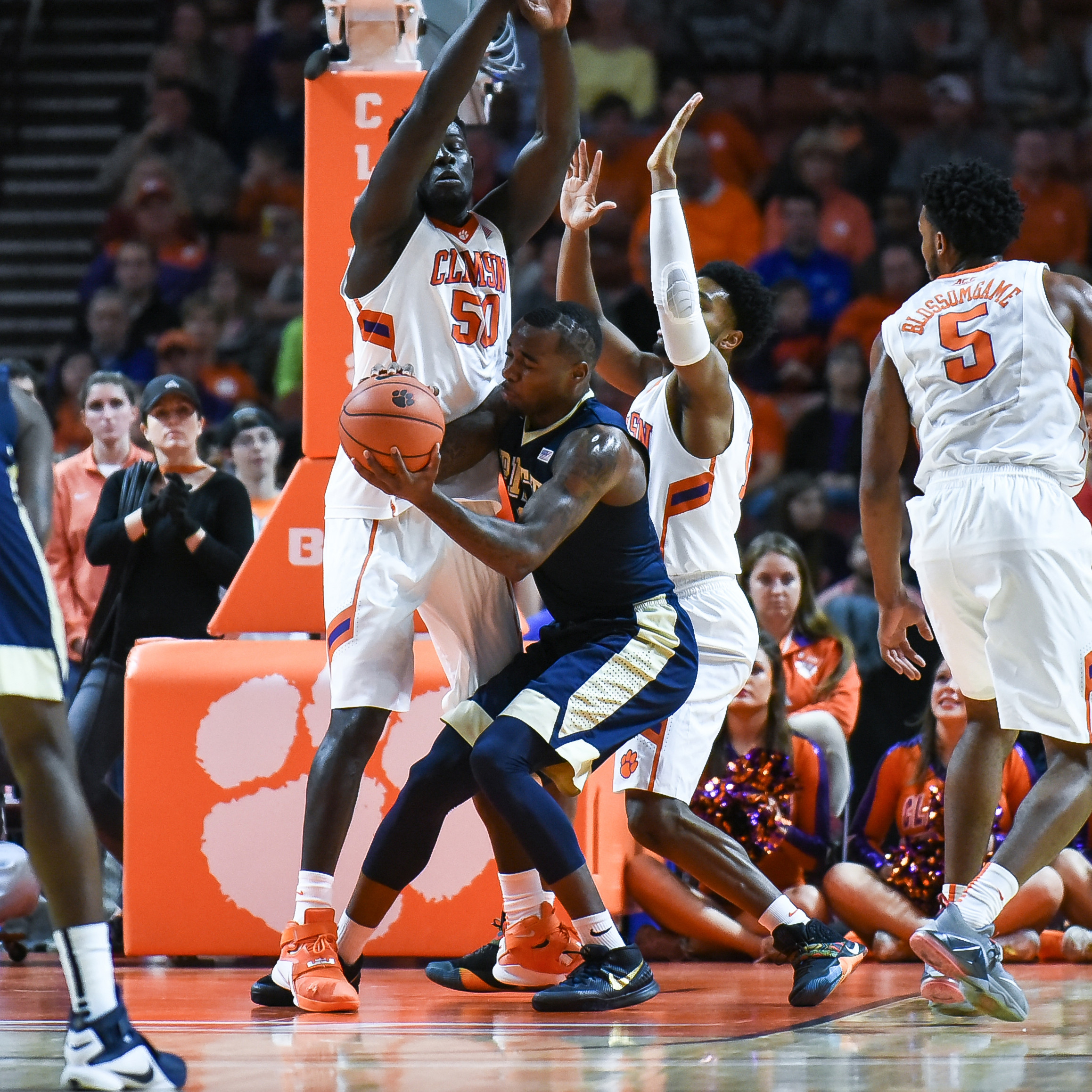 • Clemson looks to bounce back after suffering a 76-65 loss at Florida State, which led to a split of the season series with the Seminoles.

• Tuesday’s meeting will be the only this season with Wake Forest, and it will be Clemson’s first game at Joel Coliseum since Feb. 25, 2014.

• The Tigers need just nine three-point goals to match their season total of 171 from last season. Clemson is currently shooting 36 percent from behind the arc, the best figure in Brad Brownell’s six seasons.

• Jaron Blossomgame has produced four straight games against ACC foes with at least 20 points. He is the first Tiger to achieve the feat since Terrell McIntyre in 1998-99, and the first Clemson player to do it against any opponent since Will Solomon did it in six straight in 2000-01.

• Blossomgame and former teammate Milton Jennings are the only players in Clemson history with at least 900 points, 500 rebounds, 50 three-pointers, 50 blocks and 50 steals in a career.

• Jordan Roper has been Clemson’s No. 2 scorer in ACC games, averaging 11.2 points per game. The senior is shooting 46 percent from three and leads all ACC players with 2.2 steals per game in league play.