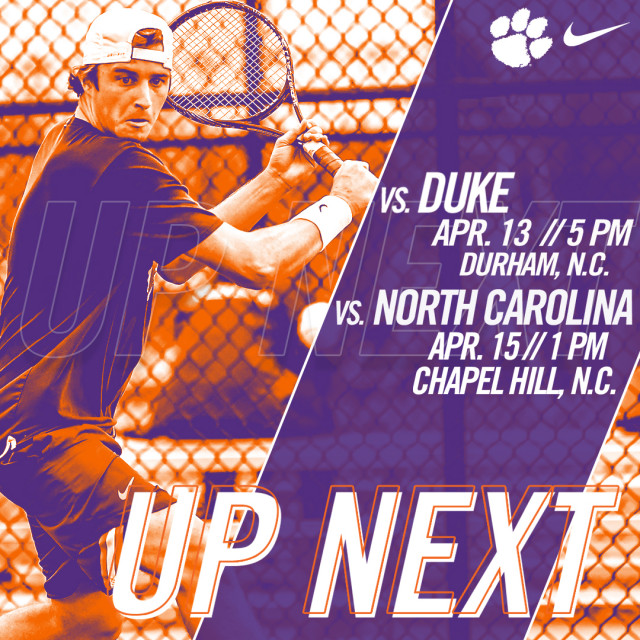 Clemson Travels to No. 20 Duke Friday, No. 8 North Carolina Sunday

-Alex Favrot is ranked 64th according to the ITA poll released on April 10. The senior from France is 12-12 overall this season and has played all 14 of his dual matches at No. 1 singles, and has defeated three nationally-ranked opponents.

-The French duo of Favrot and Baudry are ranked 31st nationally in doubles. The pair is 11-4 overall, 7-3 in dual matches and are 4-1 in ACC dual matches.

-Baudry has won five out of his last six singles matches, improving to 19-7 overall and is 10-4 from his No. 2 spot in the singles lineup.

-Liu and Sam Edwards have teamed up to form the Tigers’ No. 2 doubles team, and the two are to 8-5 in dual matches this season, including a big win over Florida State’s 35th ranked team of Aziz Dougaz and Guy Iradukunda on Mar. 2.

-Clemson has won the doubles point in 11 of its 17 matches on the season. The Tigers have a 7-4 record in those 11 matches.