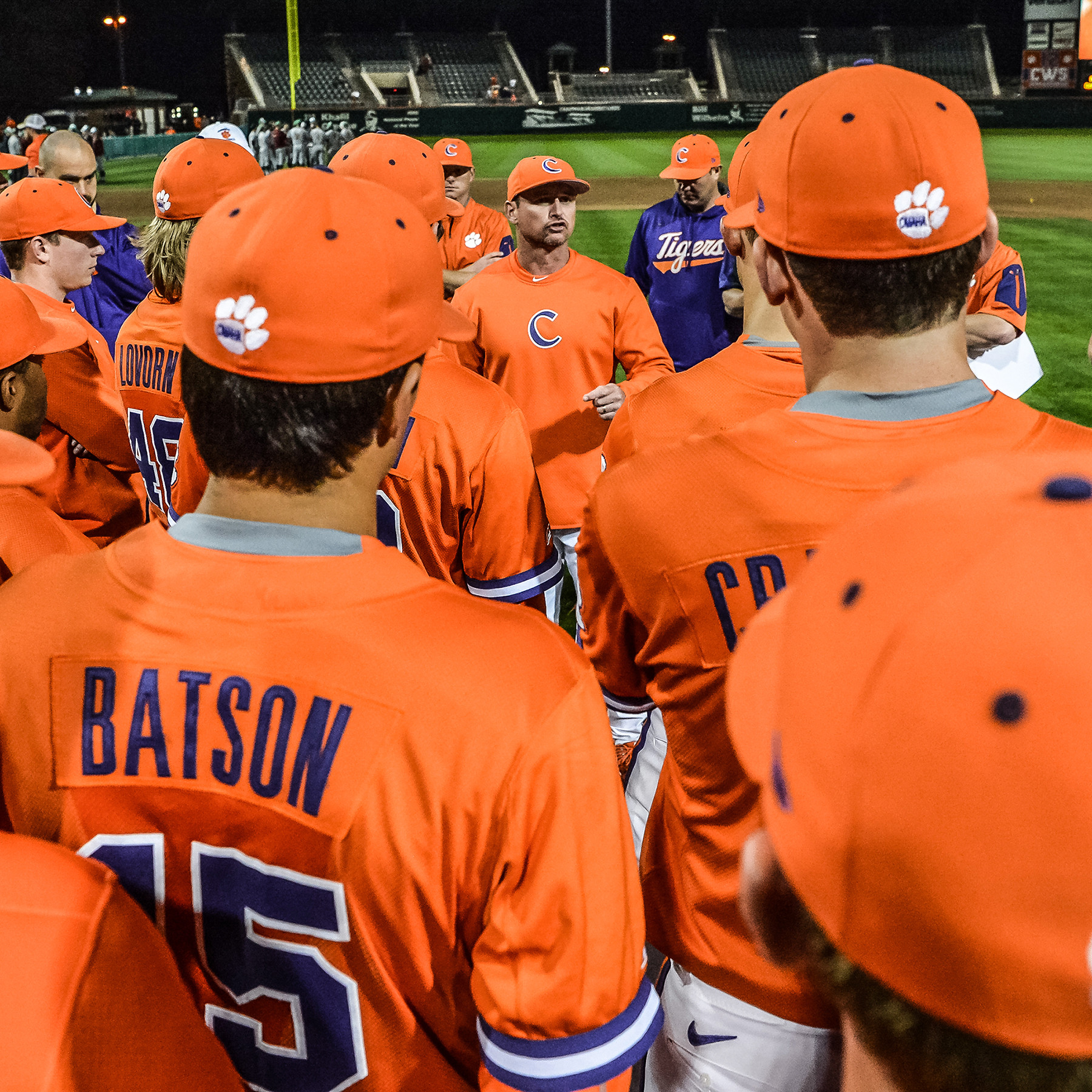 The Tigers travel to Athens to take on Georgia at 7 p.m., on SEC Network+.

CLEMSON OVERVIEW• Clemson won two of three games at home against Pittsburgh over the weekend and has won four of five games overall.• The Tigers are averaging 7.2 runs per game and hitting .287 with a .398 on-base percentage and 23 stolen bases.• The pitching staff has a 3.59 ERA, .246 opponents’ batting average and 2.53 strikeout-to-walk ratio and Clemson is fielding .961.

GEORGIA OVERVIEW• Georgia is led by third-year head coach Scott Stricklin.• The Bulldogs won two games over Alabama at home last weekend. They are hitting .260 and have a 4.11 ERA and .969 fielding percentage.• Skyler Weber is hitting .323 with one homer and 17 RBIs, while Keegan McGovern is batting .279 with five homers and 24 RBIs.

QUICK HITS• Clemson pitching coach Andrew See, a 2002 graduate of Ohio, pitched one season at Georgia as a freshman in 1998.• Georgia’s Trevor Kieboom, brother of former Tiger catcher Spencer Kieboom (2010-12), was also on the Clemson baseball team in 2012.• Clemson has gotten its leadoff batter of an inning on base 48.3 percent of time.