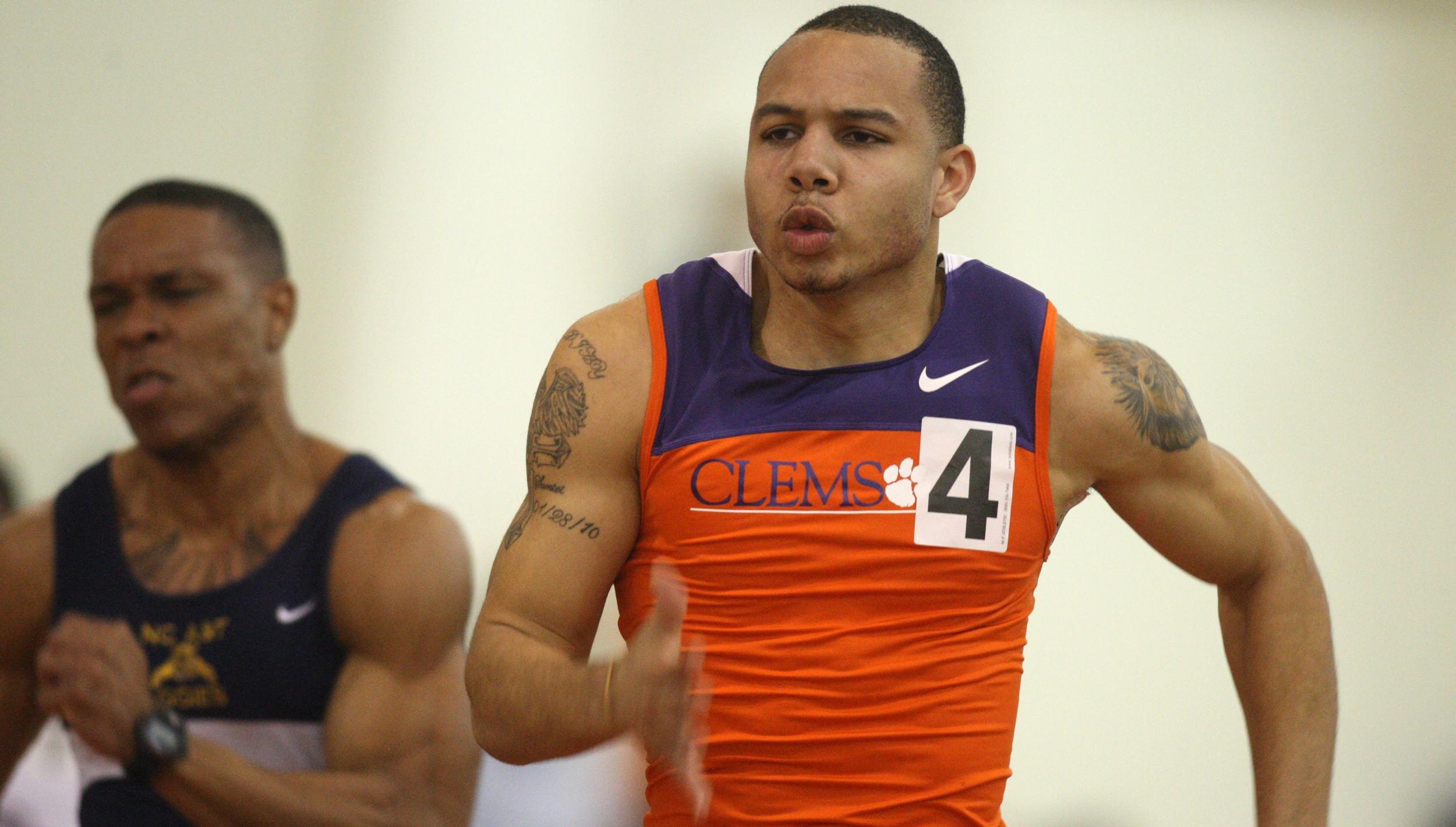 CLEMSON, SC – The Clemson track & field teams return to action on Saturday of this week at the Texas A&M Invitational in College Station. The one-day meet is set for A&M’s Gilliam Indoor Track, a banked 200-meter facility that typically provides for fast times. Clemson is one of eight teams competing in the event, along with host Texas A&M, Cal State Northridge, Florida, Georgia, Oklahoma, Rice and Texas State.

Clemson Head Coach Mark Elliott will bring his two teams to face off against his mentor, A&M legend Pat Henry. When Elliott ran for Blinn Junior College in 1987-88 and for LSU from 1989-90, Henry was his coach. Elliott was also an assistant coach under Henry at LSU from 1993-2004.

The Tigers are coming off arguably their best meet of the 2014 indoor season, the Armory Collegiate Invitational last weekend in New York City. There, a pair of school records fell on the women’s side while eight performances were new to the top 10 of Clemson’s indoor record books.

Tevin Hester was one of Clemson’s athletes who turned in a big performance in New York. The sophomore posted a time of 6.60, a personal best, to win the 60 dash against a quality field. His time is sixth-best inschool history. At Texas A&M, he is running on the same track that saw Jacoby Ford win a national title in 2009 with a blistering school-record time of 6.51. Fellow sprinter Reggie Lewis, a scorer last week in both of his events, is also traveling to A&M.

The first events are set for 2 p.m. ET Saturday. The women’s 5000 meters, men’s and women’s long jump, and men’s pole vault get started at that time. Brianna Blanton, who was one of Clemson’s top performers a week ago in the Big Apple, is slated for the women’s 800 meters at 4:45. Also on the track Saturday, the final two events scheduled are the men’s and women’s 3000 and the 4×400 relays. Clemson’s women look to build on its season-best in the signature finishing event.

Among field athletes, Lauren Terstappen is coming off her best career performance in the women’s pole vault. The graduate student and native of the greater Philadelphia area cleared 13’5.25″ at The Armory, and currently ranks among the NCAA’s top 30 in the event. The women’s pole vault competition is set for 4 p.m. Saturday.