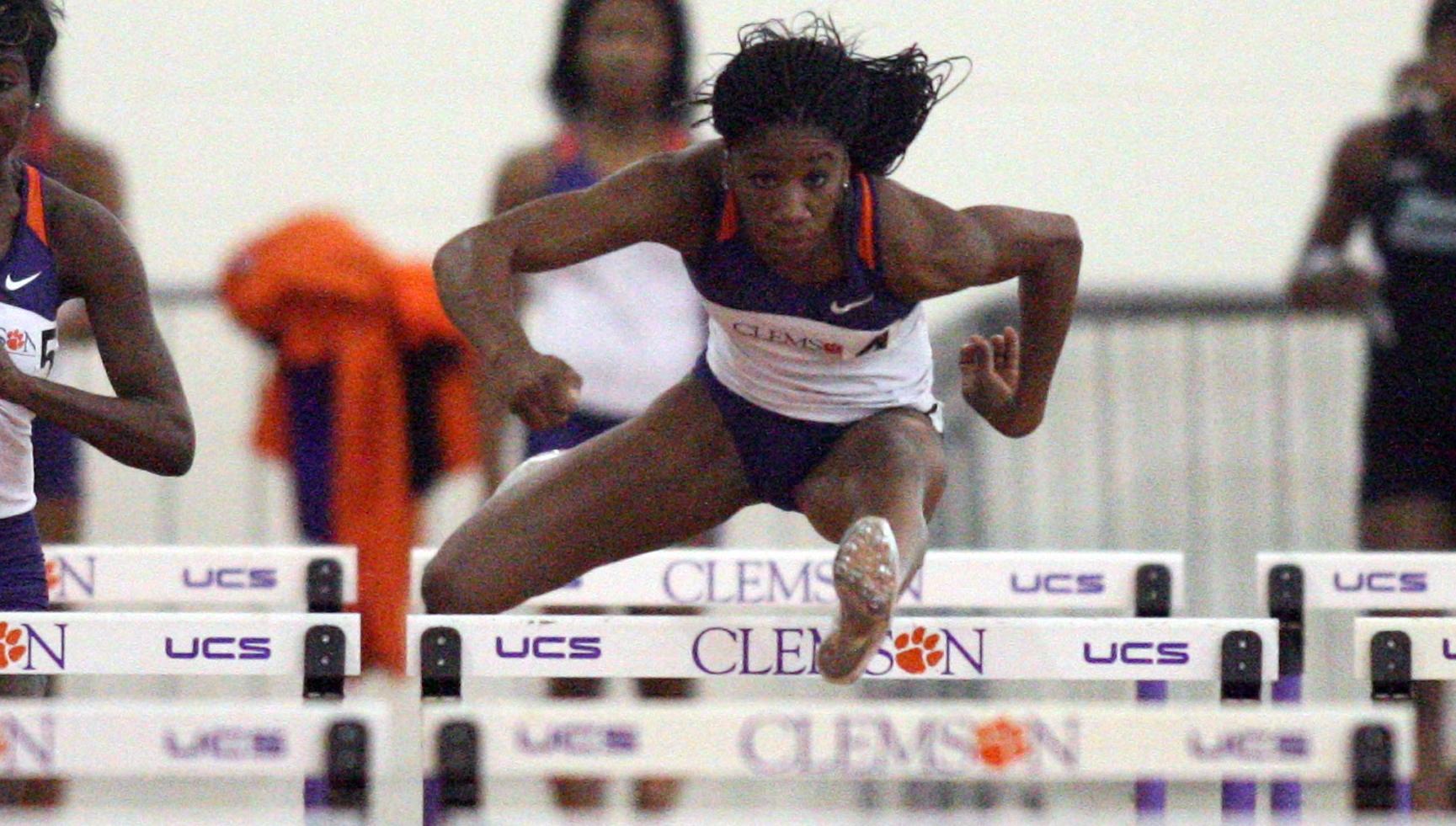 CLEMSON, SC – The Clemson track & field program will host its second meet of the 2012-13 indoor season on Friday, the Tiger Challenge. Several schools from across the Southeast will attend the one-day meet that is set to get underway at 11:00 AM with the field events. Running events are slated to start at 11:30. Live event scoring will be available on TimingInc.com.The Tigers began the indoor season on Dec. 1, 2012 at the Orange & Purple Winter Classic. Several standouts put together impressive starts for the program, including Whitney Fountain, who was named ACC Performer-of-the-Week after winning the pentathlon with a personal best point total. She amassed 3,998 points to easily capture the pentathlon and set the standard nationally in the event.Spencer Adams and Keni Harrison also recorded national-best marks at the season opener in December. Adams, who earned his undergraduate degree in December, clocked a 7.62 out of the gate in the 60-meter hurdles to establish a Clemson Indoor Track record. It was the second-best time of his career, trailing only a 7.60 from last season. Harrison, a sophomore, matched her best with a time of 8.19 in the women’s 60 hurdles to race to the national lead.Another member of the famed women’s senior class, Brittney Waller, meanwhile, hit a mark of 68’1.75″ (20.77m) to win the 20-pound weight throw. It is the fourth-best mark currently in Division I and the second-best in the career of the two-time defending ACC weight throw champion.Four field events get the action started Friday at 11 AM – women’s shot put, women’s pole vault, and men’s and women’s long jump. The men and women will use alternate pits, while the men’s shot put will follow the women’s event. The weight throw for women and men will follow the shot put. Also in the field, the triple jump starts at 1:00 PM as well as the women’s high jump. The men’s high jump will follow.The first track event will be the women’s distance medley relay at 11:30. The prelims for the 60 hurdles and 60 dash are scheduled to start at 12:00 PM and 12:35, respectively. Finals for both events begin with the hurdles at 1:25, followed by the dashes at 1:50 and 1:55. Also in the sprints, finals only will be conducted in the 200 and 400. The 4×400 relay will wrap up the day’s action, starting with the women approximately 4:20 PM. In the distance events, the women’s mile is scheduled for 1:05 followed by the men’s race, with 3K for the women and men beginning at 3:40.