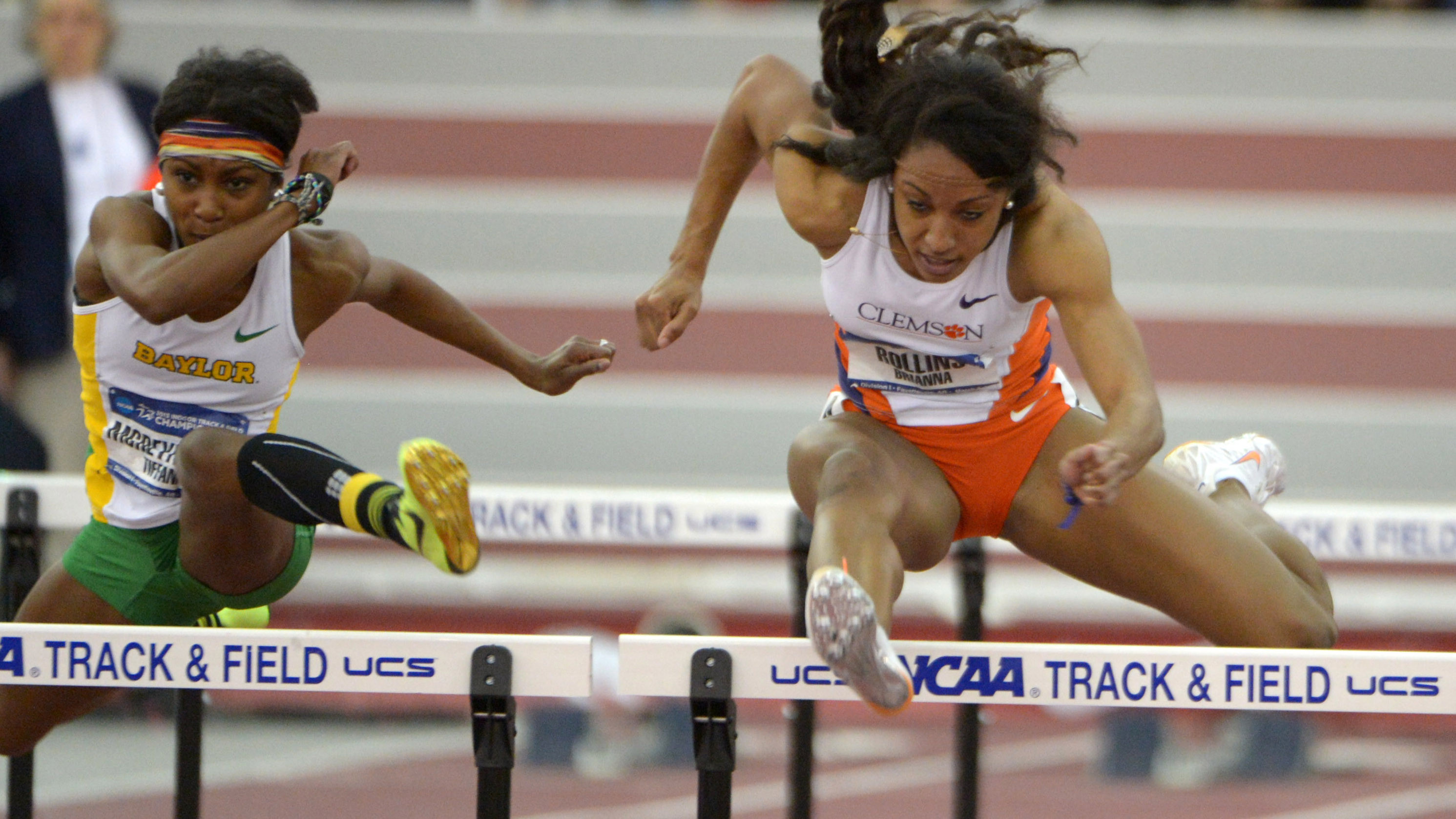 CLEMSON, SC – The Clemson track & field program had seven first-team All-Americans at the NCAA Indoor Championships, according to the official list released Monday by the U.S. Track & Field and Cross Country Coaches Association (USTFCCCA). The Tigers had a total of 13 first- and second-team performers across the men’s and women’s programs.The Clemson women’s team, which finished in sixth place, had five first-team All-Americans. Brianna Rollins leads the way, earning the honor for the sixth time in her decorated career. She is tied for third-most in school history, as only Shekera Weston (10) and April Sinkler (7) have more. Rollins established an NCAA Championships record in the 60 hurdles with a gold medal time of 7.79 – just one hundredth off her overall collegiate record set earlier this season.Dezerea Bryant collected a pair of first-team honors, giving her five for her career despite being just a sophomore. The Wisconsin native was fourth in the 60 final and fifth in the 200. Stormy Kendrick finished in sixth place in the 60 dash to collect her first individual first-team All-America accolade. She previously won the honor with the Tigers’ 4×100 relay last outdoor season. Brittney Waller collected first-team All-America honors for the first time. A senior from the Upstate of South Carolina, Waller earned the bronze medal in the 20-pound weight throw last Friday. She hit a mark of 70’10” and is the third different Tiger female to finish either second or third at the NCAA Championships in the event, joining Jamine Moton and Della Clark.The Tiger women’s team had three second-team All-Americans in Marlena Wesh (400 meters), Keni Harrison (60 hurdles) and Jasmine Brunson (triple jump).Spencer Adams and Tevin Hester were first-team All-Americans from Clemson’s men, who tied for 25th place. For Adams, it was the senior’s fourth career first-team All-America accolade. He placed third in the 60 hurdles with a time of 7.60 in the final. Hester finished seventh in the 60 dash and is the first Tiger rookie on the men’s side to earn first-team All-America status in that event since Jacoby Ford in 2007.The men’s team had three second-team All-Americans in Brunson Miller (400 meters), Marcus Maxey (60 hurdles) and Torian Ware (high jump).