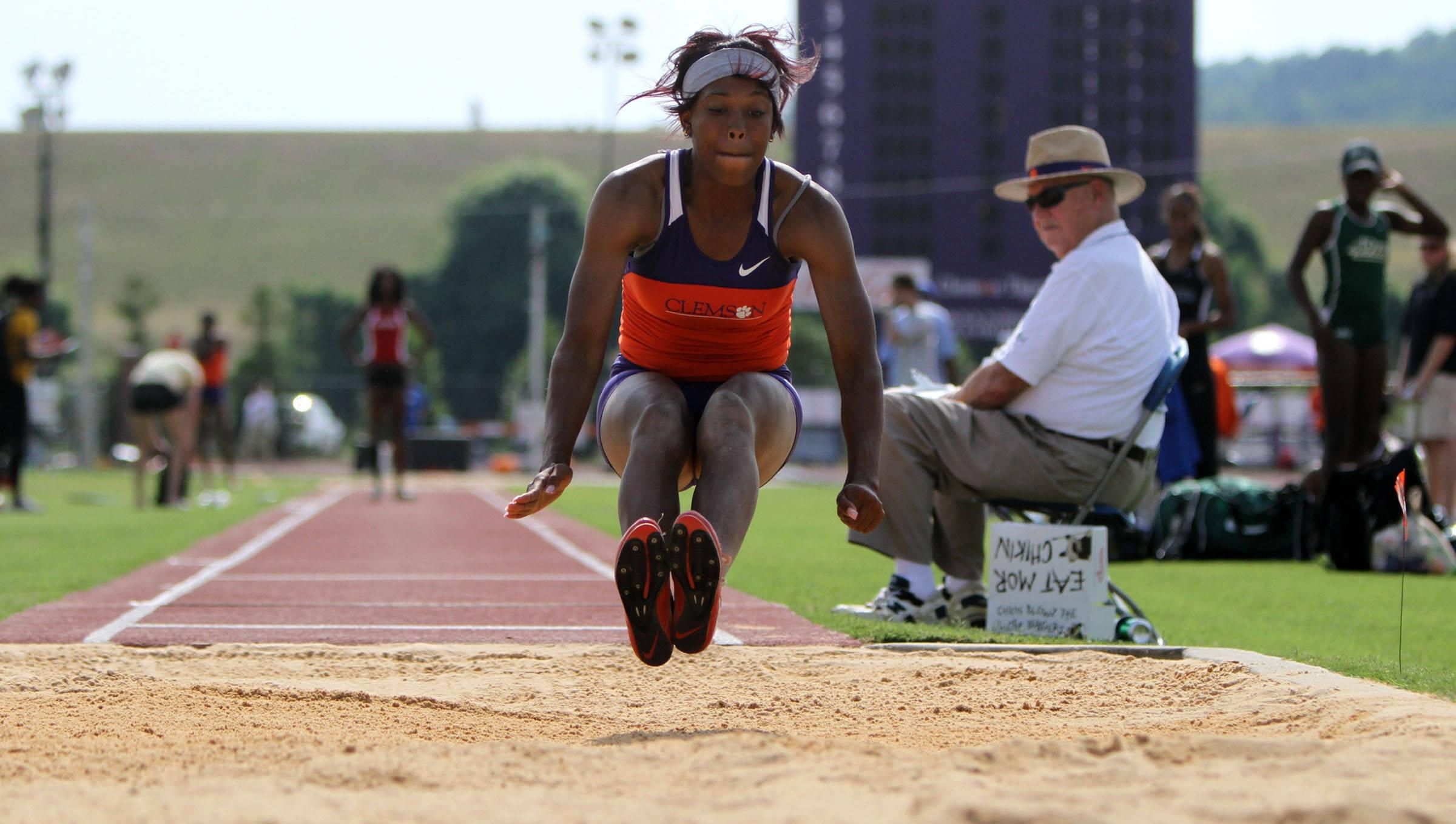 CLEMSON, SC – The Tiger track & field teams will split in different directions this weekend, with half of the team headed to Austin, TX for the Texas Relays and half headed to Raleigh, NC for the Raleigh Relays. Clemson’s action will begin Friday for both meets. Live results will be available from Austin at TexasSports.com, and from Raleigh at FlashResults.com.This will be Clemson’s second trip to the Texas Relays in the last three seasons, and the Tigers look to return with hardware for the first time ever. Clemson has never won an event at the Texas Relays. The closest the Tigers came in 2011 was a second-place finish in the men’s 4×400 relay. Patricia Mamona was third in the women’s triple jump, the highest individual finisher at the meet for the Tigers two years ago.Brianna Rollins will open her outdoor hurdles campaign after a flawless indoor season. She was the NCAA silver medalist in the 100 hurdles last season, and looks to improve on a fourth-place finish two years ago in Texas. She runs the preliminary round Friday morning, with the final set for Saturday at 3:15 ET. Spencer Adams leads a group of three men’s entries in the 110 high hurdles, and he looks to improve on his finish from two years ago as well. Adams was the bronze medalist at the 2012 NCAA Outdoor Championships in the event. Warren Fraser and Tevin Hester are slated for the men’s 100 dash, with prelims Friday morning and the final set for approximately 4:05 Saturday. Nnenya Hailey and Marlena Wesh are also slated for individual action at the Texas Relays in the 400 hurdles, which is scheduled for Friday at 7:45 PM.Clemson will send three relays to Texas. The 4×400 groups for both genders will compete in prelims Friday morning, with finals set for Saturday afternoon. Clemson will also enter a women’s sprint medley, slated to run its invitational section at 6:20 PM Friday.Friday’s field events at Texas will include the high jump, pole vault, long jump and triple jump. Jasmine Brunson is scheduled for the long jump in the morning and triple jump in the afternoon. Mimi Land is set for three different events, starting with the triple jump Friday afternoon and ending with the high jump and long jump on Saturday. Christy Gasparino and Lauren Terstappen are also scheduled for the women’s pole vault, while Torian Ware will enter the men’s high jump on Saturday morning.The Raleigh Relays will feature not only Clemson’s distance runners, but also the return of senior Jasmine Edgerson. She did not compete the final month of indoor season due to injury, but is slated for the 400 dash on Friday at 3:35 PM. Friday’s action from Raleigh will feature the 1500 meters, steeplechase and 5000 meters. Natalie Anthony leads a group of three in the women’s 1500, while Aaron Ramirez and Martin Maloney will battle in the men’s 1500. Ty McCormack will run the 5000 approximately 8:35 Friday evening.Ramirez will shift his attention to his primary event, the 800 meters, on Saturday at 2:05. Brianna Blanton, who has had a great start to her outdoor season, will follow him in that event. Clemson will also send out teams in the 4×800 and 4×1500 relays on Saturday.Several field event athletes will travel to Raleigh, most notably Brittney Waller. She is scheduled for the discus Friday and the hammer throw on Saturday. Jalen Langston will compete in the men’s high jump Friday, while Cory Thalheimer takes to the shot put.