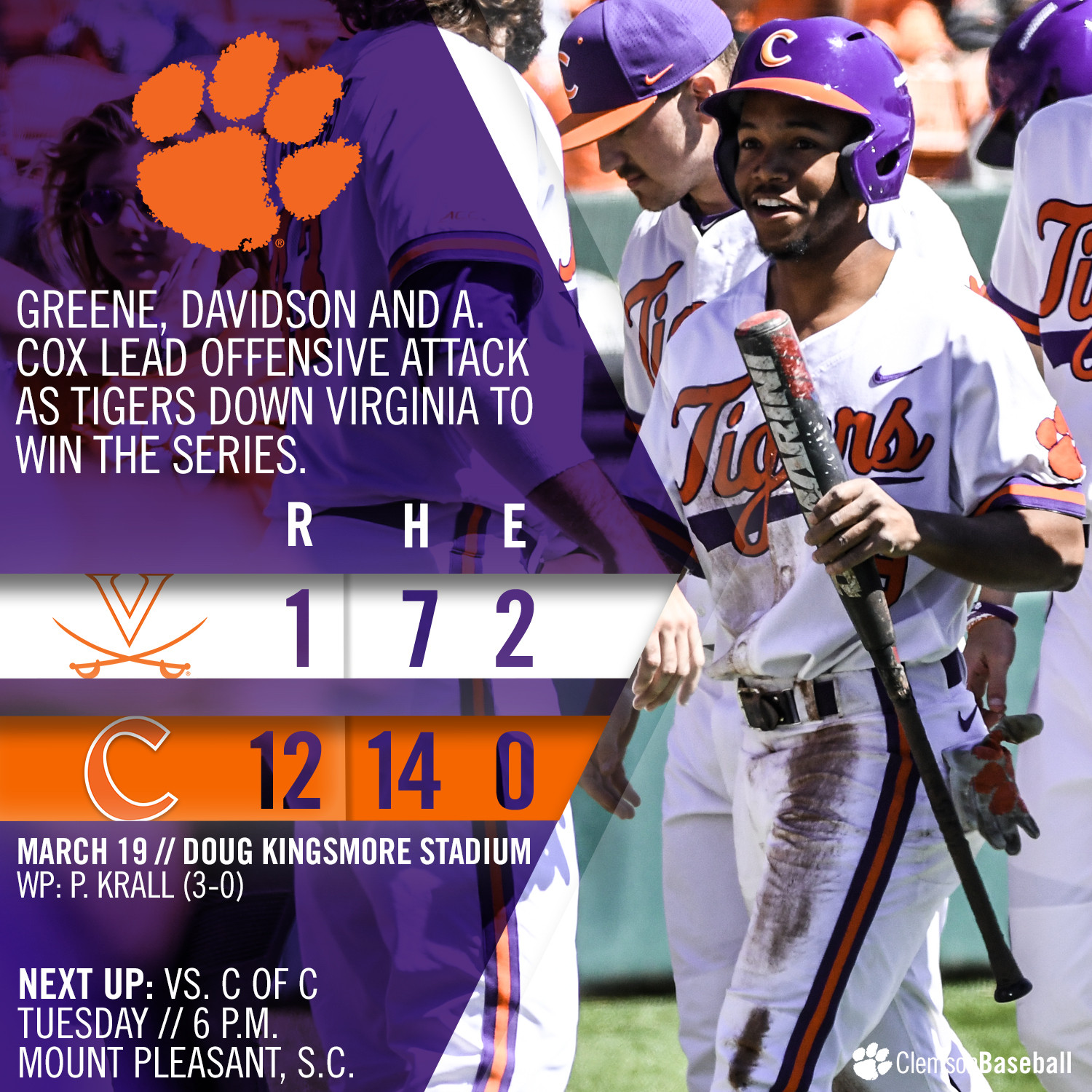 CLEMSON, S.C. – Senior lefthander Pat Krall allowed one run on five hits in 7.0 innings pitched in No. 9 Clemson’s 12-1 victory over No. 11 Virginia at Doug Kingsmore Stadium on Sunday afternoon. The Tigers, who won their first series against Virginia since 2005 by winning two of the three games, improved to 16-4 overall and 5-1 in the ACC. The Cavaliers dropped to 15-5 overall and 2-4 in ACC play.

Krall (3-0) earned the win, as he gave up two walks with four strikeouts and threw 25 first-pitch strikes to the 29 batters he faced. Cavalier starter Adam Haseley (3-1) suffered the loss, as he gave up four runs on eight hits in 4.0 innings pitched.

Chris Williams’ run-scoring double in the first inning gave Clemson the lead, then the Tigers scored two runs in the third inning, highlighted by Jordan Greene’s run-scoring single. Logan Davidson led off the fourth inning with a home run, his second long ball of the season. After Charlie Cody hit a solo homer in the top of the fifth inning, Andrew Cox hit a solo home run in the bottom of the fifth inning, his third long ball of the year. Clemson added a run in the sixth inning, five runs in the seventh inning and a run in the eighth inning to pull away.

The Tigers travel to Mount Pleasant, S.C., to take on College of Charleston on Tuesday at 6 p.m.