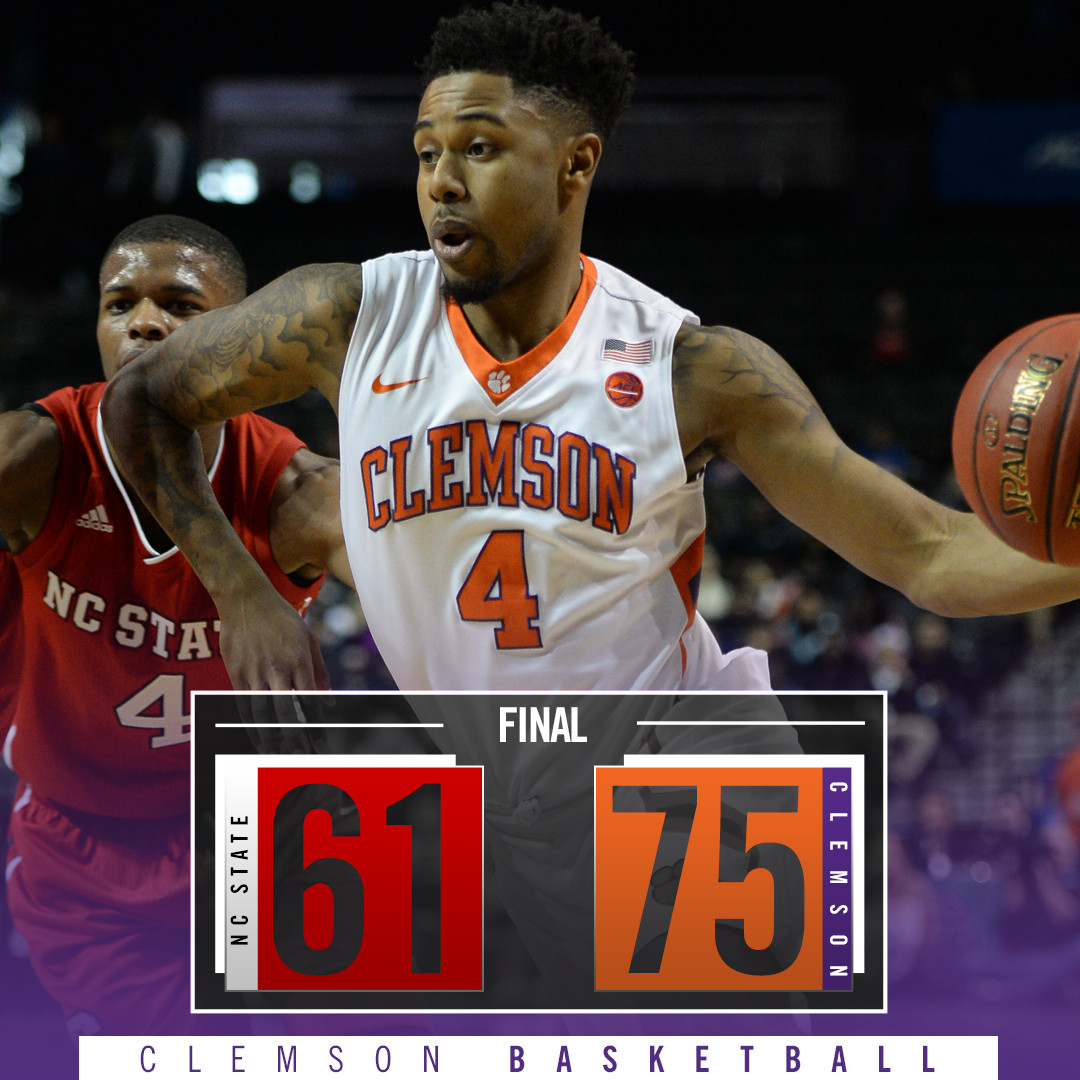 BROOKLYN, N.Y. — Clemson earned its second victory in six days over NC State and advanced to the second round of the ACC Tournament with a 75-61 triumph at the Barclays Center on Tuesday. The Tigers, who move on to face fifth-seeded Duke on Wednesday at 2 p.m., moved to 17-14 on the season. NC State finished its campaign with a 15-17 mark.

Jaron Blossomgame and Shelton Mitchell both scored 22 points for the Tigers, who led for nearly 38 minutes in the game. Blossomgame hit 9-17 field goals, while Mitchell was 8-13. Mitchell hit three of Clemson’s seven three-pointers, and also contributed a game-high six assists. In a matchup with NC State point guard Dennis Smith, the ACC Rookie of the Year, Smith struggled to 3-12 shooting with four turnovers. Elijah Thomas also had double figures with 10 points.

The Tigers held an 11-point lead at halftime behind the brilliant first half performance from Blossomgame, who led all players with 14. Before he picked up a second foul with just under three to play, he hit a pivotal three-pointer. Moments later, Avry Holmes made NC State pay going into the break with a three that rattled in with five seconds remaining in the frame.

Mitchell came out hungry in the second half. He blew past ‘Pack defenders for a highlight reel jam, then hit a key three-point goal from the corner to lift his team to a 54-41 lead at the under-12 timeout. Marcquise Reed got in the act a couple of possessions later, and after a three from the same spot, extended the cushion to 16. Clemson’s biggest advantage was 17 following two Reed free throws.