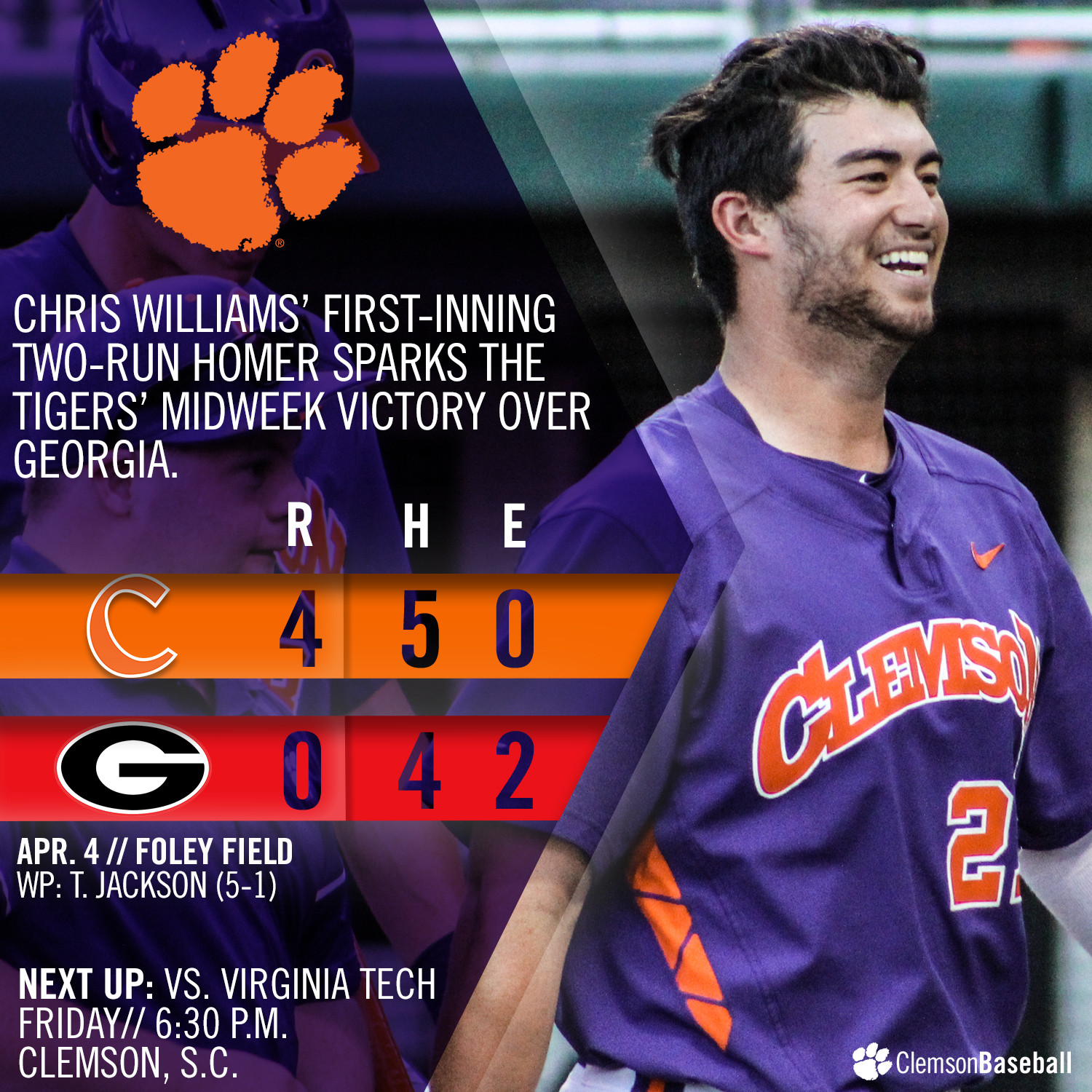 ATHENS, GA. – Tyler Jackson pitched 7.2 scoreless innings and Chris Williams hit a two-run homer in the first inning to lead No. 4 Clemson to a 4-0 victory over Georgia at Foley Field on Tuesday night. The two teams conclude the home-and-home season series at Clemson on April 19.

Jackson (5-1) earned the win by allowing just four hits, no runs and no walks with five strikeouts in 7.2 innings pitched, as he threw only 77 pitches for Clemson (25-5), who registered its seventh shutout victory of the season. Ryan Avidano (2-1) suffered the loss for Georgia (13-17).

Logan Davidson led off the game with a single. Three batters later with two outs in the first inning, Williams laced a two-run homer to left-center, his eighth long ball of the season. The Tigers added two runs in the ninth inning, including one run on Grayson Byrd’s sacrifice fly.

Clemson hosts Virginia Tech in a three-game series this weekend starting Friday at 6:30 p.m., on ACC Network Extra. The first 1,000 fans receive player trading cards (part of a set of the entire roster).