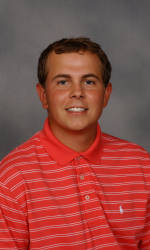 Clemson, SC – Clemson will begin play at the first Linger Longer Invitational at Reynolds Plantation in Greensboro, GA. Clemson is one of 14 teams in the field for the 54-hole event that will run Friday through Sunday.

Clemson will take six players to the tournament. Senior Zack Siefert will play his third career event after shooting a team best 65 on the last round of qualifying last weekend. Also in the lineup will be All-American Kyle Stanley, who leads the team with a 72.67 stroke average so far this year, and classmate Sam Saunders, who is close behind with a 72.75 average.

Phillip Mollica and Luke Hopkins round out the Clemson team lineup. Mollica won the North-South Amateur last summer and had Clemson’s top individual round at the Puerto Rico Classic last week with an opening round 68. Hopkins will be in his first tournament of the spring after recording a 73.75 stroke average in the fall. Senior Tanner Ervin will play the event as an individual.