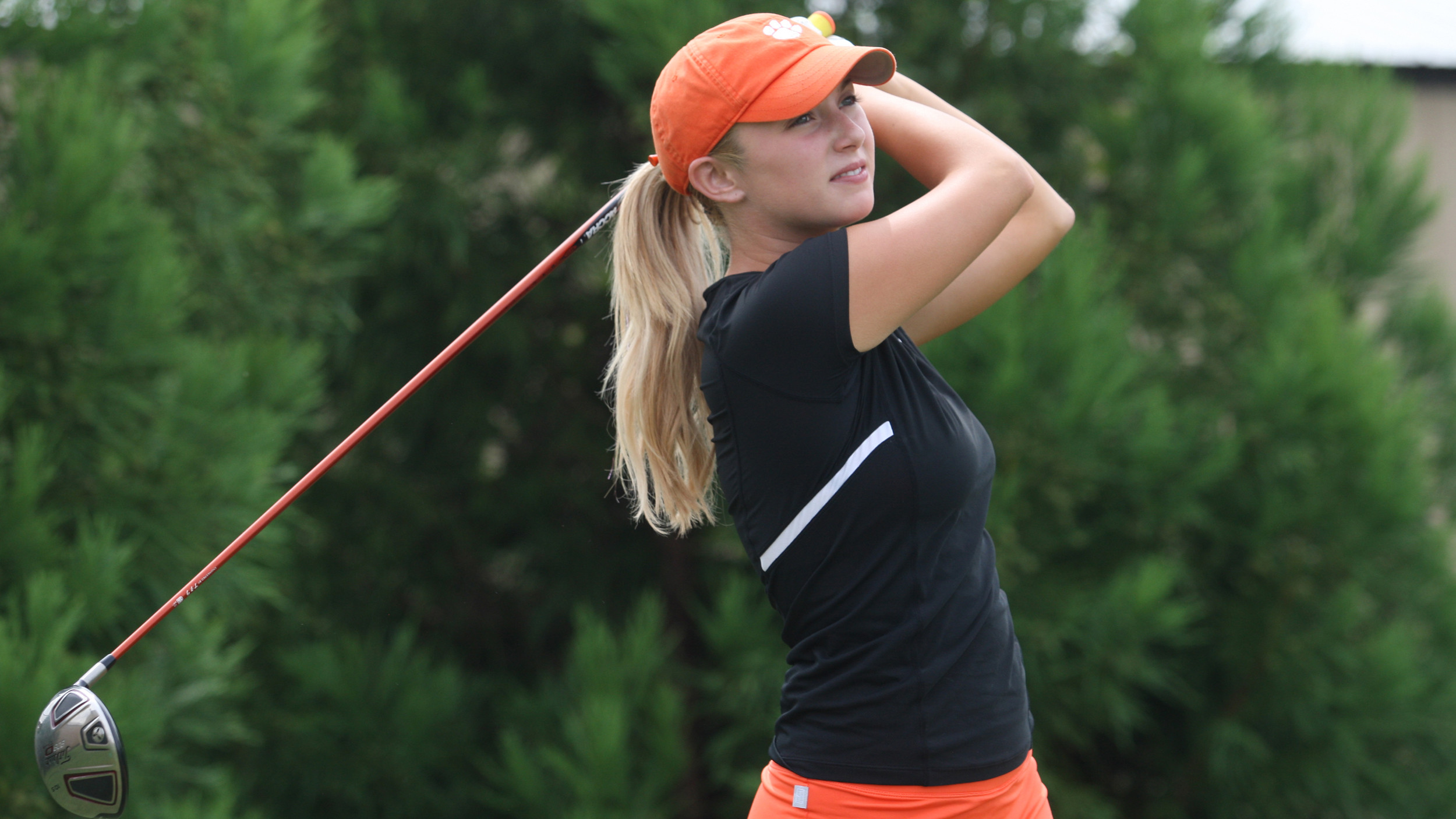 CLEMSON, SC – Clemson’s first women’s golf team will play nine tournaments against teams from traditional national golf powers according to the schedule released by Head Coach J.T. Horton on Monday. The inaugural season of Clemson women’s golf will feature four tournaments in North Carolina, three in South Carolina, one in Louisiana and one in Florida.

The first tournament in the history of Clemson women’s golf will be the Cougar Classic at Yeamans Hall Club in Charleston, SC, September 8-10.  This is annually one of the top tournaments of the fall and a look to the 2012 results backs that up.

Last year, six of the top eight teams at the Cougar Classic finished in the top 18 of the NCAA Tournament at the end of the season, including National Champion Southern California and second-place finisher Duke.  Top ten teams from Auburn and Alabama were also in the field.

The second tournament of the year will give upstate South Carolina fans an opportunity to see the Lady Tigers play in person, as Clemson will be at the Lady Paladin Invitational at Furman University in Greenville, SC, September 20-22.  The tournament will be played on an open weekend for Clemson’s football team.

Clemson has two tournaments scheduled in October and both will be played in North Carolina.  Clemson will be at the Ruth’s Chris Tar Heel Invitational October 11-13, an event hosted by ACC rival North Carolina, and at the Landfall Tradition in Wilmington, NC, October 25-27.

Horton’s team opens the spring schedule Feb. 14-16 at the Seminole Match Up at Southwood Golf Course in Tallahassee, FL where ACC foe Florida State will serve as host.  It is also one of the three sites for NCAA Regional play in May.

A week later Horton will take his team to New Orleans, LA for the Allstate Sugar Bowl Invitational, a tournament where Tulane, Horton’s former school, will serve as host.  Southern California won the tournament last year in a field that also included UCLA, Duke, LSU, Alabama, Texas and Florida.

After a month without a tournament, Clemson will play the Briar’s Creek Invitational at John’s Island, SC and the Bryan National Collegiate in Greensboro just three days apart.

The regular season concludes April 18-20 at the ACC Tournament at Sedgefield Country Club in Greensboro, NC, the same course that plays host to the a PGA Tour event each year.

The NCAA Regional events are at Tallahassee, FL, Stillwater, OK and Ce Elum, WA, while the National Championship Tournament will be at Tulsa Country Club in Tulsa, OK.