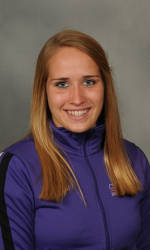 CLEMSON, SC – The Clemson men’s and women’s swimming and diving teams will compete against South Carolina on Friday, October 30 at 5:00 p.m. in McHugh Natatorium.

This will be Clemson’s first home meet this season. Clemson’s women are coming into this meet with a 4-0 record overall and 2-0 in the ACC, and the men are 2-1 overall and 0-1 ACC. South Carolina’s men are 1-2 and the women are 0-3 on the season.

South Carolina’s men and women won last season’s meeting between the two teams in Columbia. The Gamecocks currently lead the series 37-30-1 on the men’s side and 19-14 on the women’s side.

Clemson freshman Meg Anderson will lead the way in the sprint freestyle events for the women. South Carolina will counter with senior and Olympian Sharntelle McLean. McLean competed in the 2008 Olympics in the 50 free for her home country of Trinidad & Tobago.

Tiger senior Thomas Recko is coming off of a great meet against Georgia Tech and Western Kentucky and will lead the men. His time in the 200 backstroke is currently top in the ACC and his 100 backstroke time is second.

South Carolina junior diver Courtney Forcucci will lead the way for the Gamecocks on the boards, as she was SEC Diver of the Week last week after winning the one-meter and three-meter events against North Carolina and Virginia Tech. Taryn Zack, who was the SEC Champion on the one-meter board last season, will aid her.

Clemson diver David Giambra will lead the Tigers’ on the men’s side.