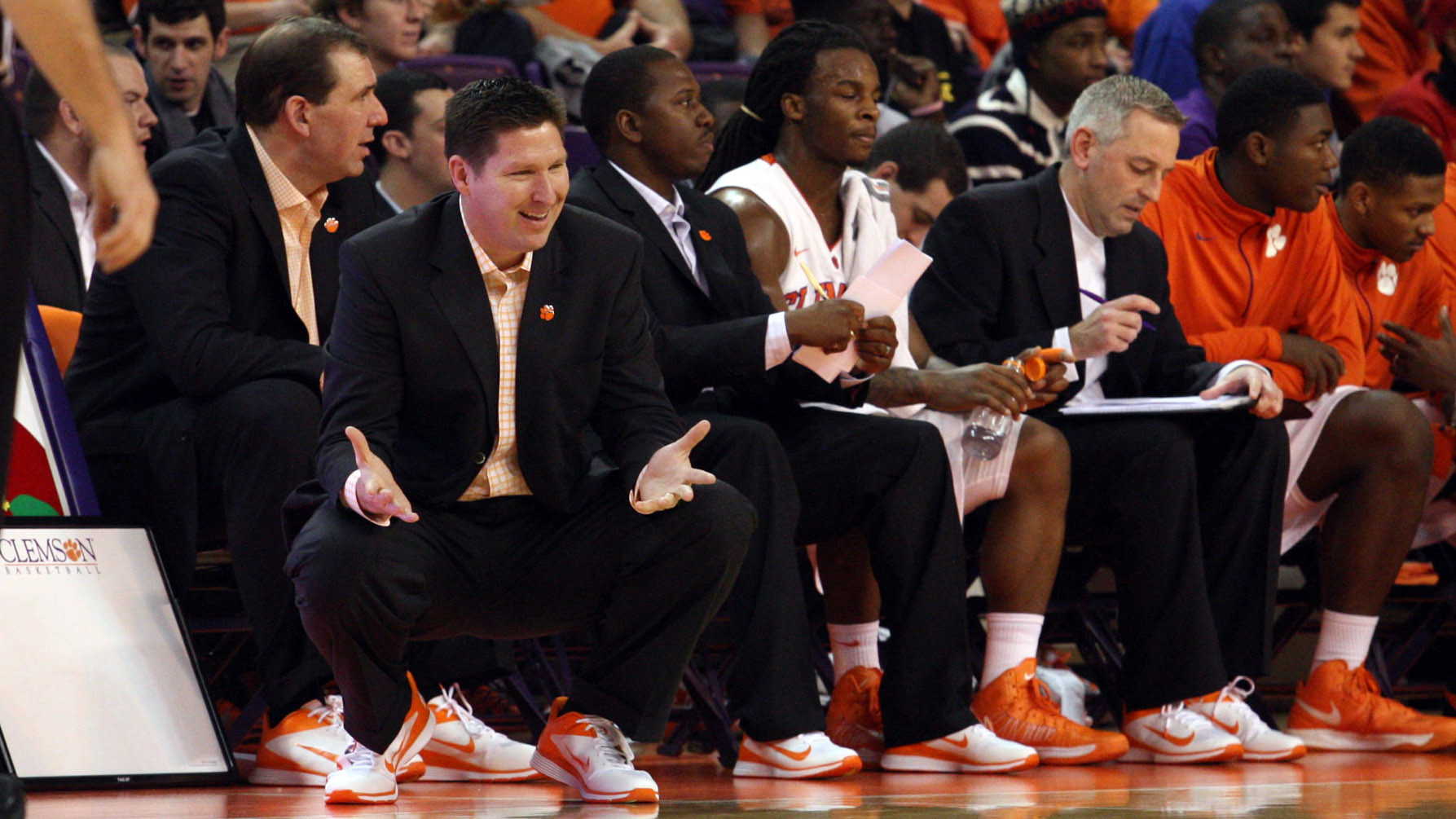 QUICK FACTS• Clemson and Georgia Tech have faced each other 120 times in men’s basketball, with the Tigers holding the slight 61-59 advantage all-time in the series. The Tigers have won the last five games overall, including all four under current Head Coach Brad Brownell.• The Tigers enter Tuesday’s tilt after a 77-70 victory at home over Virginia Tech on Sunday. Clemson senior Milton Jennings scored a career-best 28 points, including a 16-for-18 performance at the free throw line. Damarcus Harrison added a career-high 19 in the winning effort.• Georgia Tech recently won its first conference game of the season, 82-62 at home over Wake Forest last Saturday. The Yellow Jackets led 18-0 out of the gates and shot 62 percent in the opening half.• Tuesday’s game will feature two of the top four scoring defenses in the ACC, Clemson (57.0) and Georgia Tech (59.5).• Tech assistant Josh Postorino was part of the previous staff at Clemson from 2007-10. He was director of basketball operations his first season and assistant coach from 2008-10 under then Head Coach Oliver Purnell.• Georgia Tech’s Brian Gregory and Clemson’s Brad Brownell were head coaches in the city of Dayton, OH together from 2006-10. Gregory was in charge at the University of Dayton, while Brownell was at Wright State.• Georgia Tech freshmen Marcus Georges-Hunt and Chris Bolden were teammates together with Clemson rookie Jaron Blossomgame at the AAU level with the under-17 Georgia Stars organization in the summer of 2011.• Devin Booker was held without a field goal for the first time in 58 games on Sunday when he went 0-for-3 versus Virginia Tech while continuing to battle flu-like symptoms. The Tiger big man did contribute 10 rebounds, his third double-figure effort on the glass in seven ACC games.• Jennings made 16 free throws in the win over Virginia Tech, the most by any Tiger since Butch Zatezalo buried 16 in 17 attempts against Wake Forest in 1969. Only Zatezalo has made more free throws for Clemson in a game with 17 against Maryland in 1968.• K.J. McDaniels has made multiple threes in three straight games, including a career-high (5) against Virginia Tech.

YOUTH TICKET PROMOTIONChildren 12 and under are eligible for a $5 ticket for the Clemson-Georgia Tech game. These tickets may be purchased in advance by clicking the link in the Quick Links box above, or on the day of the game at the Littlejohn Coliseum Box Office which opens one hour prior to tip-off. Tickets are based on availability.