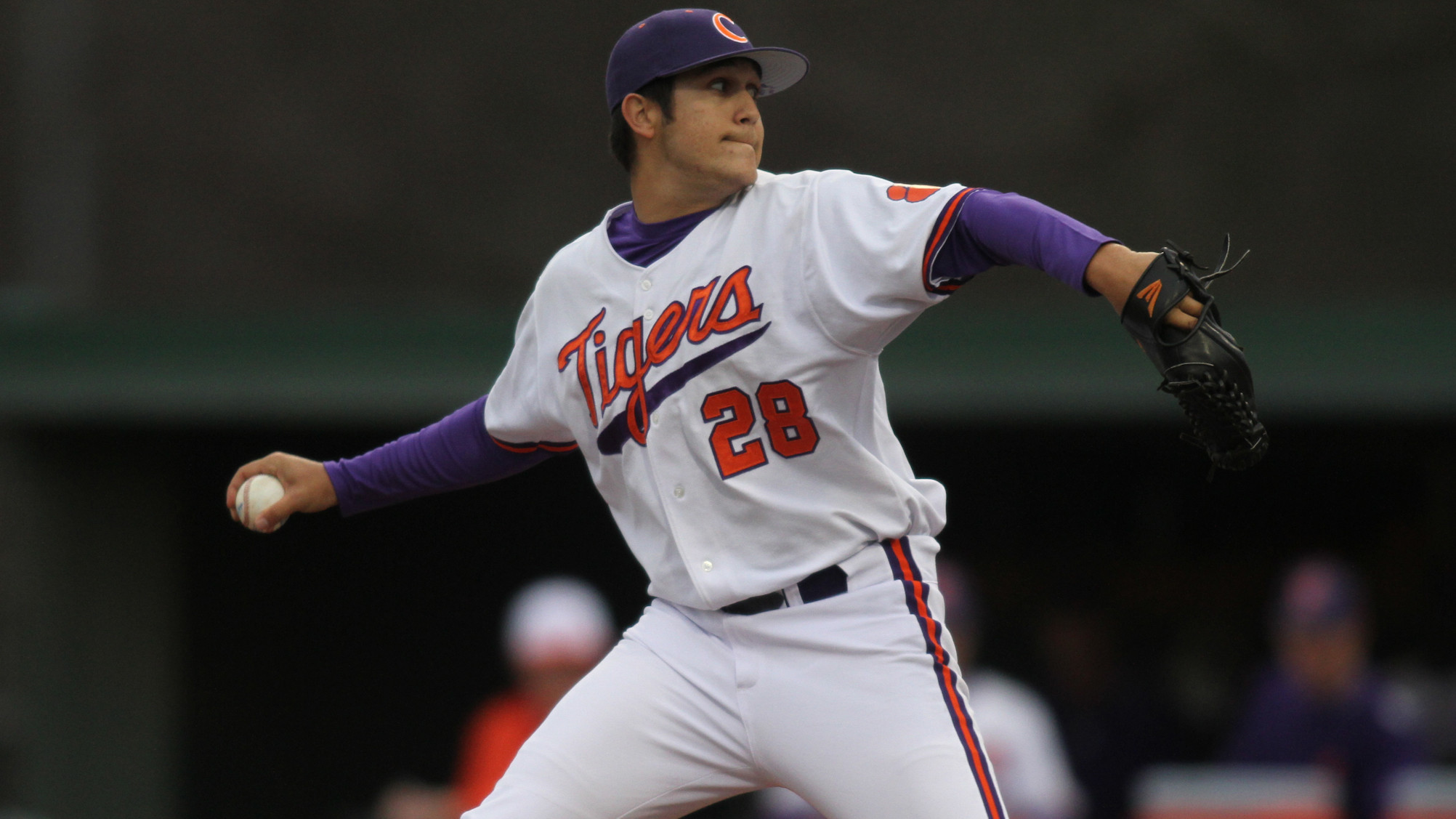 Clemson vs. FurmanClemson (26-11), ranked as high as #12 in the nation, will host Furman (19-16) on Wednesday at Doug Kingsmore Stadium. First pitch is scheduled for 6:30 PM. The game will be available live via webcast on TigerCast at ClemsonTigers.com. The game will also be broadcast live on the radio by WCCP (104.9 FM) out of Clemson. Live stats will be available online at ClemsonTigers.com as well.

The SeriesClemson and Furman have met 201 times on the diamond, with the Tigers leading 140-57-4 in the series dating to the 1896 season. Clemson’s first two games in school history were against the Paladins, both losses in 1896, which were the Tigers’ only games that season. The two teams have played at least one game every year since the 1983 season.

The Starting PitchersFurman will start junior righthander Jacques de Gruy (0-1, 15.43 ERA) on the mound. The Dallas, TX native has made three relief appearances for a total of 4.2 innings pitched. He has allowed 10 hits (.417 opponents’ batting average) and six walks with four strikeouts.

The Tigers will counter with senior righthander Jonathan Meyer (2-0, 4.01 ERA) on Wednesday. The San Diego, CA native has made nine relief appearances and two starts for a total of 24.2 innings pitched. He has given up 32 hits (.323 opponents’ batting average) and three walks with 21 strikeouts.

The PaladinsFurman, led by 20th-year Head Coach Ron Smith, enters Wednesday’s game at #12 Clemson with a 19-16 overall record and 7-11 SoCon mark after falling twice in three games at Wofford last weekend. The Paladins, who are 6-3 in one-run games, are 8-7 on opponents’ home fields in 2013.

The pitching staff has a 4.60 ERA and .275 opponents’ batting average along with 262 strikeouts against 145 walks in 323.0 innings pitched. Sophomore righty Matt Solter has six of the team’s 10 saves in 16 relief appearances. Furman, who has allowed 55 steals in 68 attempts, is fielding at a .955 clip as well.

The TigersClemson, ranked as high as #12 in the nation, enters Wednesday’s game against Furman with a 26-11 overall record and 12-6 ACC mark sweeping Wake Forest in a three-game series at home last weekend. The Tigers, who are riding a 10-game winning streak, are 17-7 at home in 2013.

The pitching staff has a 3.15 ERA and .256 opponents’ batting average in 337.0 innings pitched. The staff has allowed 117 walks against 238 strikeouts, good for a 2.03 strikeout-to-walk ratio. Junior righty Matt Campbell has six of the team’s 11 saves, while senior righthander Scott Firth has two saves. The Tigers are fielding at a .972 clip as well.

PollsFor the first time in 2013, the Tigers are in the top 25 of all three polls after going 5-0 in five games last week. Clemson is ranked #12 by Collegiate Baseball and #20 by Baseball America. The Tigers entered the top 25 of the Sports Weekly coaches poll for the first time at #24. The top-25 rankings means that Clemson has had at least least one top-25 ranking during all 20 of Jack Leggett‘s 20 seasons as head coach at Clemson.

Tigers Riding 10-Game Winning StreakSaddled with a 16-11 overall record and 5-6 ACC mark, Clemson broke through with a dramatic 5-4 win in 11 innings at #1 North Carolina on April 1. The Tigers have not lost since and have won 10 games in a row, their longest winning streak since winning 17 consecutive games in 2006 from April 22 to May 25.

During Clemson’s 10-game winning streak, the Tigers are hitting .300 with a .385 on-base percentage thanks to 53 walks against only 50 strikeouts. The Tigers are averaging just 5.8 runs per game during the streak, but they are 4-0 in one-run games, 2-0 in two-run games, and 2-0 in three-run games, meaning eight of the 10 wins have been by three runs or less.

Meyer a Familiar Face on the MoundSenior righthander Jonathan Meyer (San Diego, CA) has been a regular presence on the mound for the Tigers the past four seasons. He has made 78 career appearances, tied for 10th-most in Tiger history, while his 2.33 walks-per-nine-innings-pitched mark is ninth-best in school history.