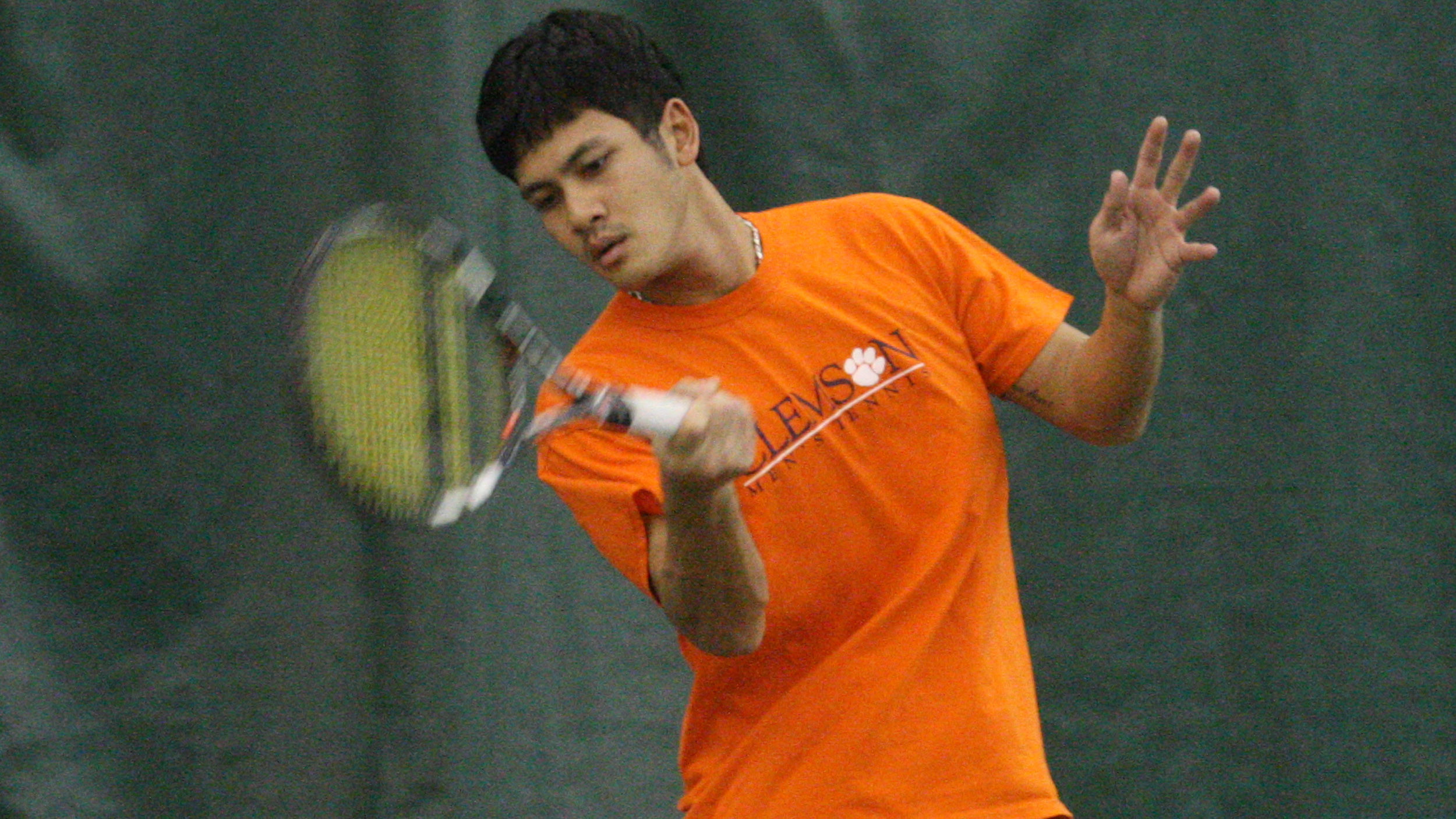 Clemson to Play at Wisconsin Sunday

CLEMSON, SC – The Clemson men’s tennis team will play at Wisconsin in Madison, WI on Sunday morning at 11:00 a.m.  The Tigers have a 5-1 record overall this season and are ranked 57th nationally according to the latest Intercollegiate Tennis Association poll.

Clemson is led by Yannick Maden with a 10-4 record overall and a 4-1 mark in dual matches.  He is ranked 75th in singles competition.  The doubles team of Maden and his younger brother Dominique Maden are ranked 19th as a doubles team.

Wisconsin has a 4-0 record overall this season.  The Badgers will play host to UC-Irvine on Saturday.  Petr Satral and Oskar Wikberg are both 4-0 this season.

This will be the ninth meeting between Clemson and Wisconsin on the tennis courts.  The Tigers lead the overall series 7-1.