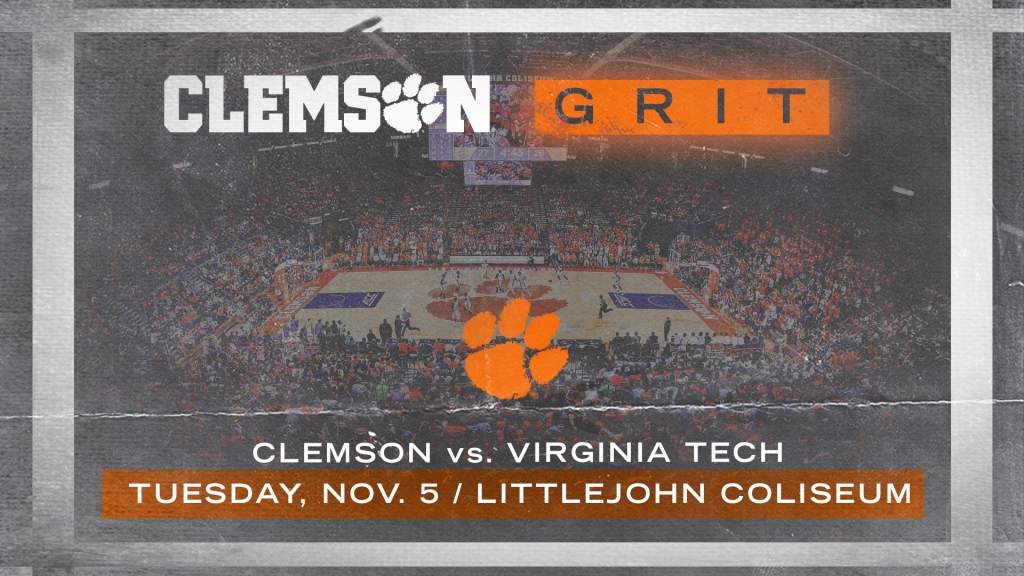 GREENSBORO — Clemson University men’s basketball will open the 2019-20 season on Tuesday, Nov. 5 when it hosts Virginia Tech. The game serves as the first of 20 league games Clemson will play next season with the ACC expanding from an 18-game slate to 20.

The Tigers and Hokies will be aired on either ESPN2 or ESPNU. The game will serve as the first of two that Clemson and Virginia Tech will play next year during its home-and-home series in 2019-20.

The ACC recently released its schedule matrix for the next three seasons and the opponents for each school.

The Tigers will be home only to Duke, Miami, Notre Dame and Syracuse. They will travel to play Boston College, North Carolina, Pittsburgh and Virginia.

“Next year begins our move to a 20-game conference schedule, and to be able to open the season with a round of conference games makes it truly unique,” said ACC Commissioner John Swofford. “We believe it will be a great way to tip-off another outstanding season of ACC basketball for our coaches, student-athletes and fans. In addition, we’re pleased to have a terrific partner in ESPN to televise these games on the new ACC Network and its other channels.”