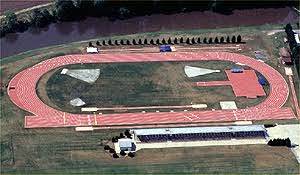 CLEMSON, S.C.-Clemson University, the City of Clemson and the Clemson Area Chamber of Commerce will join forces to host the 2001 National Youth Athletics Track and Field Championships, a five-day event that could attract more than 5,000 athletes and spectators to the area and pump more than $1 million into the local economy.

“The next Carl Lewis or Jackie Joyner-Kersee could be from South Carolina, and they’ll have the chance to compete right here in Clemson.”

The championships will be held July 3-8, 2001, at the university’s Rock Norman Track Facility. Up to 2,500 athletes, 8-19 years old, will compete in hundreds of events ranging from relay races to javelin throwing. The events will be open to the public at a nominal admission fee.

Local organizers said the many family members, coaches and other supporters expected to accompany the athletes should keep local hotels, restaurants and related services busy during a traditionally slow time of year.

“Conservative figures indicate the economic impact could be at least $1.2 million,” said Eddie Nail, executive director of the Clemson Area Chamber of Commerce. “This is a terrific opportunity for the entire local area, including Central, Pendleton and Six Mile as well as Clemson itself.”

Nail said hosting the track and field championships also could have long-term benefits for the area.

“When the university, the business community and the area cities come together and work as partners, we will gain experience at hosting such events,” he said. “We should then be able to combine that experience with our name to host more events, since Clemson is one of a very few places in the state recognizable worldwide. Others are Hilton Head, Charleston and Myrtle Beach. I’m sure we’ll do more of this.”

Jeff Martin, director of conference and guest services at Clemson University and vice chairman of university relations for the Clemson Area Chamber of Commerce, led the team that prepared the Clemson area’s bid to host the championships.

“Clemson residents are accustomed to working together for the benefit of the entire community,” Martin said. “This will take a tremendous effort, and there will be great opportunities for our community to let the nation know how truly wonderful Clemson is.”