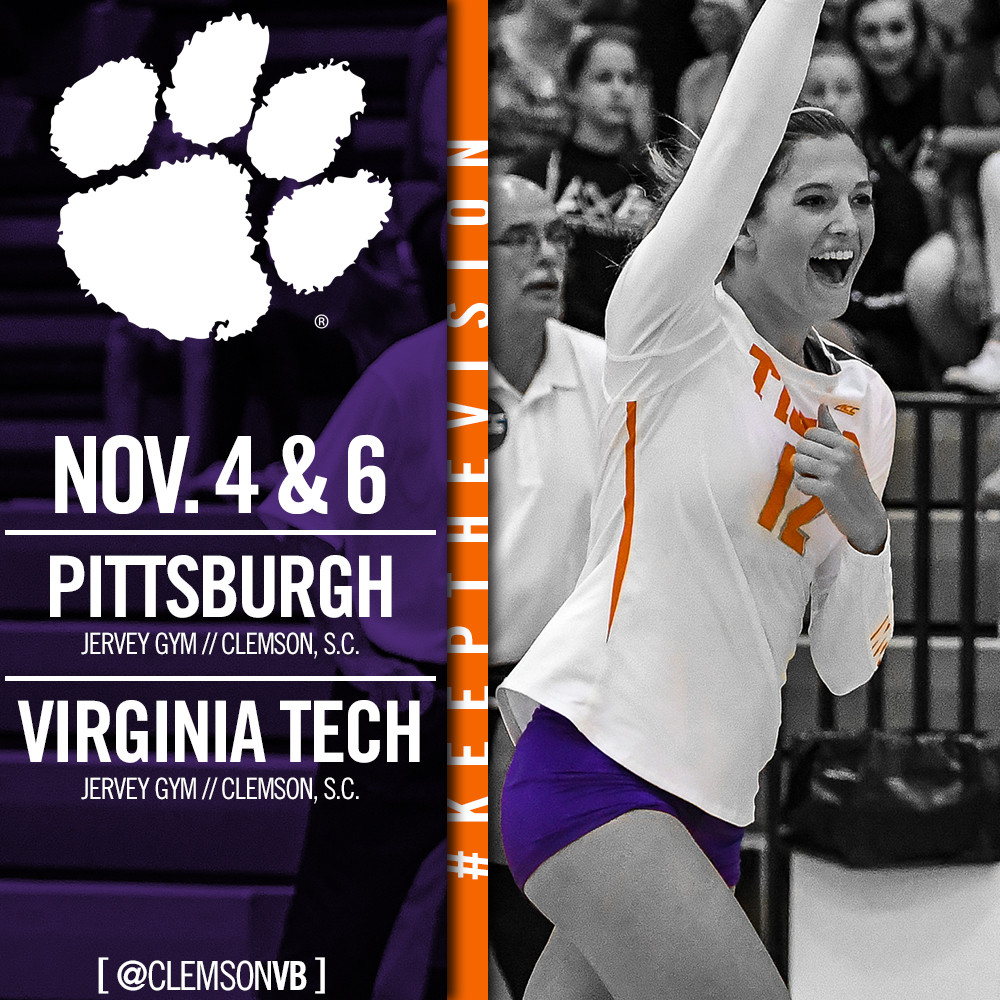 CLEMSON, S.C. – This weekend, Clemson continues its brief home stand with matches against Pittsburgh and Virginia Tech. The Tigers welcome the Panthers on Friday, November 4 at 7:00 p.m., followed by their match with the Hokies at 1:00 p.m., on Sunday, November 6.

Last time out, the Tigers fell in four sets to Virginia despite impressive efforts from Jaden Light, Megan McGinley and Kailey Harvell while Leah Perri and Emily Curtis continued their success this season. Both, Light and McGinley provided significant offensive support out of the middle as McGinley logged nine kills and her first collegiate ace while Light turned in a career-best effort in which she killed seven balls on 13 swings with just one error to hit .462. McGinley’s performance gives her seven kills or more in three of her last five matches and she has also hit .364 or better in three of the last five matches as well.

Harvell turned in an efficient offensive line on the outside against the Cavaliers, hitting .278 with eight kills and two blocks to her credit. Perri led the Tigers with 16 kills in the contest and hit .205 en route to her 20th match of the season with 10 kills or more. She now ranks sixth in the ACC in kills per set (3.58), kills (333) and points (382.5) and is fourth in points per set (4.11).

In her ninth straight start at libero, Curtis finished with 15 digs to tally her eighth-straight match with 10 digs or more her 12th match of the season surpassing 10 in a match. Taylor Daniel has led Clemson’s serving efforts of late as the sophomore setter has aced opponents in each of her last four matches. As a team, Clemson ranks third in the ACC with 117 service aces and fourth in the conference averaging 1.26 aces per set.