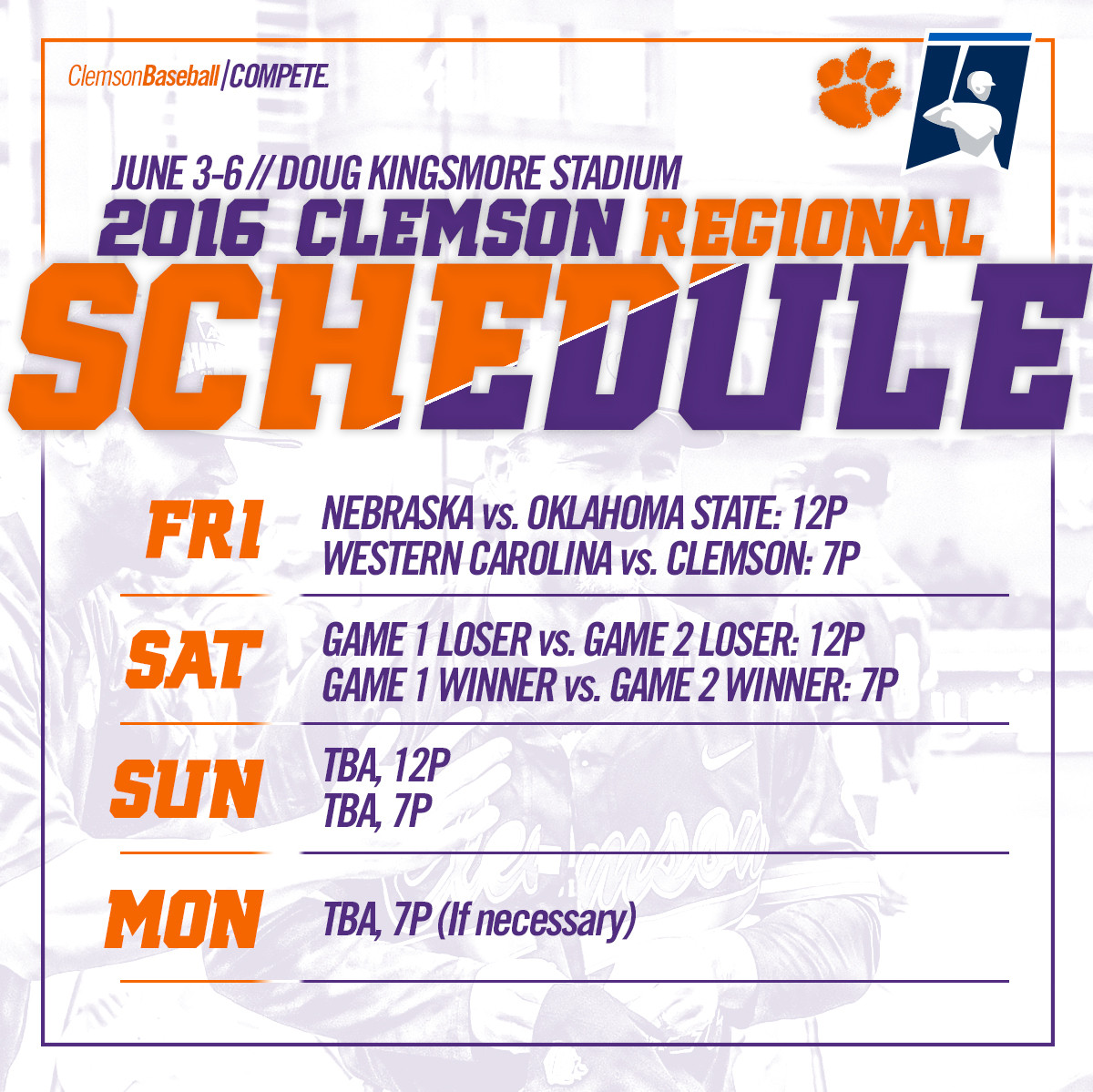 CLEMSON, S.C. – The 2016 ACC Tournament Champion Clemson Tigers were one of 16 programs selected to host an NCAA Regional for the 70th-annual Division I Baseball Championship, announced Sunday night by the NCAA. The regional will begin at Doug Kingsmore Stadium on Friday.

Clemson is the No. 1 seed, while No. 2 seed Oklahoma State, No. 3 seed Nebraska and No. 4 seed Western Carolina round out the regional. Game times are noon and 7 p.m., on Friday, Saturday and Sunday, and 7 p.m. for the if-necessary game on Monday. The Tigers are also the No. 7 national seed, their fourth national seed in history and first since 2006.

This will be the 14th time since 1980 that Clemson hosts a regional and the first time since 2011. The Tigers will be making their 29th NCAA Tournament in the last 30 years and eighth in a row. In 2016, Clemson has a 42-18 record with nine consecutive wins.