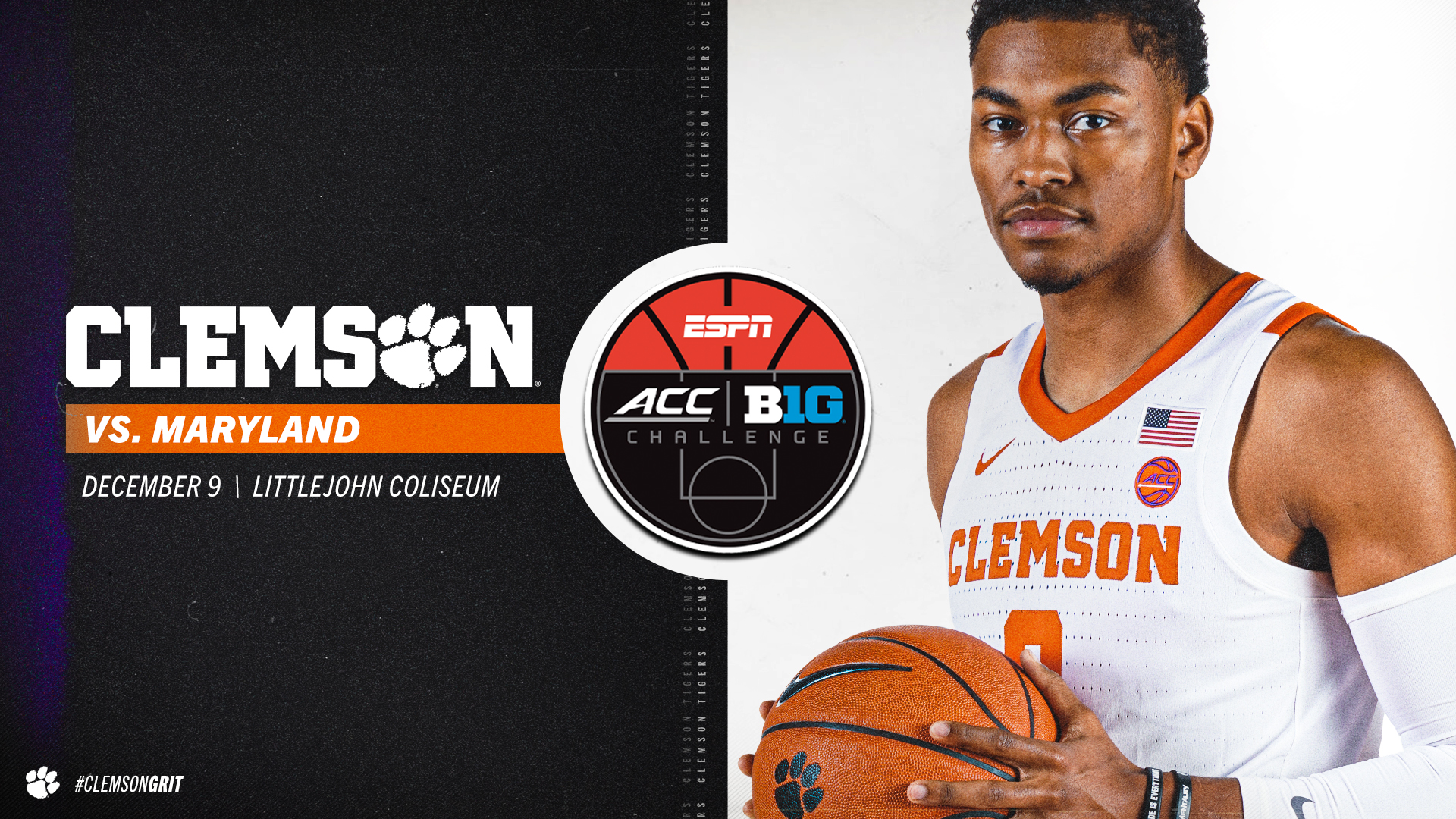 CLEMSON, S.C. — Clemson University men’s basketball will host former ACC foe Maryland in the 2020 ACC/Big Ten Challenge. It will be played on Wednesday, Dec. 9 with the time and network designation to be announced at a later date by ESPN.

Clemson is 50-90 overall against Maryland, but conversely is 36-27 against the Terps in the friendly confines of Littlejohn Coliseum.

The Tigers and Terrapins last played during the 2013-14 season; Maryland’s last as a full-fledged member of the ACC before moving on to the Big Ten. Clemson won its last contest against Maryland on March 2, 2014 in a double-overtime thriller, 77-74.

Clemson holds an 11-9 advantage in the ACC/Big Ten Challenge and the 11 wins are tied for the fourth-most among all 29 ACC and Big Ten programs that have taken part in the challenge over the years. In fact, the 11 victories in the 20+ year series are more than any Big Ten program with the exception of Purdue. The Tigers hold a 5-5 record at home in the challenge.

Maryland finished last season 24-7 overall and claimed the Big Ten regular season championship with a 14-6 mark in conference play. Of those 24 victories, 16 came at home as the Terrapins were just 5-6 in true road contests.