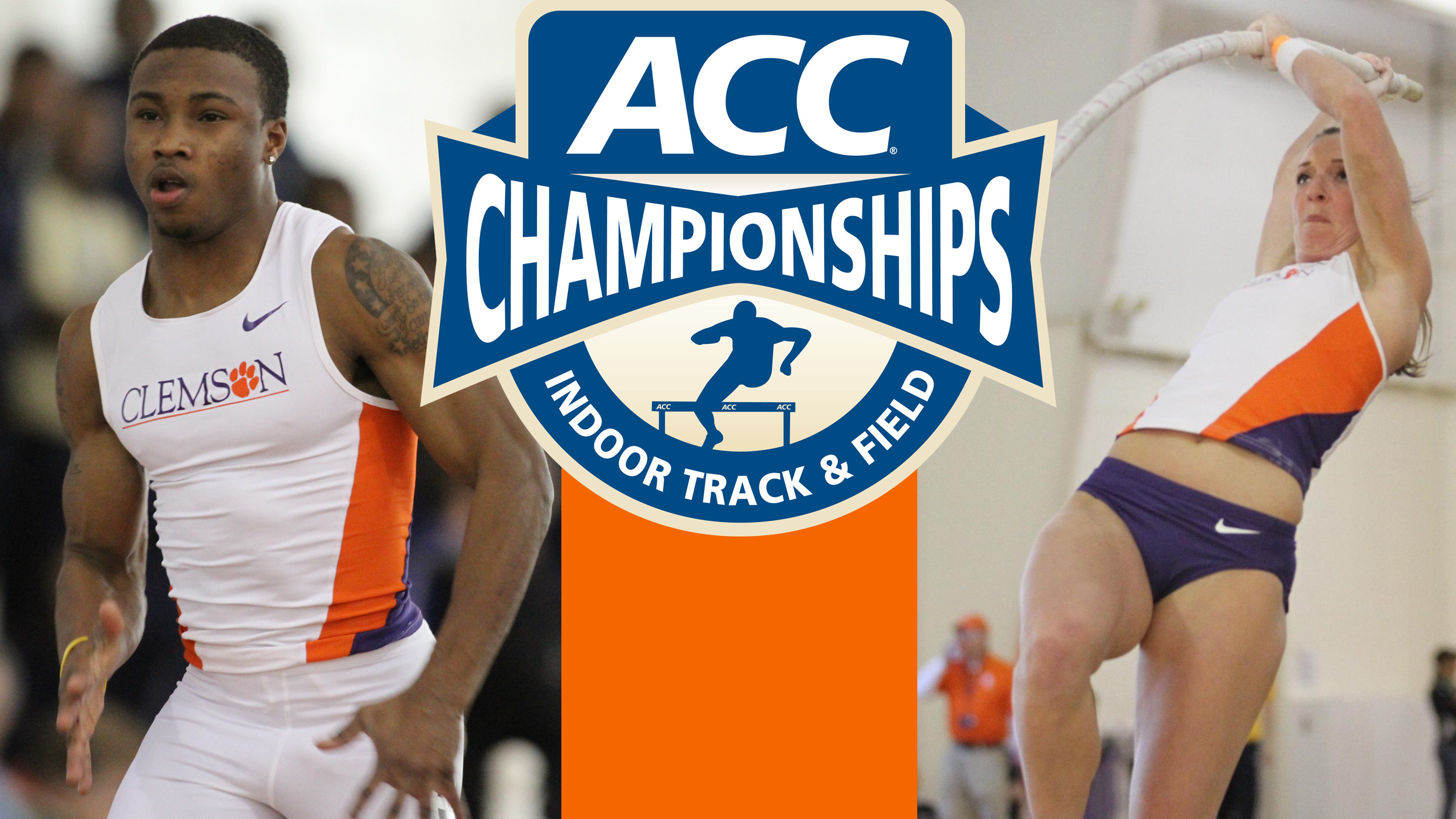 CLEMSON, SC – The combined Clemson men’s and women’s track & field program is set to host the 2014 ACC Indoor Championships this Thursday through Saturday at the school’s indoor track facility. The meet features all 15 schools in the ACC. The competition gets underway Thursday with the multi-event and distance medley relay competitions, before a full day of track events and field events Friday and Saturday. ESPN3 is set to stream Friday’s action beginning at 4 p.m., and Saturday from 12 noon through the conclusion of competition.

Clemson, under the direction of first-year Head Coach Mark Elliott, is hosting the event for the third time since the indoor track opened in 2003. The last time the ACC Championships were held in Clemson was 2007, when freshman phenom Jacoby Ford burst onto the scene with a memorable win in the 60-meter dash.

Below are a few notable items on Clemson’s two teams as they prepare for all the action at the #ACCITF this week.

Men Hope to Build Off Third-Place Showing From 2013

Can I Get an Encore?