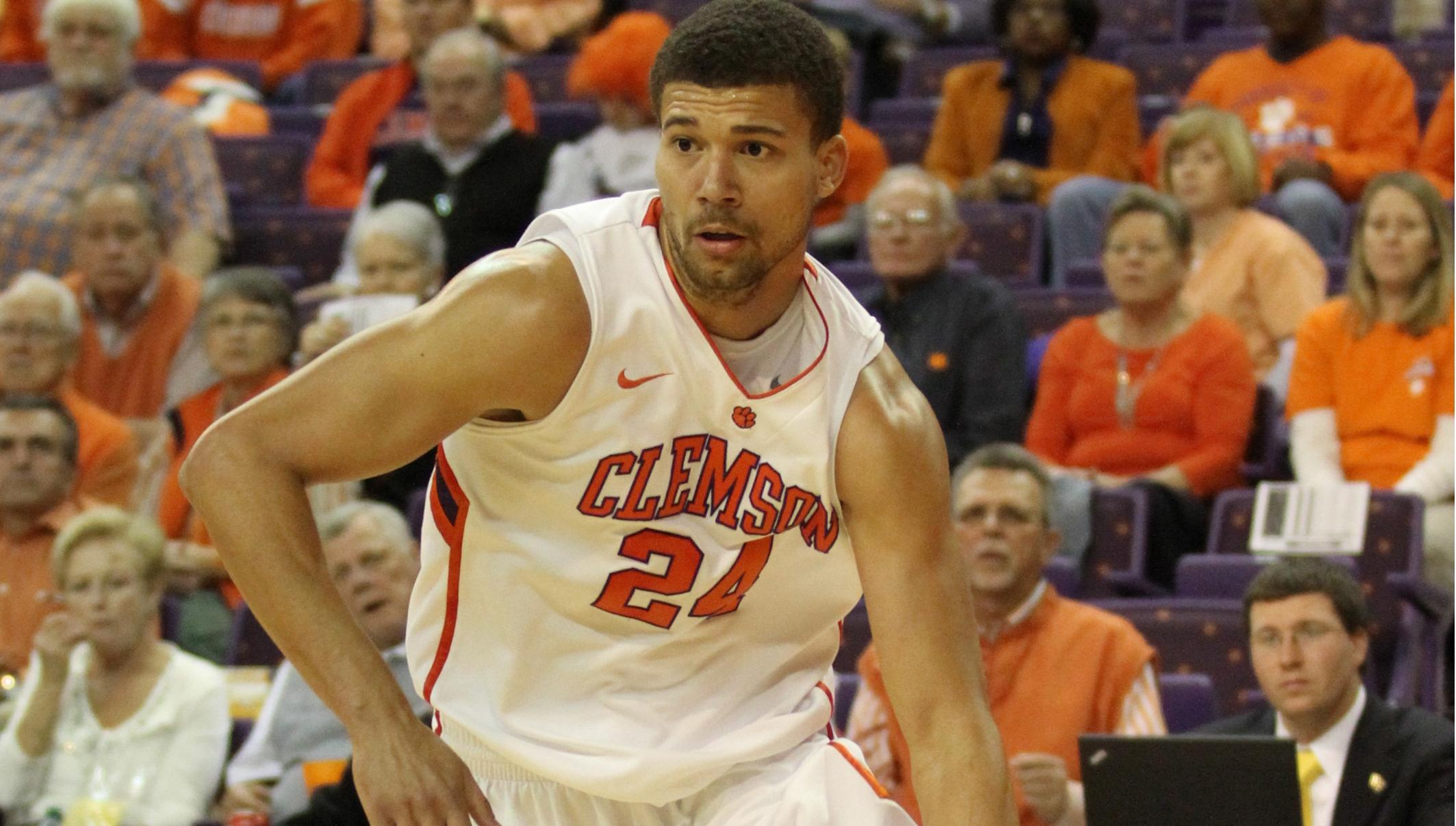 QUICK FACTS• Clemson and Virginia will face one another for the 121st time in men’s basketball on Thursday. It will be the second meeting this season, as Clemson defeated UVA by a score of 59-44 at Littlejohn Coliseum on Jan. 12.• In the first meeting between the two teams, Milton Jennings scored a then career-high of 21 points and made 5-of-8 from three-point range, while adding 11 rebounds for his first 20 & 10 game of the 2012-13 season.• Clemson shot 77 percent in the second half of the game against Virginia on Jan. 12, the second-best shooting percentage in a half in 86 games under Head Coach Brad Brownell. The only higher percentage was .850 in 2010-11 at home against Georgia Tech in the second half.• Clemson will attempt to make it a home-and-home sweep of Virginia in the regular season, a feat the program has not accomplished since the 2002-03 season under Larry Shyatt.• Virginia has won the last two over Clemson in Charlottesville by a combined six points. Clemson lost 49-47 in Brownell’s first season despite trailing by 16 at halftime, and 65-61 last season after leading by four at the break.• Thursday’s game will mark the five-year anniversary to the day of Clemson’s lone win at John Paul Jones Arena. On Feb. 7, 2008, Clemson made 16-of-26 from three-point range and defeated UVA by a score of 82-51. The 31-point margin of victory is Clemson’s largest in an ACC road win.• The Tigers are 4-5 in the ACC and fell short in their last outing at Boston College, 75-68. BC shot 57.8 percent, the highest any Tiger opponent has shot from the field this season.• Devin Booker joined the 1,000-point career club with a 19-point effort at Boston College. He is the 36th player in Clemson history to surpass the 1,000-point mark. He and older brother Trevor became just the fifth set of brothers in ACC history to both score more than 1,000 career points.• Booker tied a career-high with eight offensive rebounds in the game at Boston College. He has 65 for the season, 3.1 per game, a figure that ranks second among ACC players.• Adonis Filer has scored in 20 of Clemson’s 21 games and is on pace to become the Tigers’ best freshman scorer (7.5 points per game) since Demontez Stitt and Terrence Oglesby in 2007-08.