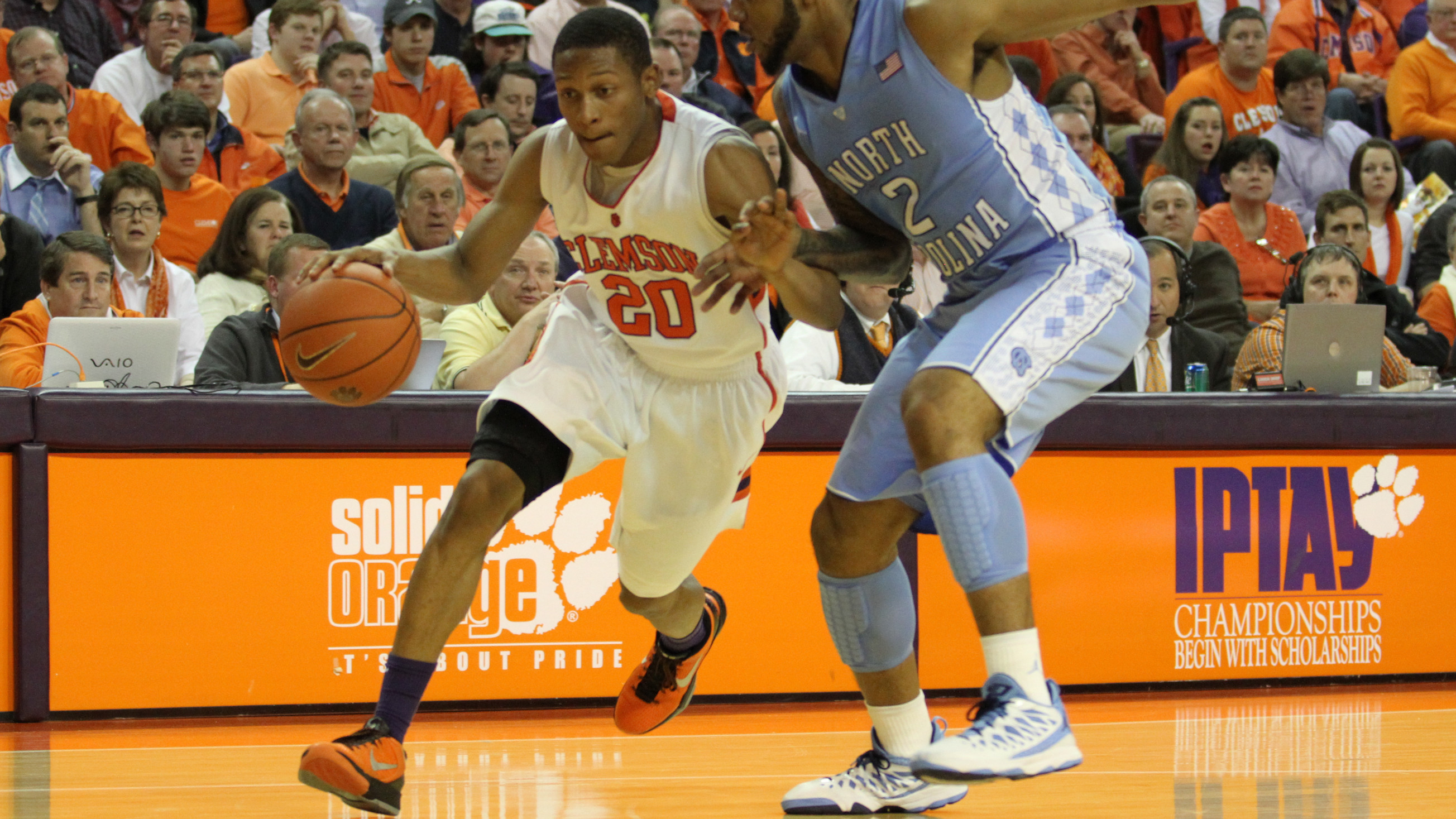 CLEMSON, SC – Clemson, the 11th seed, will face sixth-seeded Florida State in the opening round of the ACC Tournament on Thursday, March 14.  The game will be televised by both ESPNU and the ACC Network and is slated to start at 9:00 PM, or 20 minutes after the conclusion of the Maryland vs. Wake Forest game.  The game will be held at the Greensboro Coliseum for the first time since 2011, and for the third time in the last four years.  The winner of Thursday’s contest will face No. 3 seed North Carolina in the same time slot on Friday.

Thursday’s game will be the seventh meeting between the two since Florida State joined the league.  The Seminoles hold a 4-2 advantage all-time in tournament play.  Interestingly enough, the team that has won the most recent regular season game has lost the ACC Tournament game all six previous meetings.  That includes three times when one of the teams had swept the regular season.  That occurred most recently in 2007 when the Seminoles defeated the Tigers when the tournament was in Tampa after Clemson had won the two regular season meetings.  Clemson won games in 1993 and 2001 under that scenario – its only two wins in the ACC Tournament over Florida State.

The Tigers and Seminoles have met twice already this season.  Florida State swept the regular season series, winning 71-66 at Clemson on Jan. 5 and 60-57 in Tallahassee on Jan. 24.  In the second meeting, FSU senior Michael Snaer banked in a three-pointer at the buzzer to lift the ‘Noles to victory.

The first matchup between the two saw the Seminoles jump out to a 24-8 lead less than 10 minutes into the game.  Clemson battled back to only a three-point deficit five separate times within the last seven minutes, but FSU had an answer every time and held on to win.  Clemson shot just 38.9 percent in the Jan. 5 meeting, while Florida State made 10-of-23 from three-point range.

In the second matchup, Clemson controlled the game for the better part of 40 minutes at the Donald Tucker Center.  The Tigers actually led by a margin of 13 at 29-16 with 1:40 to play before halftime, but did not see their lead slip away until the final buzzer sounded on Snaer’s three.  Devon Bookert had tied the game at 57 moments earlier before Clemson’s K.J. McDaniels missed a desperation three from the wing with the shot clock expiring to set up Snaer’s heroics.

Clemson finished the regular season with a 13-17 overall record, 5-13 in the ACC.  The Tigers were led in scoring and rebounding by senior Devin Booker, who averaged 13.2 points and 7.6 rebounds per game.  Two other players – K.J. McDaniels (10.7 ppg) and Milton Jennings (10.4 ppg) – averaged double figures for Brad Brownell‘s team.  The Tigers finished the ACC regular season second in the conference in scoring defense, yielding just 59.7 points per game.

Florida State compiled a 17-14 overall record and 9-9 conference ledger.  The Seminoles, the defending tournament champions, are led by Snaer’s 14.5 points per game average.  Okaro White is a second player in double figures, averaging 12.2 per outing.  The Seminoles led the ACC in the regular season with 5.0 blocked shots per game.