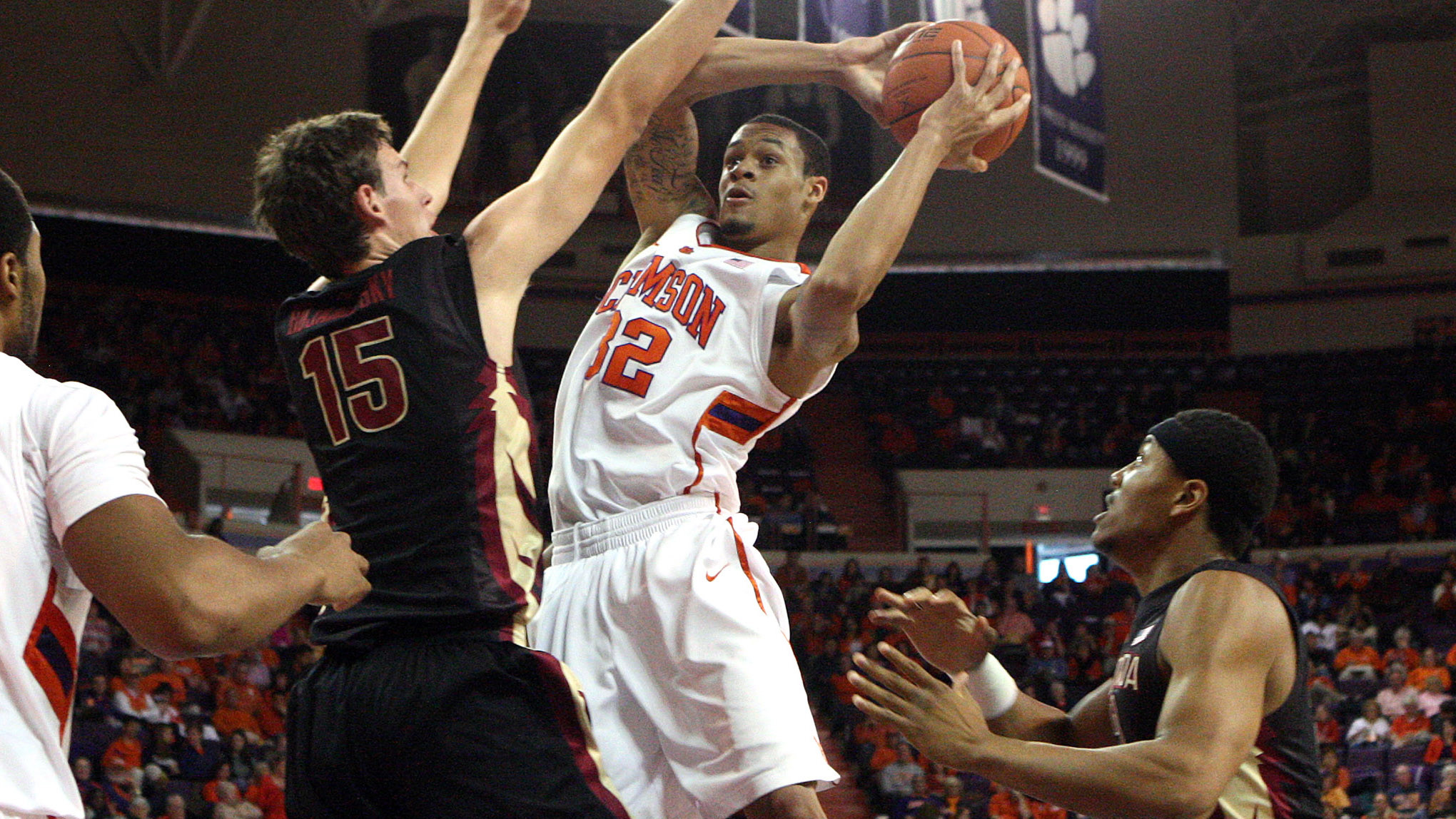 QUICK FACTS• Clemson and Duke meet for the 133rd time on the hardwood on Tuesday. The Blue Devils hold a resounding 103-29 lead in the series history, and Duke has won the last four meetings after Clemson won back-to-back games in 2008 and 2009.• Clemson enters Tuesday’s tilt with an 8-5 record, 0-1 in the ACC. The Tigers dropped their season opener at Florida State on Jan. 5 by a 71-66 score.• Duke is the nation’s top ranked team and is 14-0 on the season and 1-0 in conference after defeating Wake Forest at home over the weekend to open league play.• This will be Clemson’s 32nd game against the nation’s top ranked team. Clemson owns two wins over the nation’s No. 1 team, defeating Duke in 1980 and North Carolina in 2001.• The Tigers have defeated 13 ranked Duke teams over the years, most recently in the 2008-09 regular season at home by a 74-47 score.• This will be the 14th time Clemson has faced Duke when the Blue Devils are ranked first in at least one of the national polls.• Clemson will face a stiff challenge from the perimeter, as Duke leads the ACC and is fifth in the NCAA in three-point shooting with a .421 figure.• Tuesday’s game will feature the top two teams in the ACC in turnover margin. Duke is atop the conference stats with a +4.4 figure, while Clemson is second with a +3.5 margin.• Devin Booker is coming off a 19-point outing against Florida State, his high point total against an ACC team over the course of his career. Booker tied a career-high with eight field goals and notched a double-double with 11 rebounds.• Booker needs 13 rebounds to reach 20th on the Tigers’ list of career leaders. He has 595 for his career and just passed Greg Buckner for 22nd in Clemson history in the last game.• Jordan Roper has reached double figures in the scoring column in four of the past five games, including 11 in the ACC opener versus Florida State. Roper has made nine three-point shots in that five-game stretch.• Milton Jennings was 3-for-5 from three against Florida State and is shooting a career-best 43.6 percent from long range on the season. He has a team-best 17 three-pointers, and needs just eight makes to surpass his previous season-high as a Tiger.