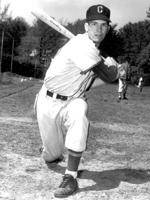 The dedication of Doug Kingsmore Stadium will take place Wednesday evening, April 9 just prior to the final meeting of the year between Clemson and South Carolina. The first pitch is scheduled for 7:15 PM. The game will be televised by Comcast/Charter Southeast.

Clemson has spent the last year significantly renovating the stadium to include a new press box, batting cages, seats, dugouts, an entrance, and eating and restroom facilities, changes that make it among the top stadiums in the nation.