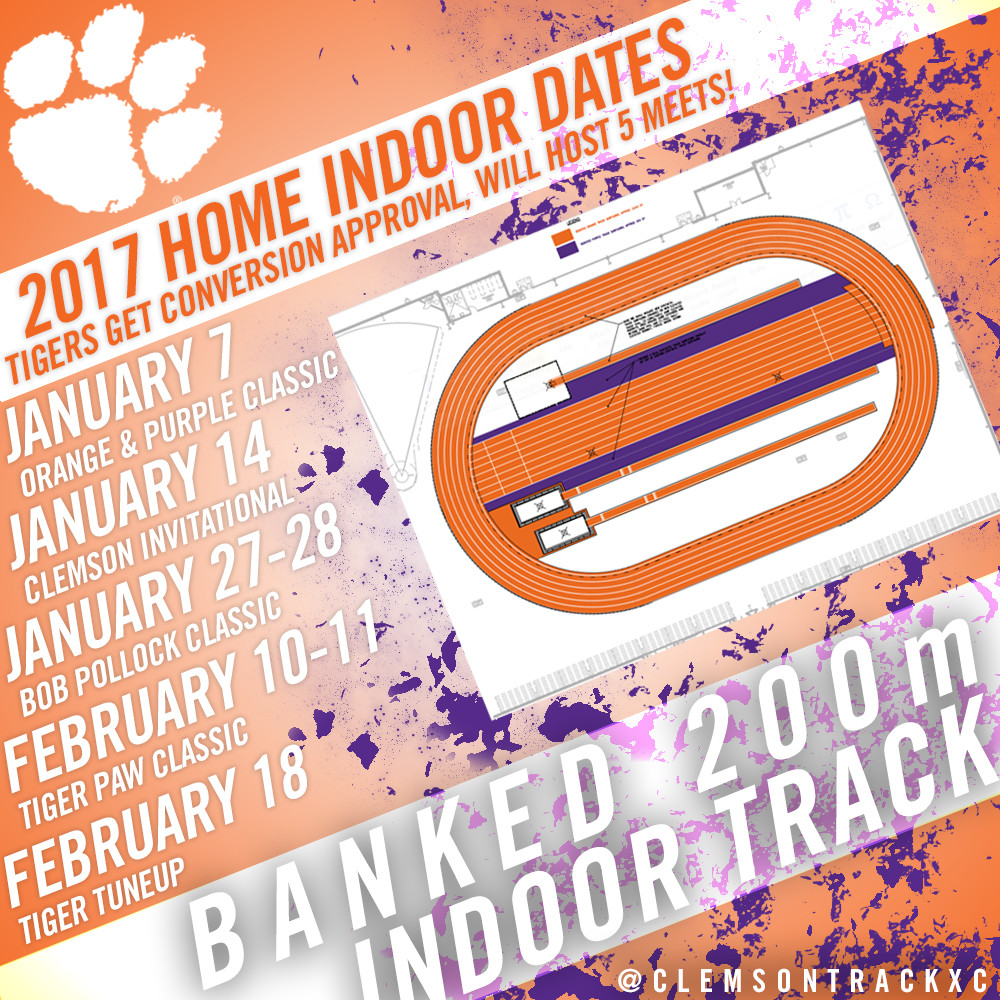 CLEMSON, S.C. — The Clemson track & field program will convert its existing indoor track to a new banked surface, making it one of the nation’s premiere and fastest facilities. Mondo, the manufacturer of the Super x720 surface, first made the announcement Tuesday.

“It’s an exciting step to now have a facility that will allow our athletes an opportunity to compete against the best,” said head coach Mark Elliott. “The type of track you run on actually matters; it’s not just dependent on having great athletes. Having one like we’re getting is clearly an advantage for our athletes. Plus, it provides us more of an opportunity to stay home and reduce our travel early in the season. Moving forward, the goal is to have some of the top teams from around the country compete in Clemson.”

Clemson’s indoor facility will feature a six-lane (42 inches wide) track with banking that rivals that of the University of Arkansas’ Randal Tyson Track Center, home to numerous NCAA Indoor Championships over the years. The track will feature eight straightaway lanes (48 inches wide) in the center of the facility for short sprints and hurdles.

The infield will also feature new elevated runways for the horizontal jumps and pole vault as well. All runways are 48 inches wide and will feature the same Super x720 surface.

As a result of the track enhancements, Clemson has also announced that it will host five indoor meets in 2017. The Tigers look to bring in some of the top teams throughout the nation to compete next season. The confirmed dates are as follows: