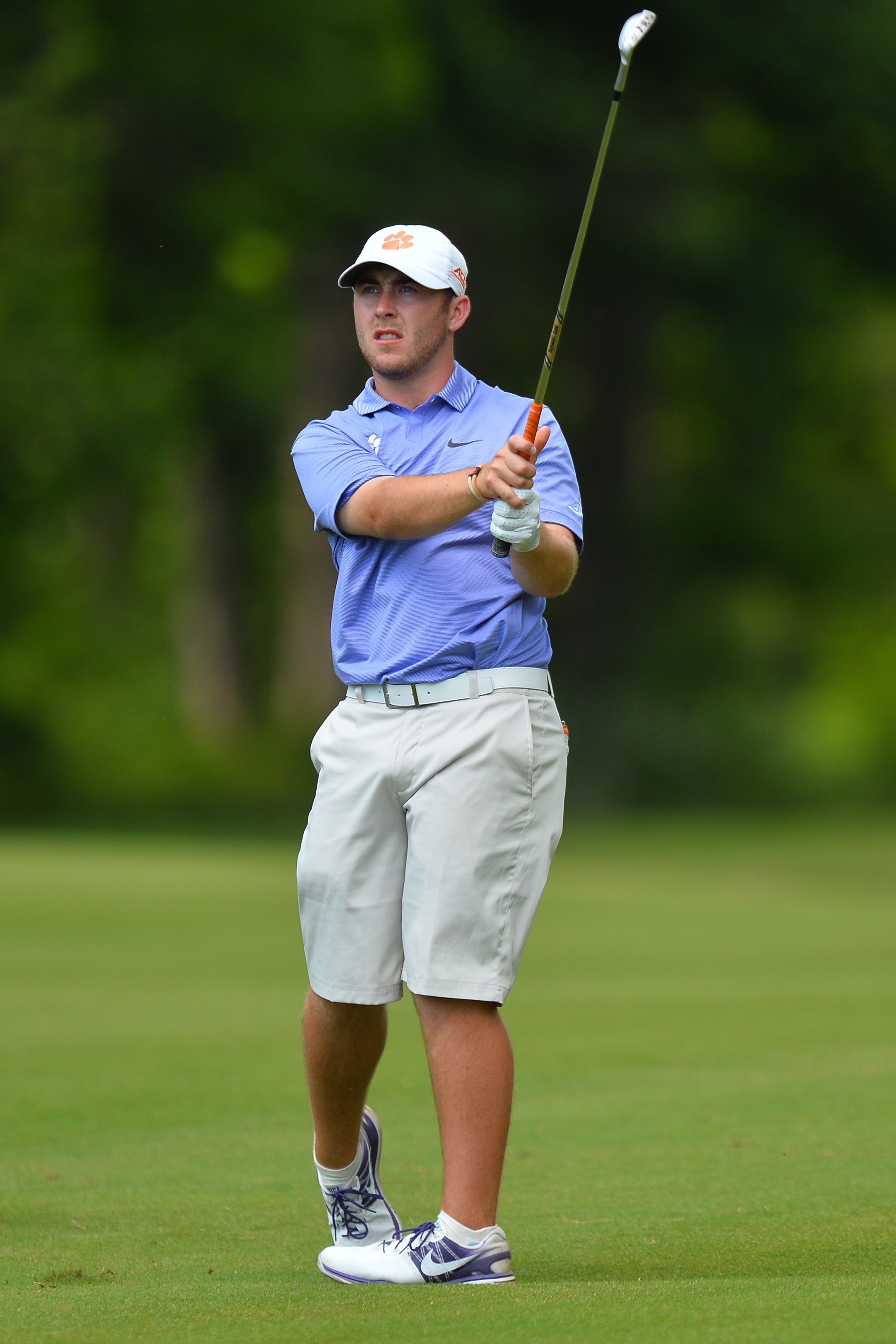 Clemson, S.C.—Austin Langdale returns to the Clemson lineup this weekend as the Tigers compete in the top tournament on the fall college schedule.   Clemson will be one of 11 top 25 teams at the Golf Club of Georgia Collegiate in Alpharetta, Georgia.   Seven of the top 10 teams in the nation according to the latest Golf Coaches Association poll will take part.

Langdale, an honorable mention All-American and first team All-ACC player for Clemson’s 2016 ACC Championship team, has missed the first three tournaments this fall due to a shoulder injury.  He finished 25th at this event last year with a 218 score, two-over-par.

Freshman Doc Redman has the top stroke average for Clemson so far at 70.33 for his nine rounds. That includes five rounds under par, and one of those was a nine-under par 63  at the Jackrabbit in Nebraska that tied the Clemson record for a single round.

Bryson Nimmer has the second best stroke average at 70.67.  He already has a pair of top 10 finishes and is six-under-par for his nine rounds so far this year. Senior Carson Young has a 71.89 average so far this year thanks to three under par rounds.    Young finished 15th with a 215 score at this tournament last year.   Josh Fickes also will be in the Clemson lineup and has a 74.0 average for the year.

This is the 13th time Clemson has played in the Golf Club of Georgia Collegiate.  Clemson won the tournament in the fall of 2005 and the fall of 2008.  Larry Penley’s team had a strong third-place finish out of 17 teams last year.

Where: The Golf Club of Georgia, Alpharetta, Georgia.

Tee Times:  Clemson will start play Friday at 10:00 a.m. at the Creekside Course, then start at 9:55 a.m. on Saturday at the Lakeside Course.    Play on Sunday begins at 8 a.m. with teams beginning on the 1st and 10th tees.  Start times will be based on team standings after two rounds.