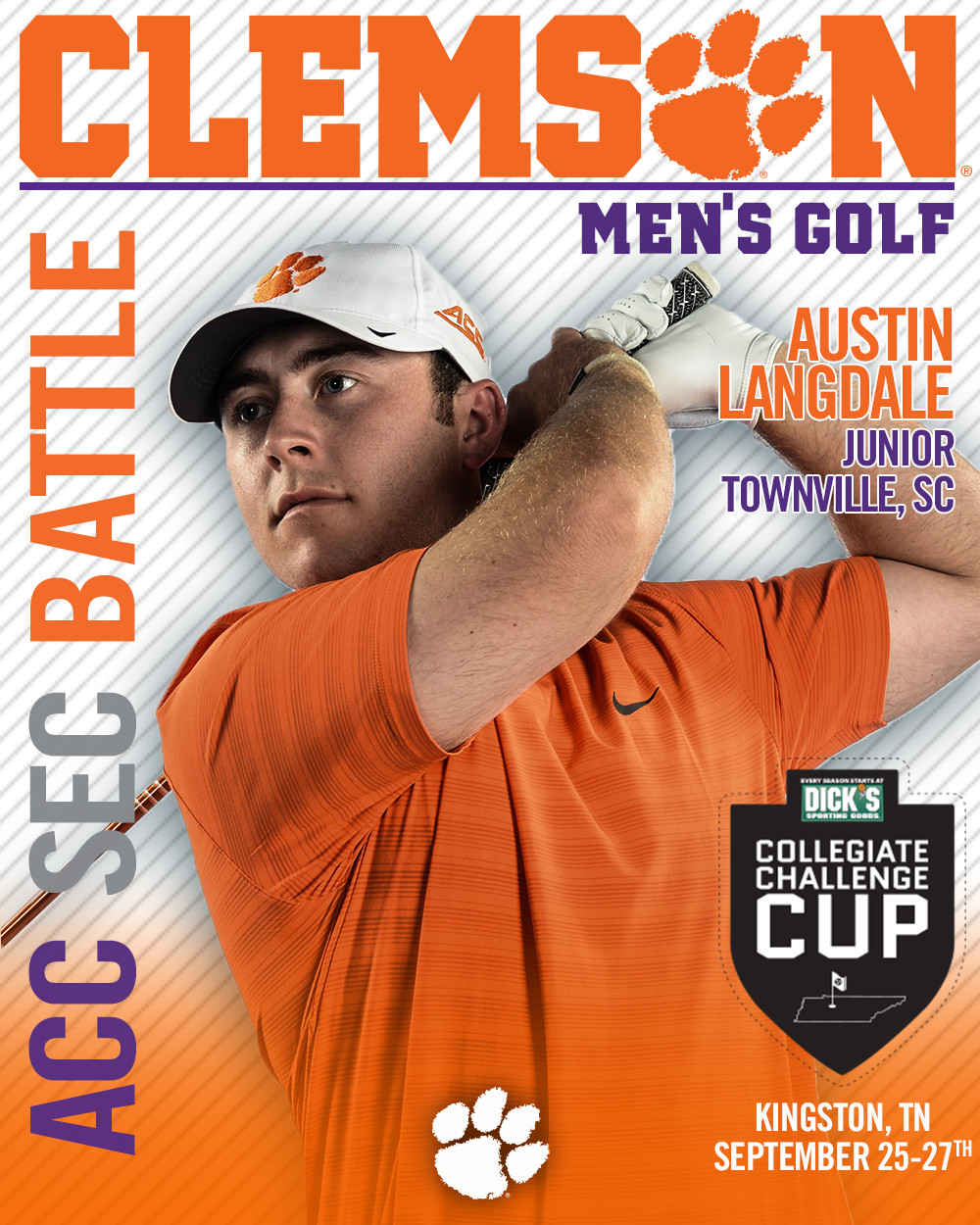 Last Year:   Clemson finished in seventh place out of 12 teams at the Dick’s Sporting Goods Collegiate Cup Challenge.  Cody Proveaux (not playing this week) led Clemson with an 11th place finish and a 213 score, even par. Miller Capps was 16th with a 217 total, Stephen Behr was 39th at 224 and Carson Young was 60th with a 237 score.  Clemson then won its match play against Mississippi, 3-1-1.

Clemson Notes:  Clemson is ranked third in the nation in the first Golfweek poll off a second-place finish out of 14 teams at the Carpet Classic two weeks ago.  Stephen Behr and Austin Langdale tied for second individually in that event and are ranked in the top five in the nation according to the most recent Sagarin rankings.  Freshman Bryson Nimmer will make his Clemson debut this weekend after winning a qualifier for the last position.  He had scores of 69-74-69 to win the qualifier by three shots…eight of the 12 teams in the field are ranked in the top 25 in the nation according to Sagarin.