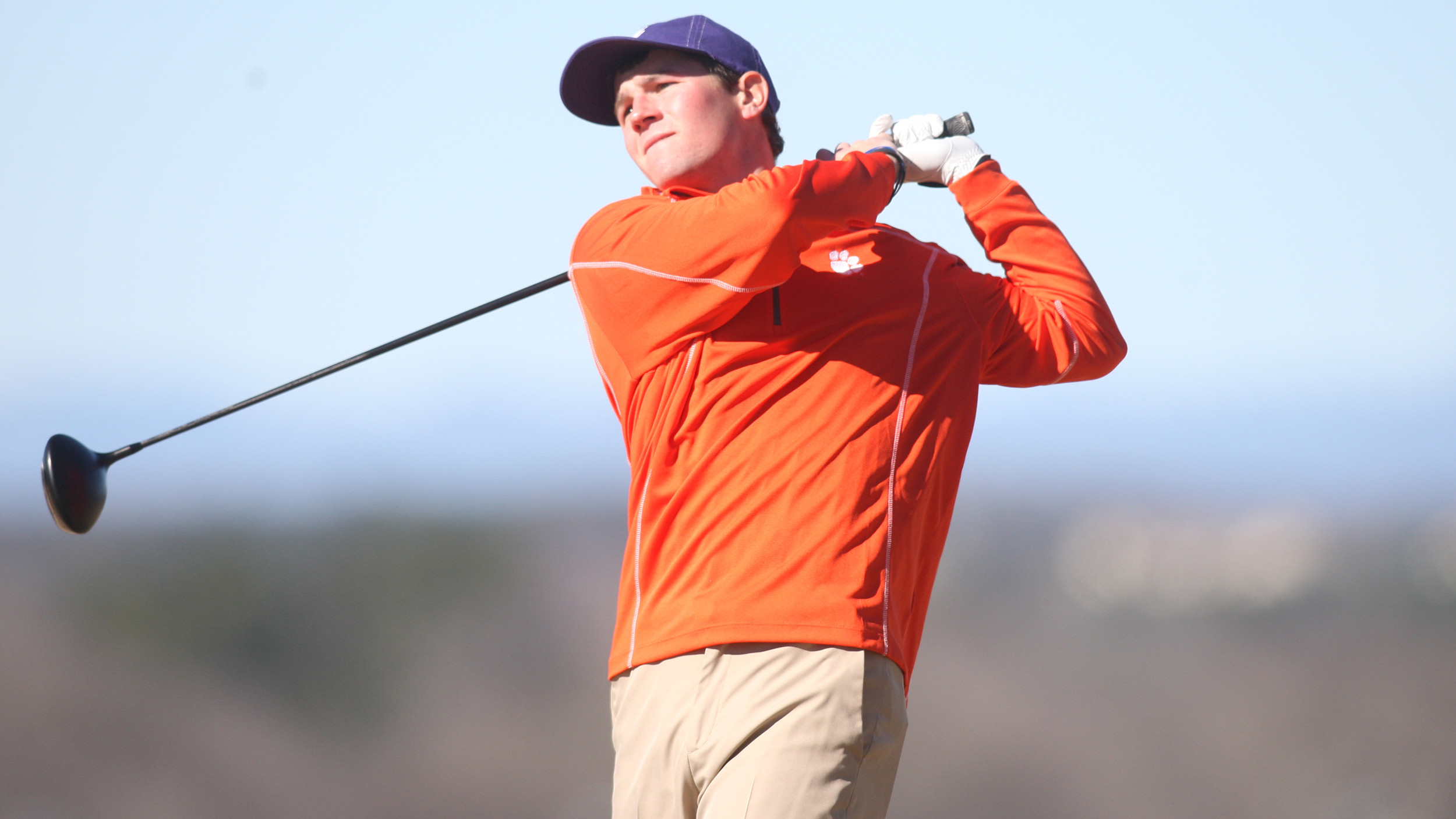 CLEMSON, S.C. – Sophomores Miller Capps, Cody Proveaux and Stephen Behr will lead the Clemson golf team to the Wolfpack Spring Open this weekend at the Lonnie Poole Golf Course in Raleigh, NC.  The 14-team tournament is a two-day 36-hole event that will be played on one of the six sites for the upcoming NCAA Regional May 15-17.

The field includes ACC teams Virginia, Duke and NC State.  Clemson finished third at the tournament last year with a 582 score, six over par.  The course will play to 7,358 yards this year, the longest course the Clemson team will play this year.

Capps led Clemson at the Wolfpack Spring Open last year with rounds of 67-73 and a third place finish. That opening round 67 is one off his career best round.   So far this year, the native of Denver, N.C. is second on the team in stroke average at 72.45.

Proveaux and Behr also return to the Lonnie Poole Course for the second straight year.  Both finished in 15th place last year at 147.  Proveaux has a 73.43 stroke average for seven tournaments this year, while Behr has a 72.34 figure, best on the team.

Joining the three sophomores in the lineup this weekend will be freshman Austin Langdale and Carson Young.  Langdale is third in the team stroke average with a 72.90 figure.  His spring includes a victory at the Cleveland Golf Palmetto Classic last month.  Young has a 74.71 average for the year.

Clemson will play with George Mason and Virginia in the first round on Saturday.  The Tigers will tee off between 8:30 and 9:06 AM.  Fans can follow the scoring on GolfStat.com.

For fans wishing to attend the tournament, it is free of charge.  The address for the Lonnie Poole Golf Club is 1509 Main Campus Drive, Raleigh, N.C. 27606.