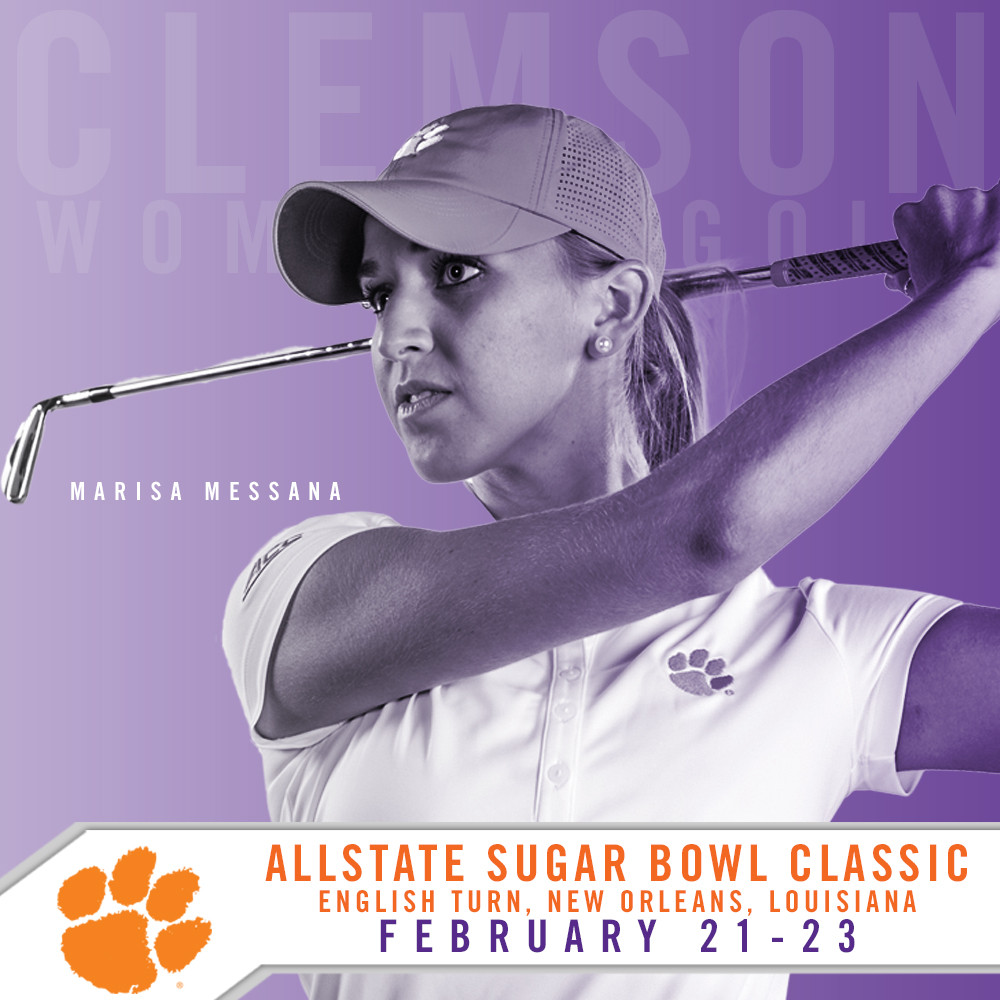 Clemson, S.C.—The Clemson women’s golf team returns to the course for the second straight week at the sixth annual Allstate Sugar Bowl Invitational at English Turn in New Orleans, La.   Clemson is one of 16 teams in the field that includes seven of the top 25 teams in the nation.  The field includes four teams from the SEC, three from the ACC and Pac 12, one from the Big 10 and one from the Big 12.

This will be Clemson’s sixth tournament of the year and second this spring.   The Tigers have  a 48-32-2 record against the field in the previous five events.   Clemson returned Tuesday night from a 16th place finish at the Lady Puerto Rico Classic.  J.T. Horton’s team will take two freshmen, two juniors and a sophomore to this year’s All-state Sugar Bowl Tournament.

Tournament History:  This will be Clemson’s third appearance in the Allstate Sugar Bowl.  The event was started by Clemson Head Coach J.T. Horton, who was the head coach at Tulane prior to coming to Clemson.  Clemson finished fifth of 17 teams in 2014 and 14th of 15 teams last year.    Sloan Shanahan, who will be in Clemson’s lineup this weekend, finished sixth as a freshman at the Allstate Sugar Bowl with a 211 score, five-under-par.  She had rounds of 71-70-70, the only time she has had three under-par rounds in the same tournament.  Current junior Jessica Hoang had a 226 in the 2014 event and a 236 last year.  She was Clemson’s second best player last year.  Messana was the top Clemson player in 2015 with a 235 score.

Clemson in 2015-16:    Clemson has a 48-32-2 record against the field in its first six events.    The fall was highlighted by a second-place finish at the Yale Women’s Intercollegiate and a fifth-place at the Cougar Classic in Charleston.    Clemson freshmen Alice Hewson and Lauren Stephenson have already combined for three victories.  Hewson was co-medalist at the Cougar Classic and won the Lady Paladin Invitational, while Stephenson was co-medalist at Yale.  Jessica Hoang and Lauren Stephenson were Clemson’s top players last week in Puerto Rico.  Hoang finished strong with scores of 72-73 in the last two rounds, while Stephenson had a 71 in the first round and was tied for sixth place.  Both ladies finished 34th for the 54 holes with scores of 226.